China's unique model of modernization has contributed to the global development and governance system in various international organizations for a long time. This year, China celebrates the 50th anniversary of the restoration of its lawful seat at the United Nations. This was an important step not only for China but also for the UN. Without it, the UN could not fully play its global governance role and enjoy global legitimacy.

On Oct 25, 1971, at its 26th session, the UN General Assembly adopted with an overwhelming majority Resolution 2758, which restored all the lawful rights of the People's Republic of China at the UN and recognized the representatives of its government as China's only legitimate representatives at the UN.

Many countries, especially developing countries which understood that China was a major developing country, celebrated the move. Since then, China has cooperated with many UN member countries. China's peacekeeping forces started participating in UN operations 30 years ago. China has sent more than 40,000 peacekeepers on 25 UN missions. Among the permanent members of the UN Security Council, China is the country with the highest number of peacekeeping troops and is the second-largest financial contributor to these missions.

There has been an unprecedented increase in the standard of living for more than a billion people in China since 1979 and many other people around the world have benefited from China's development. China has lifted about 800 million people out of poverty over the past four decades, and eradicated absolute poverty in the country in 2020. The Chinese government managed the market economy actively, which helped its own rapid economic development. Reform and opening-up enabled large-scale global cooperation, which is an inspiration for many developing countries.

China's development can be seen as a unique kind of modernization continuing the trend of constant interactions between itself and other civilizations for thousands of years particularly via the historical Silk Road. China's Belt and Road Initiative revitalizes and updates the historical Silk Road, presenting opportunities for many people and countries to cooperate with China on the basis of mutual respect and multilateral cooperation.

Since it was announced, the Belt and Road Initiative has developed into a global project that encompasses Eurasia, Africa and Latin America and the Caribbean. As it has expanded to other parts of the world, it has contributed to developing a community with a shared future for humankind in this era of profound world changes. The initiative has played a significant role in global development, the eradication of poverty and the upholding of multilateralism.

The multilateralism advocated by China is an inclusive and collaborative approach based on the cooperation of many countries and regions. It stresses recognition of the particular conditions and needs of countries, their sustainable development and their equal relations with others in the world. This kind of cooperation maintains a balance between countries' sovereignty and their fruitful cooperation in the global system. It will not be easy for China and other UN member countries to overcome old unilateral tendencies, the COVID-19 pandemic, the energy crisis, poverty in many countries, climate change and other challenges. Thus, the enhancement of the multilateral global system is truly needed by the world.

The author is director and a senior fellow of the Centre of Global Studies in Prague and a member of the European Academy of Sciences and Arts. The author contributed this article to China Watch, a think tank powered by China Daily. The views do not necessarily reflect those of China Daily. 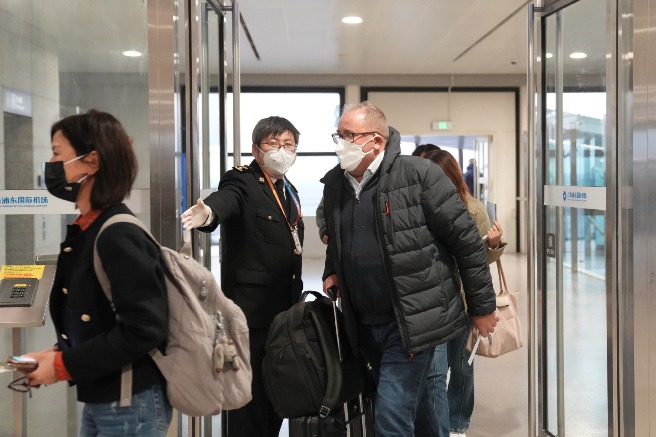