Hong Kong-related issues have always had a complex international background. The world should have a clear understanding of what has been done to the special administrative region (SAR) of China by external forces.

The Foreign Ministry of China on Sept 24 issued a fact sheet on its website enumerating US' intervention in Hong Kong affairs from February 2019 until July this year.

It says the US has enacted Hong Kong-related acts, vilified China's policy on Hong Kong, meddled in Hong Kong affairs, and wantonly interfered in China's internal affairs, as well as imposed sanctions in an attempt to obstruct the implementation in Hong Kong of the Hong Kong National Security Law and relevant decisions of China's National People's Congress (NPC).

The long list also includes US politicians and government departments that have repeatedly made unfounded charges against Hong Kong affairs and Hong Kong police's law-enforcement actions in an attempt to undermine Hong Kong's prosperity and stability.

The US has also shielded and supported those who are opposed to China and attempt to destabilize Hong Kong, provided platforms for them to advocate "Hong Kong independence" and spread political disinformation, and justified the acts of those lawbreakers by twisting facts and misleading the public.

The fact sheet also contains evidence of the US colluding with some countries to exert pressure, and teaming up with allies to interfere in Hong Kong affairs and make irresponsible comments by such means as joint statements.

The US acts on Hong Kong have fundamentally gone against the international law and the norms governing international relations. They are undermining Hong Kong's development and prosperity and siding against Hong Kong citizens. The intervention efforts from the US are ultimately a "Hong Kong card" played by Washington to contain China's development.

However, the more hypes the US makes about Hong Kong and the more it does to help its agents making troubles in Hong Kong, the more clearly people can see the US hypocrisy in pursuing double standard.

Why didn't the US applaud for the Capitol violence, since it cheered for the anti-China rioters who tried to destabilize Hong Kong? Why wasn't there anybody condemning the US security guards firing rounds at the demonstrators who attacked the Capitol building, or calling the martial law around the building by the US military a breach of human rights, since the righteous actions taken by the Hong Kong police to maintain orders were widely attacked by the US?

Obviously, for some US politicians, being right or wrong doesn’t matter . What they actually care about is if they can seize every opportunity to fabricate double-standard stories on democracy, freedom, human rights and the rule of law, so as to take these stories as an excuse to disturb other countries and to make them a fig leaf for the US hegemony.

Today's Hong Kong is a land of patriotism, and the Hong Kong citizens want a stable country with good governance and long-term prosperity. The enactment and implementation of the National Security Law for Hong Kong, as well as the improved electoral system of the SAR, have helped Hong Kong put an end to chaos and embrace governance and prosperity.

A concert celebrating the Mid-Autumn Festival was recently held in the Guangdong-Hong Kong-Macao Greater Bay Area. The joyful and passionate concert mirrored the Hong Kong citizens' aspiration to advocate the "one country, two systems" principle and "patriots governing Hong Kong," as well as their confidence in a better and more prosperous Hong Kong. It is believed that Hong Kong, integrated into China's national development, will surely achieve faster, bigger and better development.

China's central authorities recently issued a new plan for further developing a cooperation zone for the southern metropolis of Shenzhen and the Hong Kong SAR, which will ensure more inspiring development of the Greater Bay Area.

Apart from that, China's Ministry of Finance recently announced to issue a total of 20 billion yuan ($3.09 billion) of yuan-denominated treasury bonds in Hong Kong in three batches. It will better meet the demand for the allocation of yuan assets by international investors, and demonstrate China's confidence and determination in opening up to the outside world. This issuance will also help consolidate Hong Kong's position as an international financial hub and the world's largest offshore yuan center.

Those who conform to the magnificent trend of the times prosper, while those who go against it perish. The "political mire" that had long existed in Hong Kong is gone forever, and no one can contain China's development by playing the "Hong Kong card" anymore.

The US should respect China's internal affairs and stop meddling in Hong Kong affairs. It should never underestimate the firm determination of the Chinese people to safeguard national dignity and their legitimate interests.

Zhong Sheng is a pen name often used by People's Daily to express its views on foreign policy and international affairs. 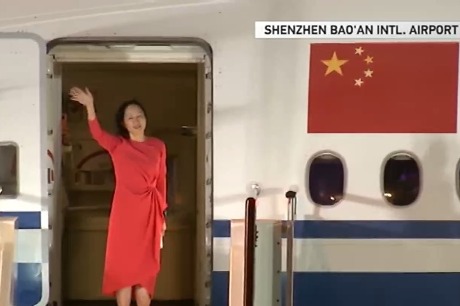 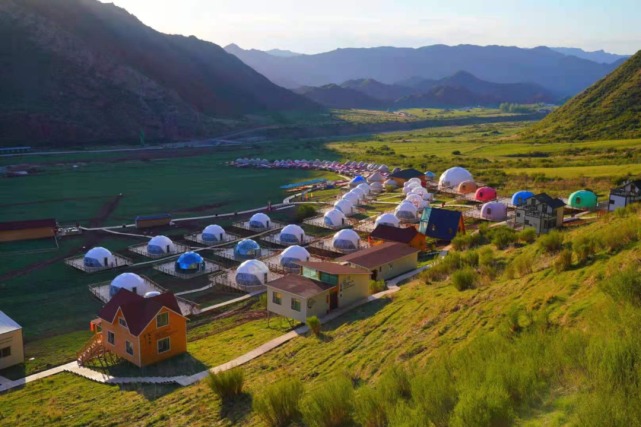