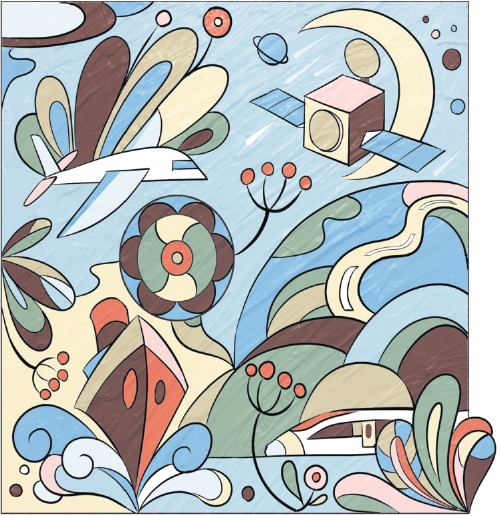 After winning the War of Resistance against Japanese Aggression (1931-45) and the War of Liberation (1946-49), the Communist Party of China founded the People's Republic of China in October 1949. In 1979, China launched reform and opening-up and created a socialist market economic system with Chinese characteristics. Seizing this opportunity, China's economy has maintained growth at an unprecedented scale and rate in history, surpassing Japan in 2010 to become the world's second-largest economy. The Centre for Economics and Business Research, a United Kingdom think tank, has predicted that China will surpass the United States to become the world's largest economy in 2028. China's GDP based in terms of purchasing power parity surpassed that of the US in 2014 to become the world's No 1.

China's tremendous economic achievements stem from the CPC's creative solution to the traditional socialist theory that socialism is incompatible with the market economy.

Based on the economic situations at home and abroad, the CPC has created new theories and policies to promote development, by "seeking truth from facts". The CPC and the Chinese people paid with blood and sweat to reach this point and the leader of the transformation was Deng Xiaoping.

This year marks the 100th anniversary of the founding of the CPC. Under the leadership of the Party, China has risen to become an economic power that has attracted the attention of the world and created an unprecedented historic cause. China plays a pivotal role not only in the global economy, but also in the fields of world politics and diplomacy. China stands in the forefront of maintaining the international order together with many emerging and developing countries.

The CPC has created brilliant and glorious achievements in human history and has become the largest and strongest communist party in the world. China is a country with a large population, and it is necessary to keep improving the way it is governed in such a complex country with diverse ethnic groups. At the same time, the CPC is confronted with the challenge of taking a leading role in ensuring the sustainable development of humankind and shoulders the enormous responsibility of being a crucial player in solving global issues that concern the future of human societies. The way to solve the problem is to pool the wisdom and strength of the world. China under the leadership of the CPC has a key part to play in this. At present, China's Belt and Road Initiative and the concept of building a community with a shared future for mankind are grand visions and fundamental strategies for the future of the world.

The CPC, which has accomplished great achievements in world history, faces a huge challenge concerning the Earth and humankind. I would like to pay my heartfelt respects and gratitude to the achievements of the CPC, and sincerely hope that the CPC will succeed in helping to solve the major issue for everyone around the world.

The author is honorary chairperson of the Asian Science Park Association, honorary president of Japan-China Association for Exchanges and Support of Small and Medium-Sized Enterprises.

A global timeline for COVID-19

US, Japan urged not to collude with Taiwan
Most Viewed in 24 Hours
Forum trends