The social chaos, including rioting, in Hong Kong that has led to an economic crisis and the COVID-19 pandemic pose the greatest challenge to Hong Kong since its return to China in 1997. The mayhem caused by the violent protesters prompted the National People's Congress pass the national security law in June last year to stem the growing risk of separatism and restore order in the Hong Kong Special Administrative Region, so the city's residents could resume normal economic and other activities.

Thanks to the implementation of the national security law, Hong Kong is gradually returning to the normal track, by overcoming a host of the difficulties. As part of this measure, the SAR judicial authorities charged 47 politicians and activists with subversion on Sunday.

But instead of appreciating the hard work of the Hong Kong law enforcers to restore order in the city, US Secretary of State Antony Blinken called for the immediate release of the separatists. "We condemn the detention of and charges filed against pan-democratic and candidates in Hong Kong's elections and call for their immediate release," Blinken tweeted. And while the European Union's office in Hong Kong said the charges were of great concern, the United Kingdom called them "deeply disturbing".

The Chinese Foreign Minister has rightly condemned such remarks, emphasizing that the legislation needs to be strictly implemented to restore order in the SAR.

Protesting against the amendment to the extradition law more than two years ago, the violent protesters misinterpreted the "one country, two systems" principle by twisting the relationship between the central government and the SAR government, and the executive's relationship with legislature and judiciary. In fact, some Hong Kong Legislative Council members, using weird conspiracy theories, vehemently opposed any policies the central government proposed for the SAR.

By doing so, they disrupted LegCo's schedules and instigated separatist forces to indulge in violence and other violent activities, posing posed a threat to governance and endangering China's sovereignty over the SAR. After the implementation of the national security law, the political situation in Hong Kong, to a large extent, has stabilized in favor of national unity.

The national security law has restored the executive's leadership and constitutional order in Hong Kong. In the long run, restoring the relationship among the legislature, executive and judiciary, and strengthening the "one country, two systems" principle and the Hong Kong Basic Law will help improve Hong Kong people's well-being and maintain peace and stability in the city.

The mayhem caused by the protesters the year before last not only dealt a blow to Hong Kong's social and political order but also impacted its education system. Many young in the SAR have been misled by politicized curriculums due to the misrepresentation of history in textbooks.

Hopefully, this year will see the restoration of the socio-political order in Hong Kong, and the District Councils will no longer be a political battlefield and LegCo will function without any disruptions.

Yet after two years of turbulence, Hong Kong needs strategists who can suggest pragmatic ways of implementing reform and dealing with the deep-rooted problems facing the city.

To begin with, Hong Kong should further integrate its development with national development and more actively participate in the Chinese mainland's higher-quality opening-up, Belt and Road Initiative and the Guangdong-Hong Kong-Macao Greater Bay Area. The SAR should also give full play to its advantages, including the rule of law, and free and open trade policies to expedite its economic recovery and push forward reform.

Besides, with Beijing accelerating the process of building the country into a strong science and technology giant, Hong Kong should take measures to transform itself into a research and development, and innovation hub. In fact, Hong Kong Chief Executive Carrie Lam Cheng Yuet-ngor highlighted the importance of science and technology, and innovation in her 2020 policy report in December. And with the support of the central government and cooperation of the Greater Bay Area, Hong Kong can more aggressively promote innovation.

The future of Hong Kong is full of opportunities. Due to the national security law, Hong Kong can now better deal with crises, including political and health emergencies. And with young people whose future is connected to China's national development expected to develop a greater sense of national pride, thanks to the curriculum reform, Hong Kong can look forward to a brighter future.

The author is associate professor with the School of Government and Public Affairs, Communication University of China. The views don't necessarily those of China Daily. 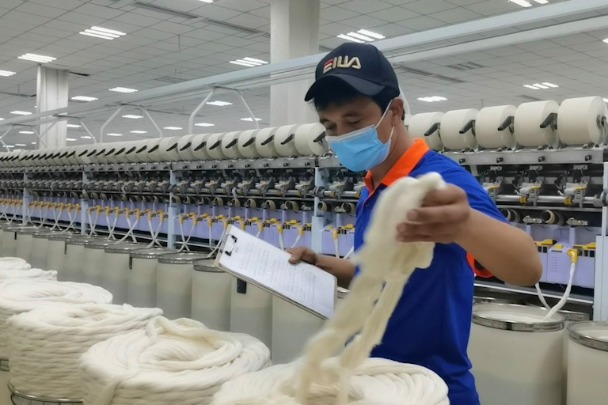