Clearly, neither the local Hong Kong government nor the central government in Beijing are very good at explaining the background, history, purpose and rationale of their political positions and actions, leading to the emergence of misunderstandings and lending to the creation of half-truths and complete fabrications that in turn become globally accepted as "facts". This is probably the inevitable consequence of both governments never really having had to "market" or "sell" their policies and defend their actions before, especially Hong Kong under British colonial rule.

Today's world is very different, one in which the incredible impact and speed of social media can determine the popular acceptance or otherwise of government decisions. It is now very difficult for any sluggish government department lacking sensitivity and technical know-how to respond in real time to succeed. As a result, the "truth" as perceived by the public can easily be hijacked by an opposition that knows how to seize the moment with alternative "facts", which often constitute what is now regarded as "fake news". While this is technically new, the concept is as old as time itself, as countless battles in history are lost or won in the minds of the people, with the side better at manipulating popular perception coming out the winner.

Never has this been so evident as during the past months, where sometimes grotesque accusations were clearly made up, most notably against the Hong Kong Police Force, and also against the government or even MTR Corp. From alleged police rape resulting in abortion, to unaccounted-for mysterious deaths in an MTR station, all these concoctions somehow gained traction and were accepted as reality by many. As George Orwell so cleverly described in his masterpiece Nineteen Eighty-Four: "If thought corrupts language, language also corrupts thought." In other words, falsehoods can take on a life of its own and take root if not nipped in the bud at the first opportunity.

The Western media has very often picked up the isolated pieces of fiction, the corrupt thoughts, thereby giving them a veneer of truth, further empowering the lies and half-truths to go forth and multiply like a virus. Again, this is nothing new. Vladimir Lenin once said: "A lie told often enough becomes the truth." The most obvious recent victims of this truism were the members of the US Congress, who seemed to believe the tales that the Hong Kong group of Denise Ho Wan-see, Nathan Law Kwun-chung and Joshua Wong Chi-fung were spinning.

The underlying "mother of all myths" seems to be that Hong Kong has somehow, mysteriously, evolved into a police state without any rights or freedoms. Soundbites such as "curtailing freedom", "violent force against unarmed demonstrators", "restricting the rights of citizens to peaceably assemble", and that old pejorative standby, "police brutality", have been thrown at our Finest indiscriminately before the world.

The Basic Law has not changed during the past months. Neither has it become obsolete nor has it in some way become neutered. It is still in force, and guarantees certain rights in Hong Kong. Our vigorous independent judiciary continues to maintain a vigilant watch over those same rights, through impartial legal judgements. Chapter III of the Basic Law still guarantees freedom of speech, press, assembly and conscience. These rights haven't suddenly evaporated. The incessant demonstrations that continue to take place over the past months for which permits had been granted, and which respected the time and geographical constraints of those permits, are testament to the administration's respect for the rule of law. That the Hong Kong Police Force tries to manage the flow and duration of demonstrations that do not follow the provisions, to prevent undue disruption to the rest of the city, is no different from any country in the world (including the United States) and has absolutely nothing to do with the so-called corrosion of the Basic Law.

When faced with extreme violence and vandalism by the radical blackshirts, the government would be remiss in its duties if the police did not react with proportionate force to protect property and citizens. In fact, the police reaction has often been disproportionately constrained, overly careful, when one views the burning, the wanton destruction of our MTR stations and mainland-friendly businesses, and physical violence against citizens inflicted by blackshirts who do not share their politics. Over the last six months of protests, in spite of numerous intense provocations, the police have drawn their weapons only a handful of times, otherwise relying on their nonlethal crowd-control instruments such as rubber bullets, pepper spray, water cannons and tear gas. But the police always get the short end of the stick because the media would invariably focus on the police attempt to restore order and conveniently ignore the provocations initiated by the rioters. Clearly, the old adage "Pictures don't lie" is no longer reliable in telling the whole story when the crucial initial stage of the event is not captured by pictures or videos.

The perception, oft repeated, that the Basic Law is being breached with regard to universal suffrage is also not truthful. The intense and lengthy negotiations that led to the Sino-British Joint Declaration and the Basic Law very deliberately resulted in a broadly worded stated aim — i.e., "The ultimate aim is the selection of the Chief Executive by universal suffrage upon nomination by a broadly representative nominating committee in accordance with democratic procedures." While it carries no specific timetable, it also made clear references to a nominating committee. One must remember that the UK had even carved Hong Kong out of its treaty obligations when it ratified the International Covenant on Civil and Political Rights in 1976. Beijing clearly has always viewed this evolution toward universal suffrage as a slow and gradual process as in "crossing the river by feeling the stones". Therefore, the central government's proposal, presented in 2014, represents taking a huge step in this river crossing. That this was subsequently rejected, not by Beijing, but by our very own Legislative Council, is not Beijing's doing, whatever the protesters may believe, but Hong Kong's own. Notwithstanding that setback, the ultimate aim remains unchanged, albeit there are still important differences of interpretation to be sorted out in the future.

In order for real dialogue between the various stakeholders to begin, leading to the building of bridges, the structuring of a permanent solution, and real reconciliation in our society, the truth has to be accepted and the fabrications have to be thrown in the dustbin, where they belong. If we can all try to agree to as many cold hard facts as possible, we might be able to start talking in earnest about finding real solutions. South Africa understood this when it implemented the Truth and Reconciliation Commission to end the apartheid era. Hong Kong should learn from this example.

The author is a specialist in international public law and an adviser on China-related matters to both the private and public sectors. He has lived in Hong Kong for over 18 years. 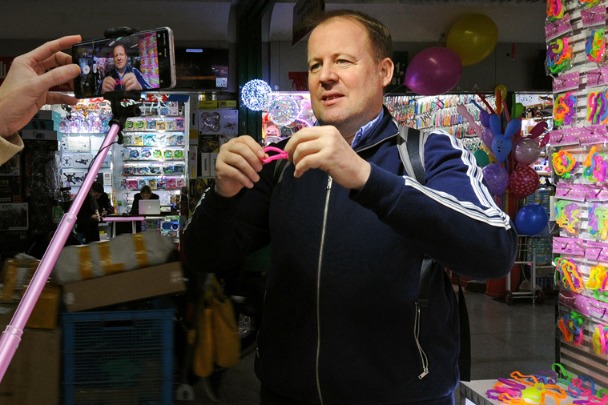 US escalation must be countered by reason and diplomacy
China Views