Taiwan was not invited as an observer to this year's meeting of the World Health Assembly, the decision-making body of the World Health Organization, which began on Sunday and will continue till May 28. This happened despite 13 member states requesting the WHO to restore Taiwan's observer status, and some countries, including the United States, voicing support for Taiwan.

From 2009 to 2016, the island's representatives did participate in the WHA. During that period, when the Kuomintang was in office in Taiwan, cross-Straits relations were relatively in good shape. But after the Democratic Progressive Party won the island's election in 2016, Taiwan has not been invited to the WHA because of the party's pro-independence stance.

Some say this is proof of Beijing "bullying" Taiwan, and that Beijing's "move" is "unwarranted", a term used by US Secretary of State Antony Blinken and US State Department spokesperson Ned Price. Others claim that not inviting Taiwan to the WHA is preventing the island from contributing to the global fight against the COVID-19 pandemic.

However, cross-Straits dynamics are far more intricate than this.

Many cite Resolution 2758 of the United Nations General Assembly, passed on Oct 25, 1971, to justify the WHA's handling of Taiwan's participation. The resolution recognizes the People's Republic of China as "the only legitimate government of China". As a specialized agency of the UN for international public health, the WHO, in accordance with Resolution 2758, passed a resolution to follow the same arrangement during the WHA's 25th annual meeting in 1972.

This line of argument is ridiculous, for Resolution 2758 explicitly states that the People's Republic of China is "the only legitimate representative of China".

Another argument put forward by Taiwan backers is: Why not let Taiwan represent only Taiwan? But for that, one has to first take the stance that "Taiwan is not part of China" and, more importantly, explain how Taiwan delegates represented China before Resolution 2758. The answer is clear: Taiwan is part of China, and the People's Republic of China is the only legitimate government of China in the UN's eyes. As such, Taiwan residents are included under this representation.

From 2009 to 2016, the Kuomintang government in Taiwan adopted the stance of "one China with respective interpretations", and reached an agreement with Beijing to arrange for Taiwan's participation in the WHA as an observer. During those years, communication between Taipei and Beijing was smooth, and the two sides signed a key cross-Straits health cooperation agreement.

So what happened after 2016? The DPP refused to acknowledge the 1992 Consensus that there is only one China, because it could use its stance to fulfill its "Taiwan Independence" agenda. Due to the absence of this key mutual understanding, Taiwan lost its observer status at the WHA.

However, the cross-Straits health agreement is still there, and the DPP administration can use it to promote cross-Straits cooperation, in order to boost its fight against the pandemic. But first the DPP has to accept that there is only one China and unfortunately, many pro-independence Taiwan politicians consider the one-China principle deadlier than the novel coronavirus.

Many health-related issues are being politicized in Taiwan. The island authorities banned the supply of masks from Taiwan to the Chinese mainland. They also blocked or delayed imports of vaccines from the mainland just because they needed to go through an agent in Shanghai. And even when infection rates began rising rapidly in Taiwan earlier this month and there was a shortage of testing kits, the DPP said no to a possible donation of 10 million EU-approved mainland-made testing kits.

Some defend such politicization of the health issue, saying Beijing's assistance, too, is politically motivated. If they mean Beijing is trying to demonstrate its goodwill for Taiwan residents, as it views them as "family members", they are absolutely right.

However, they should not put their ideology and politics before people's health. These missed opportunities to reestablish cross-Straits communication means the deadlock will continue. As a result, it has become impossible for Taiwan to be invited to the WHA as an observer.

The participation of Taiwan in the WHA or any other UN organization is an intricate issue. If it becomes a channel for promoting "Taiwan independence", then its "participation" in UN organizations runs the risk of creating trouble. For the sake of Taiwan residents' health and welfare, the DPP should set aside ideology and politics and focus on how to win the battle against the pandemic.

The author is a distinguished professor at Shih Hsin University, Taiwan. The views don't necessarily reflect those of China Daily. 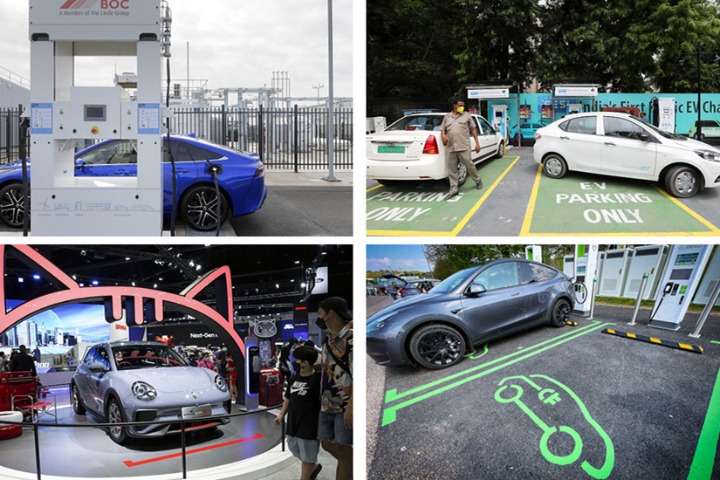