Good momentum of ties should continue

Indonesia can build on its COVID-19 cooperation with China to forge stronger, mutually beneficial relations

Indonesia was the first country in Southeast Asia to officially establish diplomatic ties with the People's Republic of China. Last year marked the 70th anniversary of the establishment of diplomatic relations between the two countries. The bond between the two countries has been shaped by the political and economic dynamics of both sides and also their foreign policies in the Southeast Asian region. The dynamics of the relationship have become an important part of the development of both countries.

As a new anchor for stability at the regional level, bilateral relations between Indonesia and China are expected to play a broader and deeper strategic role. The improvement of their economic relations is highlighted by the trade between the two countries, which has improved significantly in line with the increase in the amount of various commodities and manufactured products imported and exported by both sides. Indonesia's trade with China in 2020 was worth $78.4 billion.

Important bilateral and multilateral agreements have been reached since President Joko Widodo took office and various joint venture infrastructure projects and the implementation of 3+1 economic corridors under the framework of the Belt and Road Initiative will improve the connectivity between Indonesia and China.

Chinese President Xi Jinping, at a virtual meeting of the World Economic Forum on Jan 25, emphasized China's huge commitment to multilateralism, and cooperation between multiple parties and countries to create global stability. The bonds between Indonesia and China will only further strengthen.

China's commitment is manifested in its vision of a better world for humanity. Its largely control of the novel coronavirus, efforts to reduce carbon emissions, preserve the environment and promote sustainable growth as well as its continuing endeavors for multilateral cooperation that involves maintaining dialogues with various countries.

A major commitment to multilateralism in the regional context was demonstrated by the launch of the landmark Regional Comprehensive Economic Partnership free trade pact last November.

China has become the largest trading partner of the Association of Southeast Asian Nations since the first quarter of 2020. This trade will be amplified by the RCEP, and Indonesia as the largest country in ASEAN stands to reap the benefits. First, Indonesia will be able to boost domestic economic growth using strategic cooperation with China in various sectors. Second, Indonesia is opening up more opportunities as the key player in the region, through a multilateral diplomacy strategy.

Economic exchanges encountered some challenges in 2020 due to the COVID-19 pandemic. Controlling the pandemic has become the main agenda in Indonesia-China relations, especially the procurement of vaccines. Utilizing the multilateral diplomacy initiated by Indonesia at the ASEAN level in August 2020, ASEAN and China are prioritizing health cooperation and the principle of solidarity. Using multilateral diplomacy and bilateral approach, Indonesia has succeeded in securing vaccines from the Chinese company Sinovac.

Indonesia's strategic achievements with China in the framework of multilateral cooperation have become a special feature of the relations between these two countries. China views Indonesia as the largest regional power in Southeast Asia, which is certainly a big advantage for Indonesia. Indonesia's involvement in the Belt and Road Initiative shows that the country is capable of managing a bigger strategic role with China, both in the ASEAN region and also internationally.

The signing of the RCEP by ASEAN and China also signals a strategic opportunity to tap the potential of the collaboration between China and countries in the region. Multilateral collaboration and cooperation are inevitable in times of global challenges, such as the current COVID-19 pandemic.

Indonesia is playing a major role in various dialogues and also initiating a number of policies to develop various sectors during the pandemic. It actively pursues its vision of an Indo-Pacific region which is open, inclusive and transparent. In the future, a paradigm that will prioritize cooperation rather than competition in the Indo-Pacific region will be pursued. The potential for significant economic growth can become the main attraction, in line with political stability and defense strategies.

In the context of cooperation, both Indonesia and China prioritize multilateralism in carrying out their foreign policies. China has good capabilities in maintaining and enhancing its diplomatic relations with Indonesia. Relations with China can also be seen as a strategic opportunity to strengthen ASEAN's position, particularly in the economic and political fields.

Bilateral trade between ASEAN and China grew more than 7.7 percent year-on-year in the third quarter of 2020. ASEAN contributes 14.7 percent of China's total foreign trade volume. This shows the potential and commitment of ASEAN-China relations. Indonesia, as the largest ASEAN member, has become a new pillar for China in supporting economic growth and promoting regional stability and security.

In line with multilateralism, Indonesia adheres to the unifying spirit of gotong royong, which means "cooperation, working hand in hand for a common good cause". This is the main character of Indonesia. Gotong royong manifests as a reflection of Indonesia's commitment to maintaining the spirit of multilateralism to answer global challenges, especially during this pandemic.

Of course, the hard work of various parties is needed to preserve and boost relations between Indonesia and China in a multilateral framework. There is a lesson from the current momentum in Indonesia-China relations - adopt the right spirit, be prepared and seize the opportunities. The improvement of the Indonesia-China relationship will create space for innovation in various aspects and strengthen the stability of Southeast Asian. 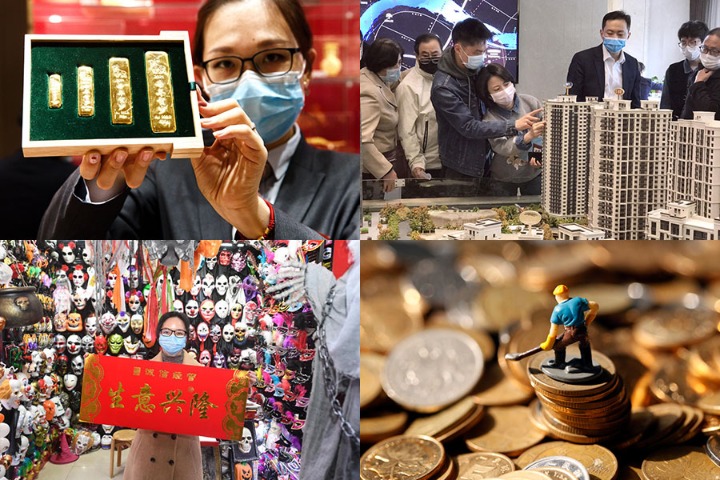