Efforts of SCO to ensure regional security should be supported by development of trade, economic and humanitarian ties

The process of ensuring regional security within the Shanghai Cooperation Organization region is supported by intensive development of trade, economic and humanitarian ties.

The run-up to 20th anniversary of the SCO's establishment in 2021 is a good reason to take stock of its activities and outline further horizons for its development. Within this relatively short period of time, the organization has carved for itself a rightful place in the contemporary system of international relations.

The organization has firmly established itself as one of the most authoritative transregional platforms for the development and implementation of multilateral approaches for maintaining and strengthening global and regional stability.

In November 2019, UN Secretary-General Antonio Guterres said the SCO is a reliable partner of the United Nations, leading regional diplomacy.
From the very beginning, the organization's activities have focused on countering non-traditional threats and challenges to international security, including terrorism, extremism and separatism, illicit drug trafficking, organized crime and cybercrime. It has established a solid legal and regulatory framework for multilateral cooperation in the above-mentioned areas. The SCO Regional Anti-terrorist Structure with its executive committee based in Tashkent, capital of Uzbekistan, is effectively coordinating joint counterterrorism efforts. Its activities are highly acknowledged by leading specialized international bodies, including the executive director of the UN Counter-Terrorism Committee, UN Office of Counter-Terrorism and Interpol.

Special units of the military, counter-terrorism and anti-drug agencies of the SCO countries regularly hold joint operations, training and exercises with the broad participation of observers from other countries and international organizations.

SCO member states are providing comprehensive assistance to neighboring Afghanistan－where the situation is a source of concern－to promote an inclusive Afghan-owned and Afghan-led peace process. The SCO has also approved a "road map for further actions by the SCO-Afghanistan contact group" to assist in the early reconstruction of the country.

There is a common understanding in the SCO that the joint work on ensuring regional security should be supported by the intensive development of trade, economic and humanitarian ties. This is especially important in the post-pandemic situation. Recently, the organization adopted the Comprehensive Plan of Joint Efforts Against the Threat of Epidemics in the Region, as well as the new Five-Year Action Plan for Implementation of the SCO Development Strategy until 2025, aimed at restoring economies in the post-pandemic period.

The SCO's current chair, Tajikistan, is focused on adopting a plan for mitigating and overcoming the socioeconomic challenges caused by the current crisis.
The average decline in GDP of the SCO member states in 2020 was 3.2 percent, even lower than the similar global indicator (4.4 percent), prompting the need to think of innovative ways to help return our economies to the path of sustainable growth.

In this context, accelerated development of the digital industry can be the key to global competitiveness. China's active public-private partnership promoting far-reaching scientific and technical projects and fundamental research has helped in achieving decisive results and building a moderately prosperous society in all respects by 2021.

China's desire for further development of advanced IT in accordance with the strategy of "dual circulation" is of a great interest to its neighbors as a new window of opportunities for technological cooperation, expansion of mutual trade and investment ties, support for youth start-ups and online education.
In this context, we are considering the Chinese leadership's proposals to hold a China-SCO Digital Economy Forum in Chongqing in 2021, and the creation of a demonstration zone for China-SCO regional trade and economic cooperation and the establishing of an SCO Technology Transfer Center in Qingdao, Shandong province.

Currently, the volume of trade turnover between the SCO member states accounts for only 5 percent of their total foreign trade turnover, which clearly does not reflect their real economic opportunities.

Therefore, in the coming years, we need to focus on the construction and modernization of railway infrastructure facilities as part of the unified system of barrier-free "Green Corridors" for the transit of goods, including food and medicine supplies, during the pandemic.

The SCO countries' strengthened interaction in transport and logistics will contribute not only to the rapid development of interstate trade and economic ties, but also to the creation of the largest transit zone between Europe and Asia in the context of connectivity of the Belt and Road Initiative with the Eurasian Economic Union and other multilateral and national development strategies.

This process should be accompanied by joint activities on integration and the removal of the spatial disparities of member countries on the basis of the SCO Concept of Cooperation on the Development of Remote and Rural Areas in the Digital Age approved last autumn.

In accordance with the updated Program of Multilateral Trade and Economic Cooperation of the SCO Member States until 2035, an increasingly important role is assigned to the development of environmental technologies, alternative and renewable energy sources, which fully coincides with the current Chinese government's policy to accelerate reforms to realize a "Beautiful and Healthy China".

Besides, we should pay more attention to supporting the tourism industry, which has been the sector most affected by the closure of international borders.

At the SCO secretariat's initiative, a series of events titled "Eight Wonders of the SCO" have been launched showcasing the SCO region's rich cultural heritage and giving impetus to tourism cooperation.

Tajikistan has announced it will hold the first Tourism Forum of SCO Countries in 2021. We are also considering the opportunity to introduce the annual practice of choosing the Tourist and Cultural Capital of the SCO.

Given the symbolic importance of 2021 as the SCO countries' Year of Culture, we are planning various events aimed at enhancing intercivilizational dialogue and further pursuing the Shanghai Spirit which is one of mutual trust and benefit, equality, mutual consultations, respect for the diversity of cultures and civilizations, and the aspiration to shared development.

I believe that in the current difficult conditions, these principles are more relevant than ever for all members of the world community, which needs unity in the face of new challenges.

The author is the secretary-general of the Shanghai Cooperation Organization. The author contributed this article to China Watch, a think tank powered by China Daily. The views do not necessarily reflect those of China Daily.

Biden reverses US withdrawal from WHO 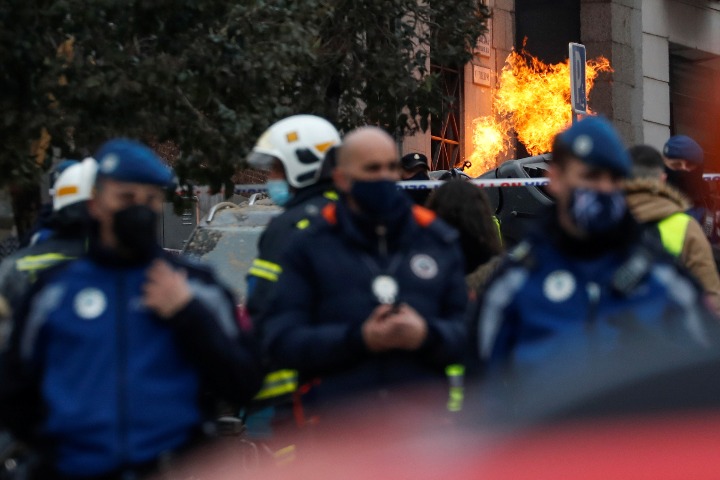