China and Europe must reinforce trust

The world has been in a state of permanent crisis for the last two years, during which pre-existing polarization has exacerbated. And the COVID-19 pandemic has dealt a serious blow to economies across the world, and is testing globalization itself.

The pandemic has made governments move and manage their mandates to protect their populations, and accelerate research and boost the development of medical science technologies leading to the development of vaccines at exponential speed. It has also taught health officials and workers how to tackle other diseases, and prompted countries to collaborate on a level hitherto unknown－particularly within the European Union, whose member states agreed to one of the largest economic recovery funds in the world.

On the other hand, the Russia-Ukraine military conflict is a crisis of security, international peacekeeping, and the rules of democracy.

The conflict and the pandemic are crises different in nature, and they will have different consequences with regard to how China and its actions are perceived.

During the pandemic, and despite being blamed for spreading the novel coronavirus by the Donald Trump administration, China has shared medical data and strengthened the global fight against the virus by supplying masks, testing kits and other medical equipment worldwide.

As for the Russia-Ukraine crisis, in the EU's eyes, the fact that China has responded to it differently suggests it is ambivalent on its commitment to multilateralism and is perceived to focus on its own geopolitical interests and allegiances, hoping that NATO does not prevail as the reality of a harsh economic crisis due to the shortage of fuels and other essentials hits the pockets of people in the West.

In international relations, perceptions shape behavior just like behavior shapes perceptions. Actors often assume perceived behavior to be actual behavior. China has made concerted efforts in the past few years to be seen as a responsible global player that is able to lead in several fields, such as climate action, biodiversity preservation, connectivity and global health. On this occasion and as seen from the EU's perspective, China remains passively aligned with its partner in the conflict, even if, in material terms, that might not be the case.

Today, China is a deeply embedded globalized actor. Chinese enterprises have interests across Europe and the world at large. And the sanctions the West has imposed on Russia might eventually hit these enterprises' interests as well.

The strong interdependency in trade and the desire for a stable and predictable world order unite China and Europe, and both Chinese and European peoples have benefited from the trade between the two sides. Nevertheless, the Ukraine crisis has the potential to have a lasting impact on EU-China relations.

In times of uncertainty, perceptions and misperceptions, how can trust between Europe and China be reinforced?

China needs to consider its long-term strategic objectives and make a clear decision on how it wants to act and how it wants to be perceived－in Europe and elsewhere. While the EU has for long highlighted the importance it attaches to its relationship with China－as evident from the fact that they are "strategic partners"-it needs to remember that finding common ground and keeping open diplomatic channels for resolving differences is essential to ensure both sides enjoy the benefits of the "special" relationship. And to promote global peace and stability both sides ought to recall the bad times as well as the good.

The EU and China also have a responsibility to reduce tensions and should remember that with peace comes prosperity, especially at a time when the pandemic has weakened economies, and interdependency and mutual benefit, or the lack of them, will determine whether economies can weather the storm of the current security crisis and those to come.

Not to mention that the growing impacts of climate change and technological development are waiting to be dealt with.

Given all the variables, the ongoing Russia-Ukraine conflict might eventually inflict more damage upon the existing international order than the COVID-19 pandemic. At this crucial moment, which could determine the direction of the 21st century, the EU-China Summit, if held, will be crucial for making tangible the perceptions each side has of the other, and in setting the direction and deciding the scope of their cooperation in the future.

So the current turbulence should not make us forget that the planned summit should be as much about China-EU trade relations as it should be about peace-making in Ukraine.

Dharmendra Kanani is the director for Asia, peace, security and defense, digital of, and chief spokesperson for, Friends of Europe; and Mar Casas-Cachinero is program officer for Asia at Friends of Europe, a Brussels-based think tank that seeks to revitalize the European Project and build a more inclusive, sustainable and forward-thinking Europe. 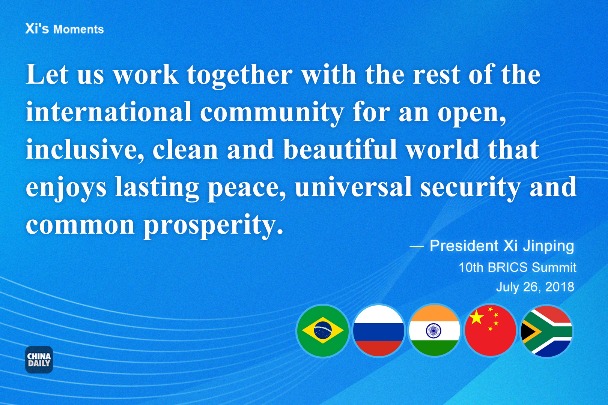