On way to reunification and rejuvenation

Editor's note: This year marks the 110th anniversary of the 1911 Revolution. Zheng Yongnian, Professor of political science at the Chinese University of Hong Kong, Shenzhen, shares his views with China Daily's Yao Yuxin on the significance of the path China has chosen for peaceful reunification and national rejuvenation, and why it is important for the world. Excerpts follow:

A: Learning from history is traditional wisdom. It partly explains why the Chinese civilization is the only continuous civilization in the world. And considering that China’s civilization is more than 5,000 years old, the 1911 Revolution, and the founding of the CPC in 1921 and New China in 1949 didn’t take place long ago. Yet a lot of lessons can be learned from them.

Different political ideas were applied to prevent China from becoming a colony since the First Opium War (1840-42). The Qing Dynasty (1644-1911), the country’s last imperial dynasty, tried to adopt constitutional monarchy just like neighboring Japan but failed and collapsed. Sun Yat-sen played a leading role in the 1911 Revolution, and the country turned to the parliamentary system as in the United Kingdom and the presidential system of the United States. Unfortunately, that too ended in failure.

It was after the October Revolution in Russia 1917 that the Chinese revolutionaries started to introduce socialism to the country. The socialist system suits China because its principles are consistent with the Chinese civilization.

China thinks highly of datong, or “great harmony”, and regards it as the highest level of an ideal society. Socialism echoes the concept of datong, which advocates public ownership of power and sharing property by all.

There was a period when some revolutionary leaders tried to introduce foreign political systems to China without considering China’s real conditions and historical development. The error was fixed when Mao Zedong began the Sinicization of Marxism, that is, applying the principles of Marxism according to China’s real conditions and eventually put the Party and the country on the right track.

The twists and turns in China’s recent history show that a country should never abandon its traditions and culture on the road to socioeconomic development, and should always learn from its mistakes.

Q: Cross-Straits relations have been strained since the pro-independence Democratic Progressive Party assumed power in Taiwan in 2016. Will the commemoration of the 1911 Revolution improve cross-Straits ties leading to peaceful reunification?

A: Upholding the principles of Sun Yat-sen, both Kuomintang and the CPC are rooted in Chinese civilization, so is the DPP. That’s why the Tsai Ing-wen authorities cannot push their political agenda of “Taiwan independence” forward. The historical trend is that China will realize reunification. And the difference in politics, economy and ideology across the Straits shouldn’t be a hindrance to that.

What the CPC has been fighting for since the launch of reform and opening-up is in line with what Sun Yat-sen advocated in his Three Principles of the People based on nationalism, democracy, and people’s livelihoods. The commemoration of the 1911 Revolution by the two sides should refresh the common memory of the two sides, and strengthen the mission to realize national rejuvenation.

Q: Some Western countries are worried that the great rejuvenation of the Chinese nation and China’s rise will pose a threat to them. China has honored its promise of following the path of peaceful development. But will it be able to continue doing so? Why do some countries insist on seeing country-to-country relations as a zero-sum game rather than a win-win proposition?

A: When I was preparing for my doctorate at Princeton University in the 1990s, some professors said that if China overtook Japan as the strongest power in East Asia, there could be a war between the two countries. They claimed the shift in power in the region was destined to lead to bloodshed, and a powerful China would try to avenge Japan’s invasion of China.

Yet when China overtook Japan in 2010 as the world’s second-largest economy, no war broke out. The economic gap between the countries has kept widening, and China’s GDP is currently more than two times that of Japan. But peace continues in the region despite the differences between the two sides.

That East Asia has remained peaceful despite China’s continuous rise proves the West’s “China threat” theory is wrong. And history shows that China didn’t invade another country even in its heydays.

But the West, particularly the US, continues to sing the same old tune. The West’s vigilance and aggressive actions against China are aimed at maintaining its global hegemony and treating Beijing the same way it did in the past.

Behind the West’s triumph in modern times is conceit. That’s why the West refuses to believe the facts running counter to its illusions and beliefs. It’s wrong of the Western powers to judge other countries based on their own experiences. But no matter what they do China will stick to the path of peaceful development just like it has been doing for thousands of years.

Q: Why has China’s national rejuvenation become a historical inevitability?

A: The world has seen three monumental revolutions in past three centuries: the Industrial Revolution in England which led to fundamental economic changes; the French Revolution in France, a path-breaking political revolution; and the October Revolution in Russia that showed a new socio-political path.

And since 1911 the Chinese people have been exploring the right path for the rejuvenation of the nation. It was only after the founding of the CPC in 1921 that China experienced a great revolution that can be regarded as three revolutions in one — the CPC-led China achieved national independence, economic growth, and social development.

This explains why China has caught up with the West and become the world’s second-largest economy in about 40 years since the launch of the reform and opening-up.

An important reason behind that is that the CPC has been learning from the country’s history, traditions and culture, as well as from other cultures. As for the social revolution, since the founding of the People’s Republic Chinese women have been enjoying more rights, which has significantly boosted women’s education level and freed up half of the country’s labor force.

Q: Some Western politicians have labeled China as an “autocracy”. But since the 1911 Revolution Chinese revolutionaries have been pursuing democracy. And now it is developing whole process democracy that best suits it real conditions. What is your opinion on China’s democracy?

A: The Western world has chosen the current form of democracy after centuries of explorations. Before World War I, only a limited number of citizens in Western countries had the right to vote. Women and minority groups had no voting rights. Even in the US, “one man, one vote” started in the 1970s thanks to the US civil rights movement.

China has never denied the importance of rights, but it has emphasized that they will come in stages and in a way that works best for the country. At present, the right to development is the most important.

The West has always assumed its values are universal and forced other countries and regions to follow them. That’s why Washington has been carrying out “democracy tests” around the world, which invariably have ended in failure, leaving many countries and regions in a mess. Afghanistan is the latest example.

From the very beginning, the CPC has been determined to follow a form of democracy that suits its national conditions. It has developed socialism with Chinese characteristics to boost economic development and realize national rejuvenation. And the remarkable achievements China has made since the founding of the People’s Republic show the Party is right and should be more confident of the path it has chosen.

Q: Will China’s national rejuvenation also benefit other countries? If yes, how?

A: First, on road to realizing national rejuvenation, China will uphold economic globalization and further open up its economy so both the developed and developing countries can benefit from its huge market.

Second, while building a community with a shared future for mankind, Beijing is happy to share its experiences of rapid economic development with the rest of the world. In fact, China is already helping many developing countries build roads, bridges, hospitals, stadiums and other infrastructure facilities through the Belt and Road Initiative.

The views don’t necessarily reflect those of China Daily. 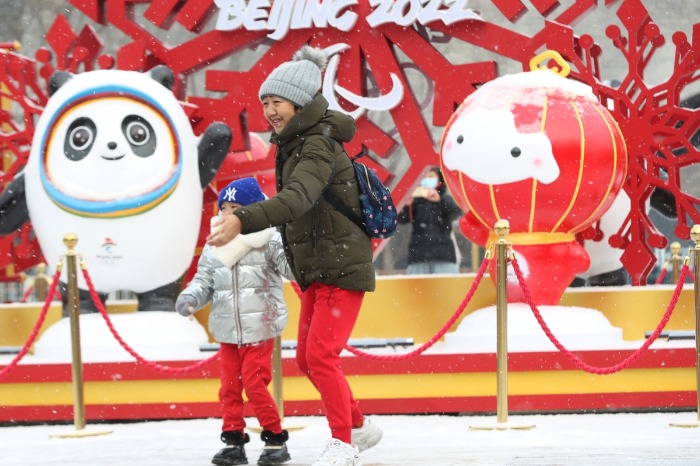