After the federal election in Germany on Sunday, the international community, including China, is closely watching the political developments in Germany.

Since the center-left Social Democratic Party won a slight lead with 25.7 percent of the vote, Angela Merkel's center-right CDU (Christian Democratic Union of Germany) and its sister party CSU (Christian Social Union in Bavaria), the influential Green party (Alliance 90/The Greens), the pro-business FDP (Free Democratic Party), the Linke (The Left), and the rightist AfD (Alternative for Germany) are expected to hold negotiations to decide which parties will form the next coalition government, which could take months.

China has had a stable and constructive relationship with Germany, as the two countries have common concerns and interests, and agree on many issues including multilateralism, green development, and people's wellbeing.

Economic competition and differences in values have, to some extent, affected China-Germany and China-European Union relations. Based on a policy paper of the Federation of German Industries, the EU issued the EU-China Strategic Outlook in March 2019, which referred to China as "a cooperation partner with whom the EU has closely aligned objectives", "an economic competitor in pursuit of technological leadership", and "a systemic rival promoting alternative models of governance".

Upset about a rising China and its growing role in global rulemaking, some German elites have used the anti-terrorism measures in the Xinjiang Uygur autonomous region, the South China Sea disputes, and the riots in the Hong Kong Special Administrative Region to stigmatize China. The anti-China reports in the German and other Western media are an attempt to mislead the German people about China. Many Western media outlets have also tried to blame China for the COVID-19 pandemic.

And the European Parliament imposed sanctions on four individuals and one company from Xinjiang on groundless human rights violations charges in May, and stopped the process of ratifying the China-EU Comprehensive Agreement on Investment.

But despite the China-EU differences, win-win cooperation marks Sino-German relations as globalization remains the "spirit of the times". China has been Germany's largest trading partner for five years, and in spite of the impacts of the pandemic, China overtook the United States in 2020 to become the EU's largest trade partner in goods.

China's fast economic recovery has also contributed to Germany's economic recovery. For example, the increase in the number of China-Europe freight trains ensured the timely delivery of supplies, which helped in the fight against the novel coronavirus in Germany and boost the economies along the railway route.

As a big exporter, Germany is dependent on China's huge market, not least because China accounted for more than one-third of the global share of German auto giants Mercedes-Benz, BMW and Audi in 2020, and helped these companies to make profits beyond expectations despite the pandemic-induced global recession.

Pragmatic cooperation has brought tangible benefits to both China and Germany. As China further opens up its economy and improves the domestic market environment, German companies will get more opportunities to expand their business and increase their profits in China. This was one of the main reasons Merkel agreed on the Comprehensive Agreement on Investment, which helped China and the EU to conclude the negotiations on the deal at the end of last year.

Apart from being two responsible powers, China and Germany have also been promoting multilateralism and sustainable development, boosting the global cooperation to fight climate change, and ensuring regional security.

China is a defender of the world order based on the UN Charter, and opposed to the "clique" mentality that only so-called democratic countries are qualified to make global rules. Such clique mentality has no place in international relations.

The world order based on exclusionary rules has deviated from the UN Charter, according to which all sovereign states are entitled to discuss and make global rules. So China expects Germany can jointly make contributions to improve the world order through bilateral and multilateral approaches.

Containing the pandemic and boosting the global economic recovery should be the priority of all governments, and they should work together to achieve these goals. As such, China hopes the new German government fulfills its international commitments, resists populism, promotes pragmatic cooperation with China, both at the bilateral and China-EU level, and helps resume the process of ratifying the China-EU Comprehensive Agreement on Investment.

The author is a senior research fellow at the Institute of European Studies, Chinese Academy of Social Sciences. 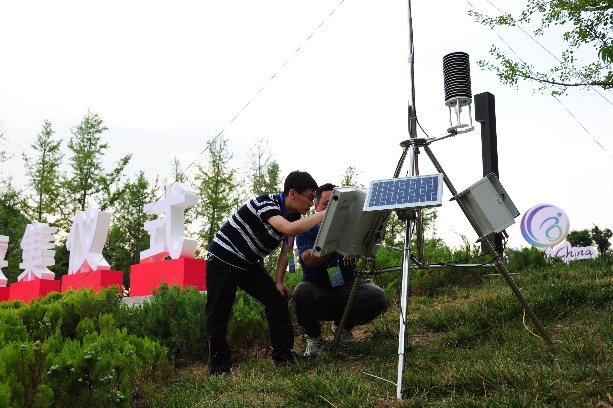