Reforms on the move 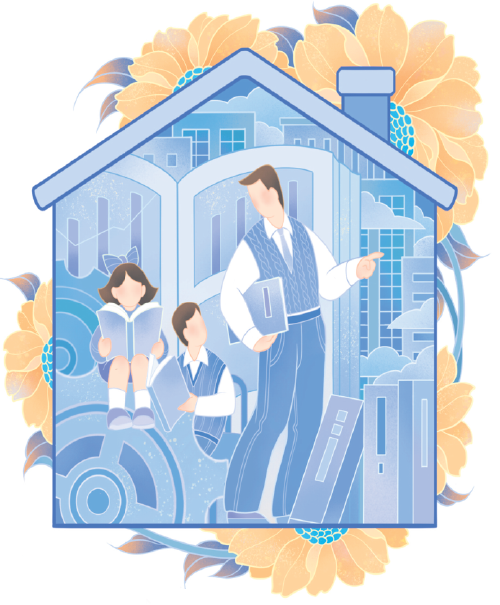 Given the rising speed and scale of population flow, the government needs to accelerate putting appropriate policies in place. The migration of the rural labor force will be a long-term trend, as with economic growth and urban industrial upgrading, the demand for workers for industrial production and for daily services has expanded.

And this has driven greater demand for sanitation workers, security guards and cleaners. There is also a growing demand for housekeepers and restaurant waiters as people's living standards improve.

The census results show that China's population flow is not going to slow down or be reversed, making further reforms necessary.

First, the household registration system, particularly the scoring system in the super-large and megacities, needs further reform, in order to boost urbanization in regions with large population inflows.

The government has proposed a pilot program of mutual recognition of the cumulative number of years for household registration in cities in the Yangtze River Delta and Pearl River Delta regions, recognizing the number of years a person has lived in a city in one of these regions when that person applies for household registration in another city in the same region. The program is expected to promote the population flow in urban clusters.

The authorities are also supposed to develop a mechanism to provide public services and allocate public resources in accordance with the permanent population size. Besides improving education and increasing the retirement age, facilitating the population flow can also help unleash demographic dividends.

Moving to cities can increase the income of migrant workers and improve their living standards. It can also improve the efficiency of labor force allocation and alleviate labor shortages in cities, especially the large ones in developed regions.

Therefore, during the 14th Five-Year Plan period (2021-25), policymakers must promote reforms in super-large and megacities having more than 5 million permanent residents to facilitate household registration applications by people with stable jobs and those who have been long-term residents in other cities.

Second, the decline in domestic birth rates has become a trend as China's economy develops. To increase the number of births in big cities, it is important to reduce living costs. The supply of land and housing needs to be in line with the size of the migrant population. To address the issue, the government has made the management of land use more flexible to provide areas with advantages room for growth.

Large cities also need to ease household registration restrictions and improve the education provision for children with rural household registration status. The requirements for the number of years of residence and social security payments of their parents should be lowered, so that more children of migrant workers are able to go to school in the cities.

Such a move can help improve national education and extend the country's demographic dividend. It can also increase the supply of labor in cities and improve social harmony.

Last, investments in regions seeing population outflows should be prudently determined. People will not necessarily return even if local governments work hard to improve livability by shoring up investment, building affordable housing and enhancing public services, as it is unrealistic and against the economic development trends in China and the world.

Local governments that keep increasing their investment while the local population is shrinking are likely to bear heavy debts. Detroit in the United States is a typical example. The local government kept increasing investment despite the population outflow and saw growing debts, which led to its bankruptcy.

Thus, domestic regions with a population outflow to nearby larger cities can take advantage of the opportunities brought by the cities and metropolitan areas. Facilities for public services should also be pooled together.

As the number of inhabitants in villages decline, the costs will be too high to equip every village with a school and nursing home and the quality of services cannot be ensured. Therefore, public services should be pooled to nearby downtown areas to improve the quality and efficiency of public services in regions with population outflows. Also, China's rural land reform lags far behind the urbanization and population flow trends, requiring the stepping-up of reforms.

The author is a professor at Shanghai Jiao Tong University, executive dean of Shanghai Institute for National Economy (SHINE) and a research fellow of China Institute for Urban Governance.