After decades of reform and opening-up, China is now on its way to being the world's largest economy, a return to the historical norm, which will be the new normal soon. While it took around 200 years for developed industrial countries to achieve highly developed levels, China made it in roughly four decades. China has made impressive achievements in the past four decades, including more than doubling the average life expectancy, eliminating absolute poverty and illiteracy, and achieving gender equality.

China is the first, and so far the only country to achieve the United Nations' Millennium Development Goal of eradicating absolute poverty. From 1990 to 2015, the proportion of people living on less than $1.90 a day on average was halved in China as the country fulfilled its poverty reduction task ahead of schedule. Upon the centenary of the founding of the Communist Party of China, China has eradicated absolute poverty, as all the 100 million rural people who had been living in poverty still at the beginning of the 2010s have shaken it off. They are above the poverty line of $3.20 per day now and on a sustainably improving path.

Through industrial upgrading, China has boosted transportation and industrial infrastructure in rural areas, especially in the western regions. High-speed fiber optic networks, fast wireless local area networks, electric vehicles and new factories have laid a solid foundation for the rapid rise of the western region in China. Many rural residents have become retailers on Taobao, the flourishing online marketplace of the tech company Alibaba, selling local agricultural products. Many new online business models provide farmers with new income channels. With the development of China's rural areas, a large number of migrant workers have already returned to their hometowns to live and work, and more of them will return to their industrializing home areas as the Chinese urbanization rate will be settled at 65 percent. In recent years, the economic growth rates of many areas in the western region have even surpassed those of the eastern provinces.

China has been promoting industrial upgrading and ever-optimizing its economic structure since its very existence in 1949, since the opening and reform in 1978 and since its high-quality adjustments and deepening of reform in the 2010s. In recent years, for instance, it has cut its coal capacity significantly. It has shut down 1,000 low-quality coal mines. And it has eliminated dozens of millions of metric tons of steel capacity. The country is now implementing world-leading pilot low-carbon policies through replanning and redesigning the regional division and scale of urban and rural areas, striking a balance between transportation and industrial policies, spatial planning and building structure, and encouraging consumers and citizens in general to change their everyday behaviors to minimize carbon emissions.

While addressing the general debate of the 75th session of the UN General Assembly in 2020, President Xi Jinping announced that China was stepping up its efforts to contribute to addressing global climate change by strengthening policies and measures with the aim of peaking its carbon emissions before 2030 and of achieving carbon neutrality before 2060. It had already fulfilled some of its commitments in the Paris Agreement on Climate Change three years ahead of schedule. China's steps toward a future sustainable civilization are path-breaking and breathtaking, in particular so in comparison to what the leading Western powers are doing, or failing to do.

China has implemented goals shared by many countries, including inclusive prosperity and stability, fair distribution and ecological protection. To drive global development, it has generated bunches of new ideas, shown new capabilities and developed new networks, such as the Belt and Road Initiative. This initiative is generating greater prosperity for all participants on an equal basis. For the first time in history, Africa is able to sustainably industrialize itself with China's support, something that European/Anglo-Saxon colonialism has been preventing for two centuries. The ideas of "cooperation and development for mutual benefits" and the "changed role in global trade" show that the Belt and Road Initiative is completely different from hegemonism and unilateralism, colonialism and imperialism. Amid the global spread of the novel coronavirus, for instance, China has decided to suspend debt repayments for 77 of the poorest developing countries. And China is providing hundreds of millions of vaccines to more than a hundred countries.

The achievements of China would have been unthinkable without the CPC's leadership. With a history of 100 years, the Party has led the Chinese people to achieve national liberation, to survive crises, and introduce adjustments for the country to reform and improve itself. The CPC led long fights against invasion and the overthrowing of colonialist and imperialist forces, and has steered China's development during difficult times, leading China toward new paths never explored before by humankind. People are putting ever greater trust in such a political force and government and rightly pin great hopes on it, for the socialist path with Chinese characteristics has proved to be the most successful, and in fact only viable, alternative.

Over the past century, the CPC has experienced and addressed numerous crises from the Long March to the success of founding the People's Republic of China. China had to rely on imports from Western countries in industrial production and had to serve as a low-cost manufacturing factory. But now the country has become a pioneer in technological research and development, achieved industrial upgrading, developed the pattern of dual circulation between domestic and global markets, and launched high-tech and most impressive, world-leading ecological revolutions. It has also developed South-South cooperation, initiated and promoted the Belt and Road Initiative as mentioned, coped with the pandemic with referable practices and provided COVID-19 vaccines to most developing countries.

With more than 95 million members, the CPC is certainly the world's largest and most experienced governing party. It has shown wisdom, knowledge, and learning, analytical and political capabilities, as well as strong capacities for domestic mobilization and extensive international cooperation. Over the past century, the Party has adhered to its original aspirations while implementing reforms and reconceptualizations as the country has forged ahead. It is leading China to achieve comprehensive national rejuvenation. China's development also shows that the socialist system with Chinese characteristics is surpassing capitalism and its weakening imperial and hegemonic systems. Its system broadens indeed the horizon of humankind.

The author is a retired professor of economics at the University of Bremen, Germany, editor-in-chief of the Review of Evolutionary Political Economy and guest professor at the Jilin University. This article is provided by the Chinese Academy of Social Sciences. The views do not necessarily reflect those of China Daily. 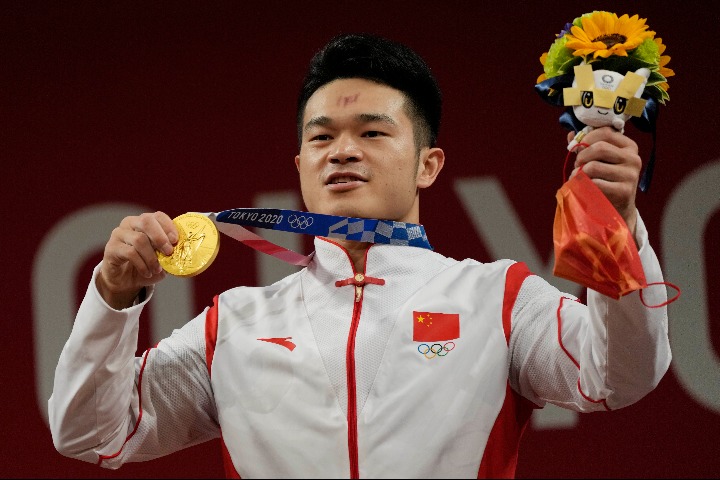