Matteo Marchisio, International Fund for Agricultural Development representative for China, DPRK and ROK, thinks the commitment that China's leadership demonstrated regarding poverty reduction is something that other countries can learn from China.

"This has been a long-term commitment that has consistently been implemented by the various leaders throughout the years," Marchisio said. "It has been translated not only into a political vision, but also in allocation of resources to this objective". Marchisio made these comments as he answered questions related to China's poverty alleviation asked by readers around the world.

China Daily has been conducting an in-depth survey since February with our global media partners on what readers want to know about China.

Marchisio pointed out e-commerce played a key role in the process of China's poverty alleviation, as it allowed poor rural households and farmers to directly connect with the market so that they could have a reliable source of income.

Fan Shenggen, chair professor at China Agriculture University and former director-general of the International Food Policy Research Institute, said China's successful experience in poverty alleviation offers a good example that every country can learn from. He pointed out that starting from agriculture is a good practice that may be useful for other countries, too.

"Agriculture needs to be further reshaped or restructured to make sure that in rural areas, residents continue to have access to income through agricultural development," Fan pointed out. 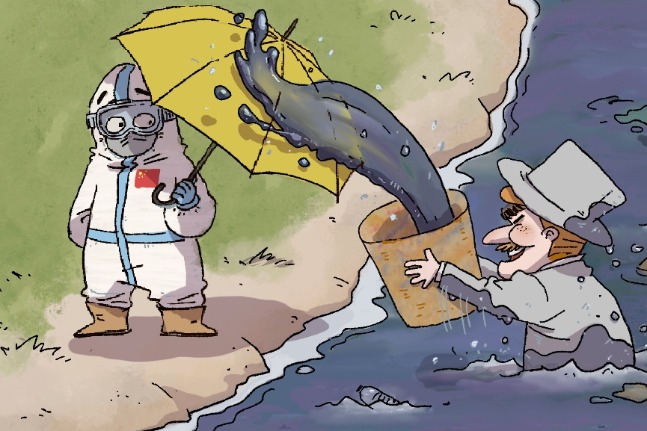 Who's behind 2nd origin tracing proposal?
Most Viewed in 24 Hours
Forum trends