Why is US desperate to blame China for the origins of COVID-19?

US President Joe Biden has recently ordered intelligence officials to investigate the Wuhan lab-leak theory of the origins of COVID-19. The presidential order came just after the Wall Street Journal (WSJ) had published a report fanning the speculation, propagated by former US President Donald Trump, that the coronavirus might have leaked from the Wuhan Institute of Virology, China.

Biden’s prompt order was based on prejudice against China. The WSJ published the report sourcing an undisclosed US intelligence report. Besides, White House spokeswoman Jen Psaki said the information came from a foreign entity, and that the US needed additional information to independently verify the report. Even the WSJ report itself mentioned that there isn’t yet enough evidence for establishing the lab-leak theory.

Some mainstream media and politicians from the US and its allies have merrily joined the chorus against China. They are running widespread propaganda portraying that China is liable for the origins of the deadly virus. In doing so, they are purposefully rejecting all the scientific evidence and logical points.

The US never found such weapons and a single spoon of anthrax in Iraq but destroyed the entire country based on the fake reports. Michael R. Gordon has written the recently published report in the WSJ about Wuhan lab-leak theory. It’s the same journalist who wrote the lies about Weapons of Mass Destructions (WMS) in Iraq that paved the way for the invasion of Iraq by the US in 2003.

Gordon’s involvement in the so-called report itself speaks volumes of its falsehood. People don’t need further proof to disbelieve the report written by a poodle journalist like him. Moreover, the WSJ report itself mentioned that the World Health Organization's (WHO) report on the origins of COVID-19 said the chances of it having started in a lab were "extremely unlikely".

The WSJ report has also mentioned that Anthony Fauci, President Biden's chief medical adviser, has also maintained that he believes the virus was passed from animals to humans. International experts have repeatedly rejected the Wuhan lab-leak theory and commented positively on China's openness and transparency on different occasions.

The Australian representative on the WHO's investigation into the origins of coronavirus has defended the team's findings after President Joe Biden ordered US intelligence agencies to carry out extra investigations into the source of the pandemic.

Speaking to the ABC, NSW Health medical virologist and infectious disease physician Dominic Dwyer, who spent four weeks in Wuhan in January and February, said there was no evidence to back up the lab-leak theory.

"The US intelligence forces were asked to show if they had any information that might be helpful. They haven't done that yet," Professor Dwyer said, adding, "The fact that President Biden says he's getting conflicting reports from his intelligence agencies, to me, suggests there is no clear evidence, otherwise it would be obvious what was going on.”

Analysts are of the view that the US and its allies are trying to smear China to hide their failures to help the world amid the coronavirus pandemic. As the only superpower, the US is supposed to assist the world to fight the deadly virus. But it has failed to save the lives of their people, let alone offer any assistance to other countries in the gloomy days of the pandemic.

The true color of the US has been revealed as people come to know that the superpower has stockpiled far more doses of vaccines than it needs. Though the US has 330 million people, only 4 percent of the global population, it alone has purchased about 2.6 billion doses, a quarter of the global total, far over its need. Up to 100 million doses are sitting in US warehouses gathering dust.

On the contrary, China has successfully defeated the virus at home and returned its economy to the time before the pandemic. It was the first to pledge to make its vaccines a global public good and it has been honoring this commitment. China is working hard to contribute to realizing the accessibility and affordability of vaccines in developing countries.

China has also offered to provide an additional $3 billion in international aid over the next three years to support COVID-19 response and economic and social recovery in other developing countries. It is likely to supply around three billion doses of vaccines to the world this year.

The country has already supplied 300 million doses of vaccines to the world, and it will provide still more vaccines to the best of its ability. China supports its vaccine companies in transferring technologies to other developing countries and carrying out joint production with them.

Such massive contributions of China to save the world from the virus have driven the US insane. Therefore, the US doesn't care about facts and scientific truth about the pandemic. Just to save its face as the superpower, the US gets desperate to make the Chinese contributions questionable and conceal its failure to manage the pandemic at home and help the world.

However, just like adding insult to injury, the widespread propaganda against China by the US and its allies has also fallen on deaf ears. People around the world, except for the US and its allies, doubt the propaganda. Hence more and more countries are turning to China to forge ahead cooperation in the fight against the contagious disease. 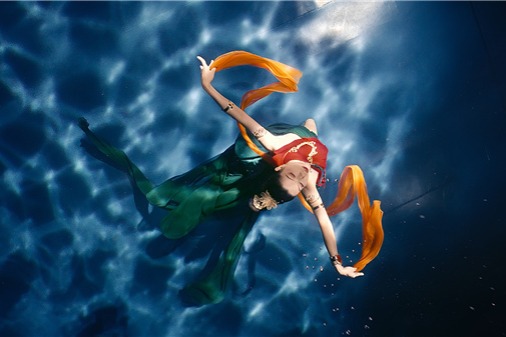