Western theory on multilateralism not perfect

US President Joe Biden claims to have abandoned his predecessor Donald Trump's "America first" policy and returned to multilateralism. Considering China's continuous emphasis on multilateralism, its relations with the US should have improved and bilateral cooperation returned on track had Biden's claim been true. But that has not been the case, partly due to the difference in the two governments' understanding of what multilateralism means.

On March 23, the Chinese and Russian foreign ministers issued a joint statement on global governance, including remarks on "certain aspects of global governance in modern condition", and pledged to adhere to "the multilateralist principle of openness, equity and non-ideology".

By contrast, the United States seems to be busy forming coteries, rather than practicing real multilateralism. Many believe Biden is pushing a form of multilateralism that is based on shared ideology, like-mindedness, alliances and partnerships. The US assumes that only like-minded countries can enhance the quality and efficiency of multilateral cooperation.

The difference in the Chinese and US understanding of multilateralism goes beyond diplomacy, however. It raises significant theoretical issues, too. First, due to the great changes brought about by the rise of emerging economies, the definition of multilateralism that originated in the West appears increasingly inadequate in explaining the current realities.

Therefore, the Western theories on multilateralism, and its efficacy, are based on the premise of cooperation among homogeneous countries. But the rise of emerging countries such as China and India at the turn of this century posed significant challenges to the group of homogeneous countries, not least because despite claiming to practice multilateralism, they couldn't welcome the rise of the emerging economies. Instead, they began complaining that the world order has been compromised.

Second, the problem with the present framework of multilateralism based on homogeneity lies in its approach of classifying countries into status quo-preserving and change-seeking categories. This perception is based on the idea that potential conflicts in international relations is the result of the contradiction between dominant powers that want to preserve the existing world order and rising powers that want to change and improve it.

From the perspective of the dominant powers, the solution to this contradiction is to find ways to homogenize a rising power follow, and make it part of their homogeneous group. They dominant powers believe this would make multilateral cooperation more efficient, further stabilize the world order, and promote peace and prosperity.

The trouble is, in this highly diverse world, any attempt to achieve absolute homogeneity will lead to a conflict. History is full of examples of a dominant power viewing a rising power as an anomaly. In the 19th century, Britain saw a rising Germany as an aberration. At the beginning of the 20th century, post-Meiji Restoration Japan became the primary victim of the "yellow peril" theory. The black-or-white framework of multilateralism that divides states into status quo-preserving and change-seeking groups is out of sync with today's reality, which includes the rise of emerging economies.

Third, the process of homogenization of actors in multilateral cooperation is one of two-way tolerance and mutual adaptation. Of course, cooperation among homogeneous countries can make multilateralism more efficient. Indeed, some degree of homogeneity is necessary if humankind wants peace, prosperity and co-existence.

If the pursuit of complete homogeneity in the internal governance structure and value systems is unrealistic, there is another way to realize multilateral cooperation－forcing rising powers to adapt to the existing world order by means of institutions. The cognitive premise is the belief that countries have to be rational actors in order to survive in an international system without a global government. So, as long as powerful institutions and rules make them feel there is no option but to accept them, they will choose to follow and adapt to the existing order because the cost of seeking change may be too high for them to pay.

It is precisely because of such factors that the US has often emphasized in its policy statements on China and Russia that it will continue to fight against behaviors that undermine the "rules-based world order". There will always be differences between the perceptions of fairness and efficiency, and homogeneity and heterogeneity. The only solution to the problem is for the dominant and rising powers to influence each other, meet one another half way, and settle their differences through talks.

The author is an associate professor at National Niigata University in Japan. 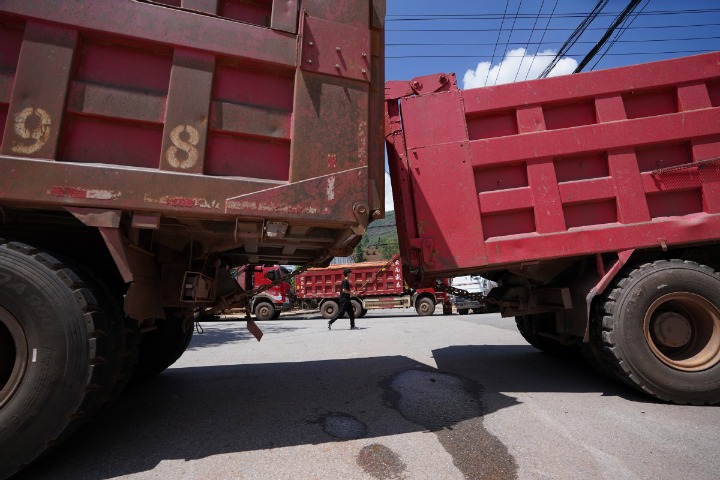