Two innocent people, one Chinese included, were killed in a shooting spree in downtown Los Angeles on April 27. This is the latest case of the "gundemic" but did not even make the headlines, as similar reports have become so commonplace that they can no longer capture public attention.

In 1886 when the US Supreme Court first recognized that the Second Amendment protected individual's right to keep and bear arms, the genie of the "gundemic" skipped out of the bottle. Since then, it has been plaguing the American society every now and then. The United States, deemed as the land of freedom, justice, and equity, is among the deadliest countries in the world when it comes to people opening fire on others.

With one pandemic is hardly under control, another epidemic, the "Gundemic" is ravaging. "Gun violence in this country is an epidemic and it's an international embarrassment," US President Biden admitted on April 8. outside the White House, which was echoed again in his address to a joint session of Congress on the eve of his 100th day in office yesterday.

As Americans mourn more than 500,000 people killed by COVID-19, they are also in remembrance of the over 41,500 people who died in the "gundemic" nationwide last year, namely 110 lives vanished on a daily basis, as documented by the America's Gun Violence Archive. In total, 592 mass shootings (1.6 per day) happened in 2020 across the US, up by 47%. Minors unexpectedly fell victims to the "gundemic" with approximately 1300 children under age 17 being killed and over 3600 being injured. Many Black and Latino neighborhoods nationwide have also been disproportionately affected by both epidemics.

For underprivileged Americans, lack of access to stable income, suitable sheltering, proper education appears to be the causation of gun violence. A more underlying reason for the deteriorating "gundemic" is that the American government makes little effort to address the root causes – racism and poverty. Decades of negligence of and underinvestment in Black and Latino communities have created areas of concentrated disadvantage where public crises — both COVID-19 and the "gundemic" — survive and thrive.

Guns are unreasonably easy to get in the US. "It's easier to buy a gun than to register to vote", as gun control advocates lamented. More firearms were sold in 2020 than in any other year on record. Nearly 23 million guns were purchased throughout last year, up by 64% over 2019, indicated by federal data on gun background checks. Among those, more than 8 million went to first-time buyers, the US National Shooting Sports Foundation suggests.

The high rate of gun violence is, in most cases, a uniquely American problem. With regard to gun homicides, the US has historically reported a rate about 25 times higher than other wealthy nations. Over 14,000 people in the US died of the "gundemic" in 2017, while around only 1,000 Europeans faced the same fate. What is unique is that 83 percent of these murders are from legally obtained firearms, meaning they are preventable.

People call the police when in danger. In US, nevertheless, police are becoming a source of fear for the public. From January to November 2020, only 17 days were exempt from deaths caused by police violence, recorded by Mapping Police Violence database. Homicides reached a 16-year high in 2020 with more than 920 people being shot by the police. Few police officers involved were charged and prosecuted, though. More concerning is that deaths of African Americans doubled that of the white, according to the Police Shootings Database.

Tensions between the public and police seem to be temporarily cushioned by the conviction of Derek Chauvin, culprit of George Floyd's death, but Americans' fading trust in the police and US public institutions cannot be rebuilt in the foreseeable future.

Though the Biden administration vows to take action to address the "gundemic" after at least 50 mass shootings occurred since the March 16 Atlanta tragedy, the only thing they did so far is to call for Congress to pass legislation enhancing gun control. Unfortunately, gun control legislations are extremely hard to get through the US Congress due to partisan politics and the influence of interests groups. When reality becomes politicized, people die.

The right to life is the most fundamental human right as recognized in Article 3 of the Universal Declaration of Human Rights. "Life" also comes before "liberty and the pursuit of happiness" among the three unalienable rights enshrined in the Declaration of Independence. However, for decades, the US government has failed to live up to its promises made to its people. When their government fails to do so, ordinary Americans choose to pick up a gun for self-protection.

There is no easy way out for such a historical issue but the tide can never be turned if the US still diverts the public attention to other countries and can't fix the "gundemic". No one would believe that a country, with over 41,500 lives lost annually due to the "gundemic", has ever had competence and legitimate right to "defend and promote" human rights in other countries. The United States should first of all, show the world and its people that democracy works at home, and they do have the capability of putting the genie back in the bottle. 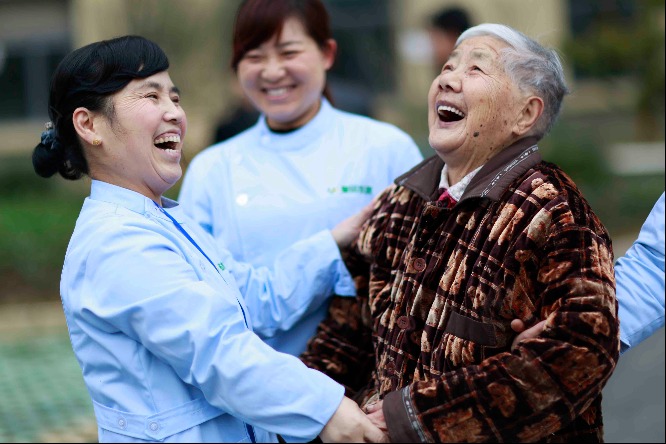 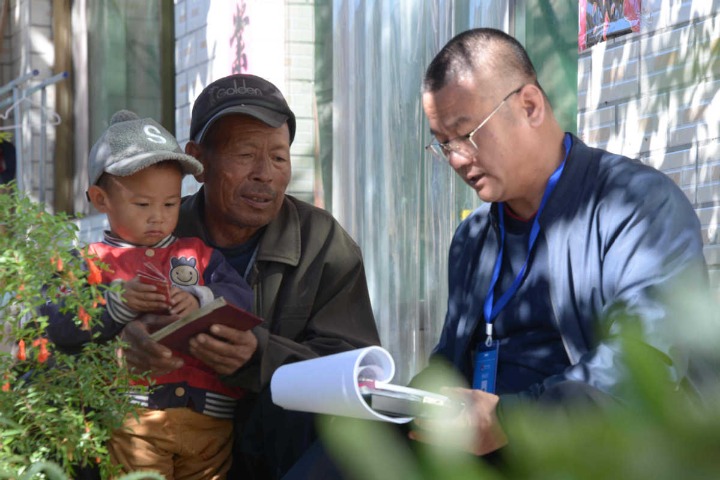 Infographic: What is the national census? 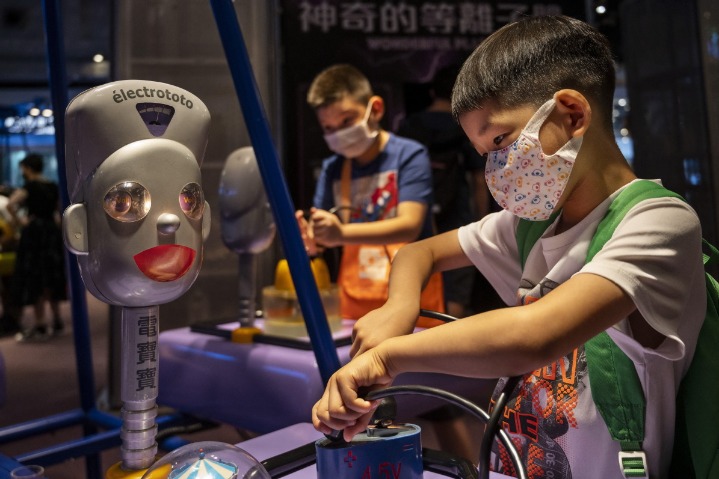 Robots in the past 500 years on display in Hong Kong 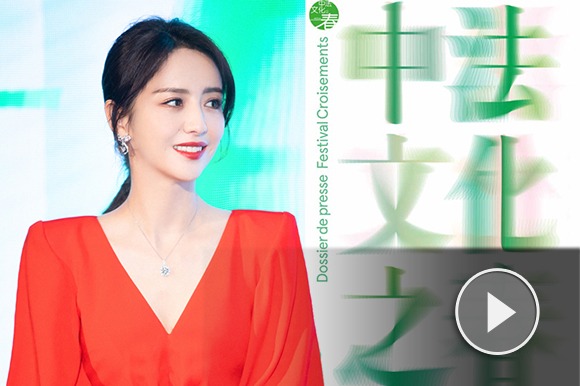