Japan should heed its neighbors about nuclear wastewater issue

On April 13, the Japanese government drew the attention of the international community by announcing the decision of a cabinet meeting to release wastewater from the Fukushima nuclear accident into the Pacific Ocean. China, South Korea, Russia and some other countries expressed grave concern or dissatisfaction with Japan's decision. South Korea is even considering the possibility of filing a lawsuit against Japan at the International Tribunal for the Law of the Sea (ITLOS) and of requesting provisional measures through ITLOS. At the first meeting of the Ocean Affairs Dialogue Cooperation Mechanism between China and South Korea on April 14, Beijing and Seoul once again expressed their shared opposition to Japan's nuclear wastewater release plan.

In contrast, Washington thanks Japan for its transparent efforts in its decision to dispose of the treated water from the Fukushima and believes that Japan has adopted an approach in accordance with globally accepted nuclear safety standards. But it is interesting to note that on April 3 the United States imposed import restrictions on agricultural products produced in Fukushima.

The Director General of International Atomic Energy Agency (IAEA) Rafael Mariano Grossi also takes a positive attitude on Japan's announcement on how it will dispose of the treated water stored at nuclear power plant. Grossi even promised that, in order to restore the confidence of the international community and Japan's domestic society, he would send experts to Fukushima and personally visit Japan before the nuclear wastewater is released into the Pacific. However, judging from reports at home in Japan and the opposing positions of neighboring countries, neither the US State Department's statement nor the IAEA's endorsement can eliminate the concerns of the international community and the public.

According to the plan released by the Japanese government, more than 1 million tons of nuclear wastewater will be discharged into the Pacific Ocean. This will be the largest nuclear waste release in human history. Although the United Kingdom, France, and the United States have conducted nuclear weapons tests or stored nuclear waste on uninhabited islands in the oceans, the impact of these activities on the marine environment may not be comparable to that of Japan's pollution discharge. Regardless of whether the nuclear wastewater release will be implemented in 2023 or not, the official decision of the Yoshihide Suga government inevitably has a serious negative impact on Japan's international image. Besides, in terms of marine environmental protection issue, it is worth mentioning that Japan has already been criticized for commercial whaling in the past few decades.

There are many factors that contributed to prompt the Japanese government to finally make this decision. First, since the Fukushima nuclear accident, Tokyo Electric Power Company has built many water tanks to store nuclear wastewater, but this is not a long-term solution. The Japanese government has never made the decision to choose the lesser of two evils in dealing with the Fukushima nuclear accident as the Soviet Union did in dealing with the Chernobyl nuclear power plant accident. For Japan, discharging nuclear wastewater into the Pacific Ocean is a method with low technical difficulty and economic cost.

Second, considering Japan's upcoming parliamentary elections, the Yoshihide Suga government's decision to discharge nuclear wastewater into the Pacific is also an attempt to turn hot topics that have not yet been fully discussed into established facts, release domestic political pressure, and reduce the adverse effect of Fukushima nuclear accident issue on the parliamentary election.

Third, after Biden took office, the United States and Japan strengthened their strategic coordination, and their alliance has been restored. Japan's official decision to discharge nuclear wastewater into the Pacific Ocean has in fact been understood and tolerated by the United States. In this case, even if the neighboring countries react strongly, Japan seems to be able to withstand the diplomatic pressure.

Although the formal decision on nuclear wastewater discharge was made, representatives, fishery enterprises and civil organizations in Japan still hold strong objections. Some Members of the Liberal Democratic Party of Japan said that nuclear wastewater should not be discharged to the Pacific Ocean. The Japanese Fisheries Association issued a protest statement, stating that the government's decision would bring disasters to fisheries, and was unacceptable. Residents in Tokyo, Fukushima and other places in Japan also organized protests against the decision of the Japanese government.

Since the proposal of the Fukushima nuclear waste emission plan was released last year, the discussion of nuclear wastewater on marine ecology and industrial safety has never stopped. In the past few months, many scholars and research institutions have pointed out that there is a variety of radioactive substances in Fukushima nuclear waste storage tanks, which are not easily absorbed by seabed, and will spread to the entire Pacific Sea area or even affect the global ocean environment. Some radioactive materials in nuclear wastewater also pollute marine organisms, causing serious threats to fishery production, food safety and human health.

The water around Fukushima is the fishing ground of the local fishermen, but the liquidity of the ocean also determines the emissions of Fukushima nuclear wastewater will affect regional and even the whole world's fisheries, marine ecology and human safety. Nuclear waste emissions do not only constitute a domestic issue of Japan, but also affect the interests of its close neighbors, coastal countries around the Pacific and the international community at large. In terms of international law, the issue of emissions from Fukushima nuclear wastewater also involves the observation of some legal rules and treaty obligations.

The United Nations Convention on the Law of the Sea (UNCLOS) stipulates that countries have obligations to protect and preserve the marine environment, and the state party should minimize toxic and harmful substances from land sources. According to the UNCLOS, when taking steps to prevent, reduce and control the pollution of marine environments, countries should not directly or indirectly transfer harm or hazard from one area to another. The UNCLOS also requires countries to develop domestic law to reduce and control land source pollution. As a state party of the UNCLOS, Japan is obligated to protect and preserve the ocean environment. Before deciding on the Fukushima nuclear wastewater emission, Japan shall cooperate with surrounding countries, stakeholders and the competent international agencies to share the necessary information and intelligence and formulate an emergency plan. In other words, Japan should strictly implement its obligations under international law.

The Convention on Early Notification of a Nuclear Accident applies in the event of any accident involving a release of radioactive material which has resulted or may result in an international transboundary release that could be of radiological safety significance for another State. According to the Convention, Japan shall, as far as is reasonably practicable, respond promptly to a request for further information or consultations sought by the affected State Party including but not limited to China, South Korea, Russia, Vietnam, Australia and the US, with a view to minimizing the radiological consequences in the Pacific. In order to fulfill the obligations of information transparency, Tokyo also needs to provide information on current and forecast meteorological and hydrological conditions, which is necessary for forecasting the transboundary release of the radioactive materials, and the results of environmental monitoring relevant to the transboundary release of the radioactive materials.

It's also worth noting that Japan joined Convention on Nuclear Safety on May 12, 1995. This convention aims to achieve and maintain a high level of nuclear safety worldwide through international cooperation. According to article 16, each contracting party shall take the appropriate steps to ensure that the competent authorities of the other States in the vicinity of the nuclear installation are provided with appropriate information for emergency planning and response. As far as Japan's plan to discharge nuclear wastewater into the Pacific Ocean is concerned, whether Tokyo has fully fulfilled this treaty obligation is also doubtful.

In addition to the aforementioned international obligations that Japan should perform as a contracting party, international customary law has also established some basic principles that Japan needs to abide by.

The "due diligence" principle requires a country to take necessary measures to ensure that actions under its jurisdiction or control will not seriously harm the interests of other countries or the international community. This means that Japan has the responsibility to ensure that all its activities relating to nuclear accident do not cause harm to the environment of other countries or other areas not under its jurisdiction. The "duty to cooperate" principle also requires Japan to cooperate and negotiate with neighboring countries and the international community at the regional and global levels, including exchanging specific information on nuclear wastewater, sharing supervision and testing information with relevant international agencies, and formulating emergency measures through consultations.

As one of the first Asian countries to participate in international ocean governance, Japan has a great influence and voice on global ocean issues. Whether it is from the standpoint of being responsible to East Asia and the Pacific Rim, or that of being responsible to the international community and to humanity, Japan should fulfill the obligations provided for by international treaties and custom international law on the nuclear wastewater release rather than purely pursuing its own interests. And as Japan's most important ally, the US should not play a geopolitical game on this issue, nor should it adopt double standards out of the need to win over Tokyo.

Ding Duo is deputy director of the National Institute for South China Sea Studies' Research Centre for Oceans Law and Policy in Hainan, China, and non-resident Research Fellow of the Institute for China-America Studies (ICAS) in Washington, DC. 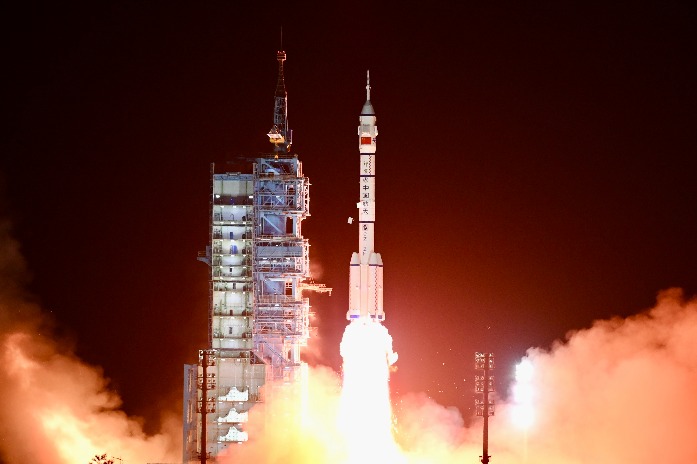 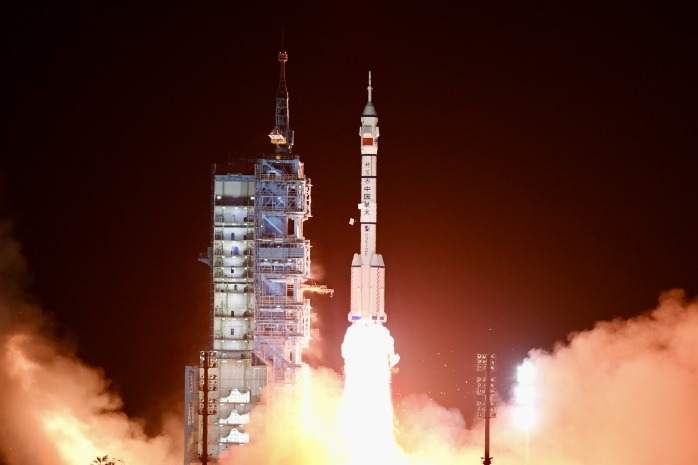 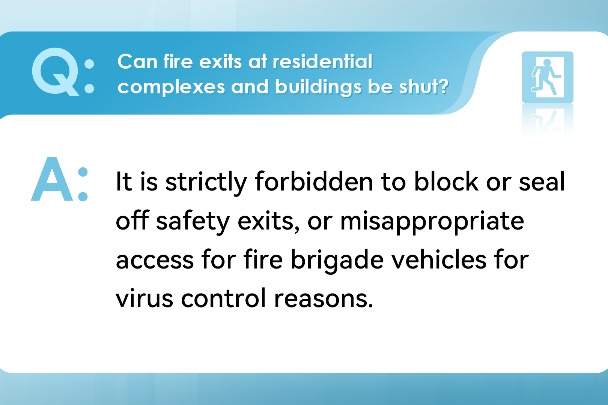 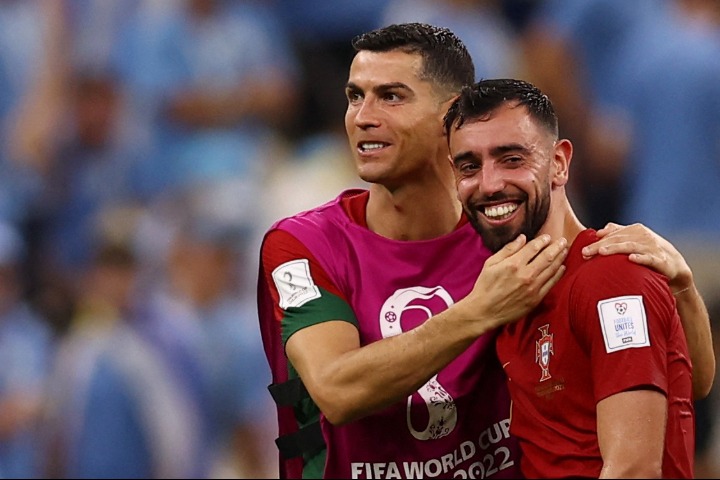 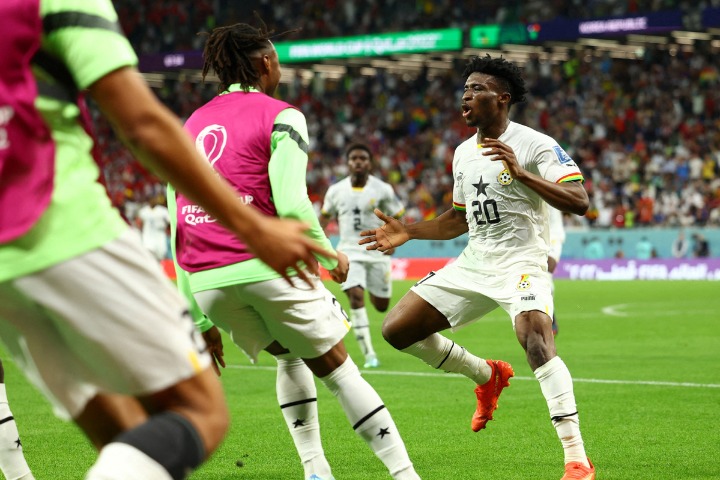 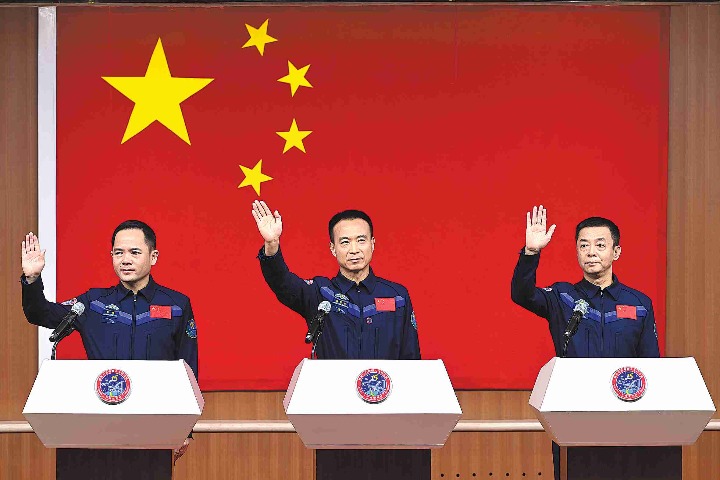