The government of Japan has reportedly decided to release radioactive water accumulated at the now defunct Fukushima nuclear plant into the sea, and the decision may be finalized as early as Tuesday at a meeting of related ministers.

In March 2011, a tsunami caused by a magnitude 9.0 earthquake 180 kilometers off the northeast coast of Japan damaged the plant's cooling systems, causing three reactor cores to melt. About 1.2 million tons of water have since been pumped through the reactors to cool the melted fuel. This contaminated water is stored in specially built storage tanks. But the capacity of the containers will be reached next year and there is a plan to remove them to make room for decommissioning operations.

To the Japanese government, this may be, in Prime Minister Yoshihide Suga's words, the "most realistic" option. Because on the one hand, technically there is no way to completely remove the radionuclides in the water; while on the other hand, theoretically, the water will be treated to reduce the radioactive elements to levels believed to be safe in small amounts.

But although the International Atomic Energy Agency, the international nuclear safety watchdog, reportedly supports the Japanese government's chosen method, this is about pouring millions of tons of radioactive waste water, radioactive even after treatment, into the Pacific Ocean, the long-term impacts of which are not foreseeable.

Even scientists concede their inability to judge the long-term impact on marine life from low-dose exposure to such large volumes of radioactive elements. No wonder there has been fierce opposition from local fishermen and residents in Japan since the idea was first floated; and from Japan's neighbors.

Given the uncertain consequences of the release, and the potential long-term effects on the maritime environment, it would be irresponsible, even rude, if Tokyo makes a decision on the matter without consulting neighboring countries and considering their legitimate concerns. Since the practice will inevitably affect the maritime environment for multiple countries in the neighborhood, Tokyo should engage all stakeholders to find a solution acceptable to all.

Responding to news about the Japanese government's decision, Beijing has urged Tokyo to share information and make prudent decisions on the basis of full consultation with neighboring countries.

It is not only a moral obligation the Japanese government bears on its shoulder, but also a constructive approach to a matter of significance that concerns multiple parties in its immediate neighborhood.

It would be sad if the wounds from a tragic natural disaster divide close neighbors when they need to join hands and help each other. 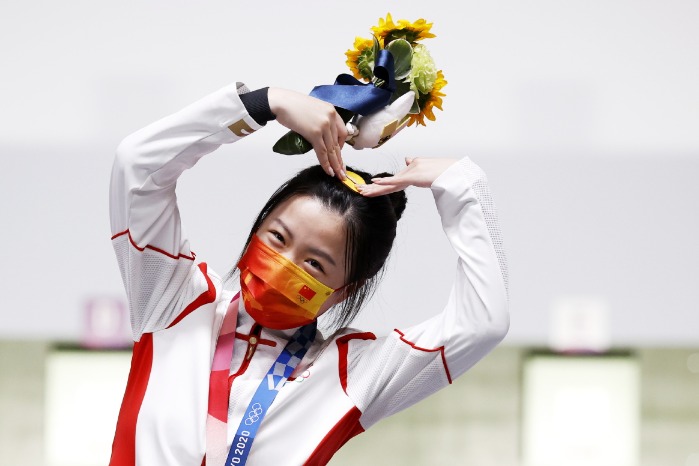