3. "Long-arm jurisdiction" and sanctions against other countries based on US domestic laws

"Long-arm jurisdiction" refers to the practice of extending one's tentacles beyond one's borders and exercising jurisdiction over foreign entities based on one's domestic laws. In recent years, the US has been extending its "long-arm jurisdiction" to wider areas including civil torts, financial investment, anti-monopoly, export control and cybersecurity. In international affairs, the US has frequently requested entities or individuals of other countries to obey US domestic laws, otherwise they may face US civil, criminal or trade sanctions at any time.

Take export control as an example. To consolidate its technological advantages, the US has long established an all-round export control system. Through the Export Control Act, the Export Administration Regulations and the International Emergency Economic Powers Act, US exporters or exporting users must apply for export licenses. Foreign buyers are required not to violate restrictive regulations such as those on end-use and end-users, otherwise they will be subject to penalties, including being put in the Entity List which will place them under strict restrictions, or even prohibit them from importing from the US. Statistics show that by August 1, 2018, as many as 1,013 entities from around the world have been put on the Entity List of the US Department of Commerce. This action has undermined not only the interests of companies concerned－including those from the US－but also the development rights of developing countries.

The US is also vigorously reviewing and revising its export control legislation to strengthen its "long-arm jurisdiction". On August 13, 2018, the US President signed the National Defense Authorization Act 2019, an important part of which is the Export Control Reform Act (ECRA). The ECRA further tightened restrictions on foreign-holding companies, intensified controls on "emerging and basic technologies", and mandated an interagency process to boost law enforcement capabilities. Recently, the Bureau of Industry and Security of the US Department of Commerce added 44 Chinese entities to its Entity List for "acting contrary to the national security or foreign policy interests of the United States". Such measures create obstacles for Chinese businesses to conduct normal trade and are in fact an extension and upgrading of "long-arm jurisdiction". 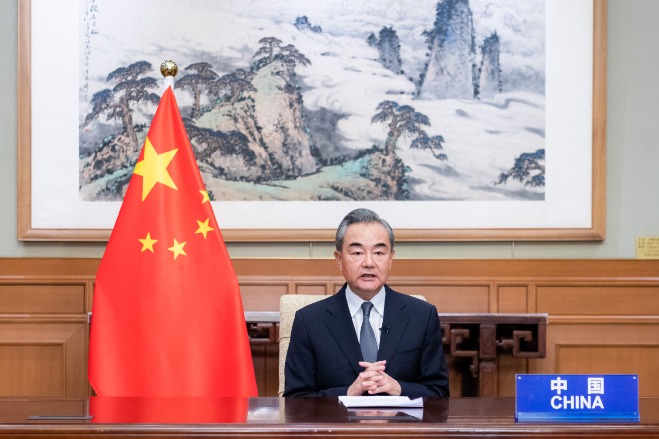 US' politicization of virus origin hurting the world
China Views