China's development — especially over the past 10 years — has set a good example for other developing countries to follow their own paths to modernization, scholars and experts said.

Their comments came at the Third Think-Tanks Forum on National Governance in Developing Countries on Thursday in Beijing. Hosted by the Party School of the Central Committee of the Communist Party of China (National Academy of Governance), the Institute of Party History and Literature of the CPC Central Committee, and Peking University, the forum was held both online and on site.

The forum was attended by officials and think tank representatives from China, Europe, the United States and over 20 developing nations in Asia, Africa and Latin America.

While following such a strategy might be aimed at accelerating development, in reality it often failed, he said.

"China has done otherwise by doing the job under its own conditions, considering what it has as the basis, then deciding what to do," he said while analyzing the concept of Chinese path to modernization put forward at the 20th CPC National Congress. "To be oneself is the most important lesson that other developing countries could learn from China's development."

Wang Junwei, a senior researcher and director of the academic and editing committee at the Institute of Party History and Literature of the CPC Central Committee, said that the Chinese way of development was totally different from major Western powers' modernization over the past 500 years, which was dominated by the West following colonialist rules.

"The modernization of major Western powers is filled with blood and sweat from other nations, of which China is a main victim. Therefore, China will never seek hegemony even after it is well developed — it will help other developing nations instead," he said.

Ra'ed Mohamed BenShams, president of the International Institute of Administrative Sciences and head of the Institute of Public Administration in Bahrain, said that "there is no mode for development and modernization that applies universally".

"Different development modes apply in different environments and have their own reasons for success," he said in his speech. "China's development mode proves to be an important one that has promoted development of the nation. As we all have witnessed, China is climbing up the ladder of development.

"Chinese culture also contains wisdom and patience that provide us with a solution to cope with challenges. We need multinational unity and cooperation, investment in public management, and to build good governance to encourage innovative solutions to our problems."

"There are both opportunities and challenges in the current era, and there is no country that can solve the problems alone," he said when addressing the forum. "On our path toward modernization, such policies and initiatives can lay a solid foundation for people all over the world, as well as encourage all nations to modernize together in an equal way." 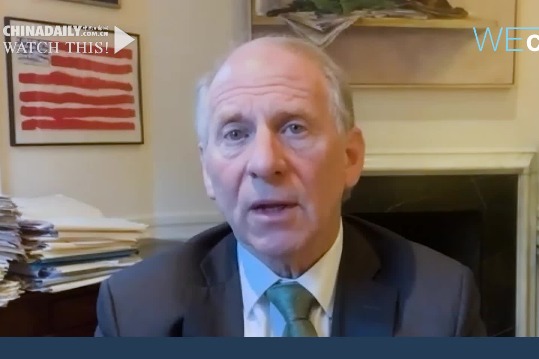