The international community has reacted positively to the constructive outcome of the 20th National Congress of the Communist Party of China, which successfully concluded in October.

China's domestic politics and foreign policy have evolved significantly under the leadership of the CPC. More and more countries are deepening their cooperation with China and foreign enterprises continue to inject investments and start businesses in the country. China, with its phenomenal development and economic achievements, has established a comprehensive diplomatic presence in international relations. These growing capabilities and successes are bound to continue to strengthen China's position in the international system.

An increasingly changing and uncertain world is facing challenges such as weak leadership, inadequate economic growth, unilateralism, protectionism, hegemonism, power politics and the fueling of geopolitical tensions affecting world peace and stability. These global challenges are more and more interlinked. However, what is discouraging is the fact that the international community's collective response to these global problems has been inadequate and fragmented.

It is against this background that the international community welcomed the profound insight and guidance provided by General Secretary Xi Jinping on domestic trends and major international challenges during the Congress. China's concrete measures to contribute to development and security, based on the commendable concept of building a community with a shared future for mankind, were particularly praised. In this regard, the Global Development Initiative and the Global Security Initiative, which offer China's solutions to make the global governance system more equitable and fair, promote common development and defend common security, were strongly commended.

These constructive Chinese initiatives represent an exciting new perspective for international cooperation in a multipolar international order with encouraging new concepts for development, security and governance.

UN Secretary-General Antonio Guterres, in fact, stated recently that the deliberations through the Global Development Initiative will add momentum to development progress across the globe and speed up the implementation of the UN 2030 Agenda for Sustainable Development.

China's diplomacy is firmly committed to the promotion of a new type of international relations, an unwavering commitment to bridge differences through dialogue and resolve disputes through negotiations on the basis of mutual respect, equality and mutual benefit as well as the active promotion of international cooperation and multilateralism to jointly create a better future for humanity. Based on these constructive principles and approach, China is destined to occupy an increasingly prominent role as a stabilizing force globally.

China has become one of the most important partners and contributors to Africa's economic growth and development. This was amply reflected by the highly constructive official visit of Tanzanian President Samia Suluhu Hassan to Beijing in the wake of the 20th CPC National Congress. The visit clearly reflected the unbreakable bonds of friendship, solidarity and mutual respect between China and Tanzania, which indeed auger well for the continued dynamic expansion of future cooperation.

The Dakar Declaration of the Eighth Ministerial Conference of the Forum on China-Africa Cooperation issued in November 2021 also clearly stated that African countries welcome and support the Global Development Initiative proposed by China, emphasizing that improving the global development partnership is key to the implementation of the UN 2030 Agenda for Sustainable Development and the African Union's Agenda 2063.

However, Western initiatives, such as the United States' Prosper Africa, the G7's program called the Build Back Better World, as well as the European Union's Africa-Europe Investment Package, to a large extent, represent futile steps aimed at reducing China's influence in Africa and to compete with China's highly constructive Belt and Road Initiative instead of fostering well-meant and genuine economic development.

China, based on its positive track record, has an advantage over the US among others through the Forum on China-Africa Cooperation and the Belt and Road Initiative. The FOCAC programs for China-Africa announced in Dakar have injected new momentum into China-Africa cooperation. China and Africa have jointly managed to facilitate numerous practical and action-based policies and projects on the continent which will undoubtedly gain further momentum under the framework of the Belt and Road Initiative. The US, in fact, has been playing a "catch-up" game on the continent, a situation that seriously frustrates the US administration.

Africa, which has longstanding and excellent relations with China, would prefer to see a process unfolding which could lead to the restoration of constructive ties between China and the US, based on mutual respect, dignity, good faith and mutually beneficial cooperation. The world's two largest economies should ideally work together in providing support and assistance to vulnerable countries and contribute to the resuscitation of the global economy.

It was therefore predictable that the international community was encouraged by the "in-depth, candid and constructive" meeting between President Xi and US President Joe Biden in Bali on Nov 14, during which they agreed to take "concrete actions to put China-US relations back on the track of steady development" and for the "two presidents to maintain regular contact".

The world would be even more encouraged if the US-China relations could be reconfigured in a more positive and coherent direction. The US has therefore been advised to strive to build rather than tear down bridges, promote connectivity rather than decoupling, seek mutual benefits and win-win results rather than isolation and exclusiveness.

The author is a senior research fellow at the Institute of African Studies at Zhejiang Normal University and a former senior diplomat in the South African Department of International Relations and Cooperation. The author contributed this article to China Watch, a think tank powered by China Daily. The views do not necessarily reflect those of China Daily. 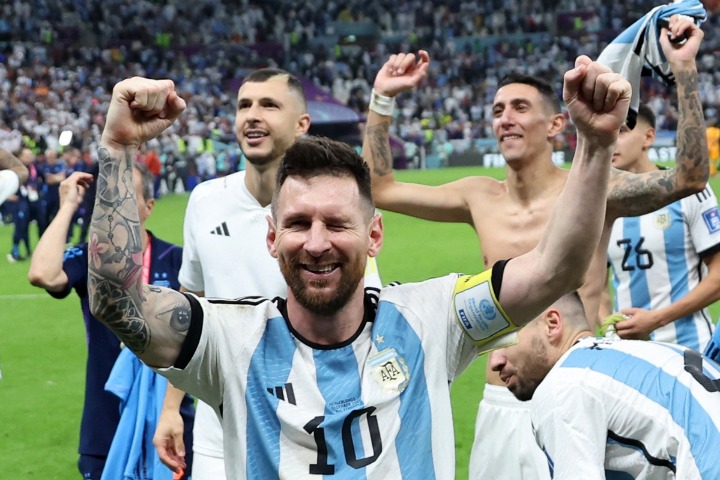 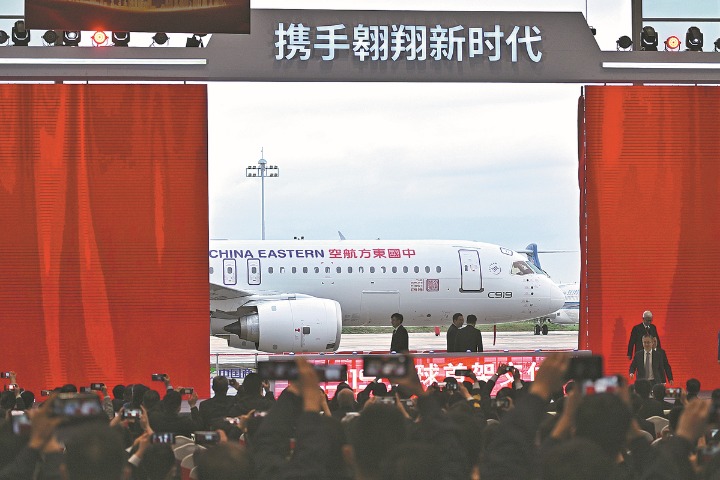 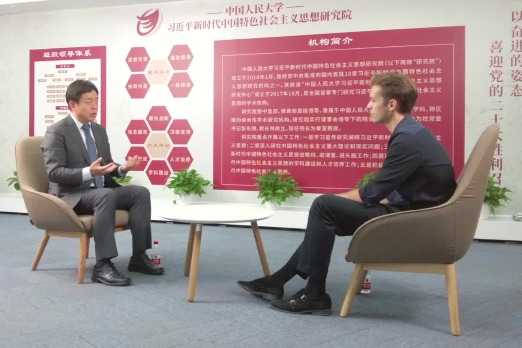