Editor's notes: The world has undergone many changes and shocks in recent years. Enhanced dialogue between scholars from China and overseas is needed to build mutual understanding on many problems the world faces. For this purpose, China Watch Institute of China Daily and the National Institute for Global Strategy, Chinese Academy of Social Sciences, jointly present this special column: The Global Strategy Dialogue, in which experts from China and abroad will offer insightful views, analysis and fresh perspectives on long-term strategic issues of global importance.

This year marks the 50th anniversary of the normalization of diplomatic relations between China and Japan. From a historical perspective, when China-Japan relations are stable and built on a solid political foundation, the economic cooperation and regional cooperation jointly promoted by the two sides can attain significant achievements, safeguarding security and promoting the prosperity of the two countries, the region and the world.

For example, the cooperation between China and Japan was instrumental in the ASEAN+3 countries (10 Association of Southeast Asian Nations members plus China, Japan, and the Republic of Korea) implementing the Chiang Mai Initiative Multilateralization, pooling the region's foreign exchange reserves and establishing the ASEAN+3 Macroeconomic Research Office. The two countries have committed the largest share of investment to the reserve, and dispatched officials on a rotation basis to serve as the head of the office, making key contributions to building a regional financial safety net. The final signing and smooth launch of the Regional Comprehensive Economic Partnership has brought an end to a history of no free trade arrangements between the two countries. These achievements have been achieved on the basis of a sound political foundation in bilateral relations.

The current setbacks in China-Japan relations result from the damage done to this political foundation, with the Japanese side hollowing out key political commitments made to the Chinese side. During the ninth China-Japan high-level political dialogue in August, the two sides agreed to take this year's 50th anniversary of the normalization of diplomatic relations as an opportunity to strengthen their dialogue and communication at all levels, and jointly build a constructive and stable bilateral relationship. To be more specific, cooperation in the following areas should be strengthened.

First, the paramount importance of stronger mutual trust and stability in bilateral relations to regional economic prosperity must be further clarified through international comparison and historical analysis. The world economy is now faced with sluggish growth and even risks of a recession. There is a strong trend for capital and technical elements, which are both key engines for economic growth, to seek safe havens and new growth drivers. For a long time, Asia, especially East Asia, with the most complete supply chain and industry chain, the most abundant high-quality labor force and huge market, has exhibited the fastest growth rate and the highest return on investment. China and Japan are endowed with favorable conditions to generate breakthrough innovations and drive growth on an extraordinary scale. If the region is shadowed with expectations of war and chaos, such favorable conditions will be seriously weakened, which obviously does not conform to the common interests of countries in the Asia-Pacific region, including China and Japan. In the recent period, some bloc mechanisms that have emerged in the region have created or increased risks of trouble, conflicts and confrontation within the region in the name of ensuring regional security. As two major countries in the Asia-Pacific region, China and Japan should take the 50th anniversary of the normalization of China-Japan diplomatic relations as an opportunity to reaffirm their shared commitment to ensuring the stability and prosperity of the region. They should strive to stay clear of disruptions from the outside, manage and control risks, and return to the track of jointly leading regional cooperation in Asia. In doing so, they can maximize the interests of the two countries and the region.

Second, economic policy coordination between China and Japan should be strengthened. The International Monetary Fund has lowered its global growth forecast twice this year, from 4.4 percent at the beginning of the year to 3.2 percent. One of the main reasons is the high inflation in the United States and Europe, which has led to a shift in the monetary policy of the US Federal Reserve and the European Central Bank. The Fed has already raised the interest rate five times this year by a total 300 basis points, and the ECB has begun to follow suit. Another reason is bottlenecks that have emerged from adjustments to the global supply chains, which was emphasized by the Bank for International Settlements in its report in July 2022. In addition, the rising of commodity prices as a result of the Russia-Ukraine conflict have negatively impacted the economy. All the above factors have had direct or indirect impacts on the economic prospects of the Asia-Pacific region, especially China and Japan.

Third, it is important to deepen and expand economic and trade cooperation in the Asia-Pacific region with the RCEP serving as the principal framework. Over the past five decades, economic cooperation in the Asia-Pacific region has seen significant progress, with cooperation being conducted in multiple forms, dimensions and sectors. Some people call the existence of various cooperation mechanisms in the Asia-Pacific a "spaghetti" phenomenon. The enacting of the RCEP this year has played a pivotal role in this regard. The 15 participating countries of the trade pact, namely the 10 ASEAN countries plus China, Japan, the ROK, Australia and New Zealand, include the world's second and third largest economies and five of the G20 countries. The trade and investment interdependence among the RCEP countries is comparable to that of the EU member states and that of the US, Canada and Mexico. From the perspective of international law status, the RCEP is an intergovernmental agreement recognized by national legislatures, which is significantly different from the US' "Indo-Pacific Economic Framework for Prosperity".Thus it is important to further institutionalize the RCEP, enhance its openness by accepting new members, new issues and new sectors, and make the mechanism a driver for promoting and coordinating other existing cooperation mechanisms in the Asia-Pacific region. China and Japan both shoulder major responsibilities for building up the mechanism and functions of the RCEP.The two countries, as key beneficiaries, should come up with research topics and policy proposals that reflect East Asian wisdom and the true spirit of multilateralism.

Fourth, research on how China and Japan can better provide global public goods must be stepped up. Among all kinds of global issues, climate governance is at the top. The "Climate Change 2021: the Physical Science Basis" report released by the United Nations Intergovernmental Panel on Climate Change in August 2021 issued a red alert to mankind over climate change. It pointed out that with global warming, the cruel experiences in the past will become the new normal. We can easily confirm today that predictions made by the IPCC a year ago have been verified: extreme heat, wildfires, floods and droughts, to name a few. The report pointed out that, even if countries start to drastically reduce carbon emissions, it is still likely that global temperatures will rise by 1.5 C in the next 30 years, and a hotter future is almost inevitable. Failing to act, the consequences would be disastrous. The provision of global governance, a key public good, requires tackling the challenges of taking collective actions globally. Considering this, it is necessary for major players in the world, including China and Japan, to play a leading role in accelerating the energy transition, and to properly handle the issue of using fossil fuels reasonably and effectively during the transition period. The two countries can conduct joint research on issues such as proposing climate governance goals, jointly promoting clean technology innovation, forming new climate clubs, and addressing cross-border carbon adjustment taxes so as to help the world by providing global public goods.

The regional and global implications of China-Japan relations have become more prominent in the face of the complex global landscape. The 2,000-year history of bilateral exchanges and the marking of the 50th anniversary of the normalization of bilateral diplomatic relations have taught us that peaceful coexistence and mutually beneficial cooperation are the only correct choices for bilateral relations. 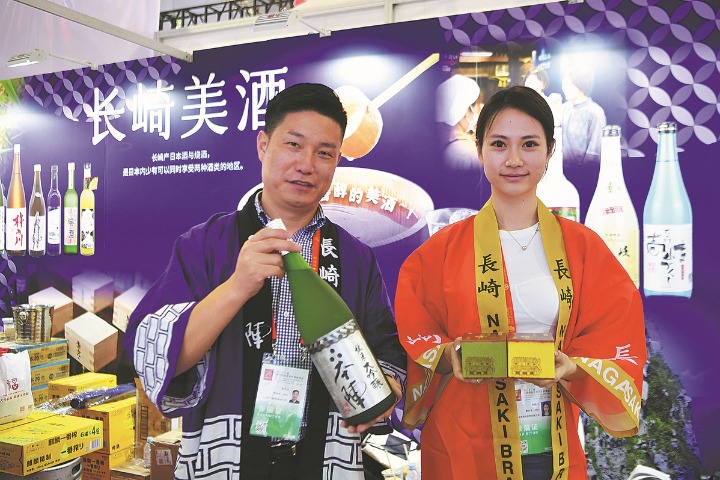 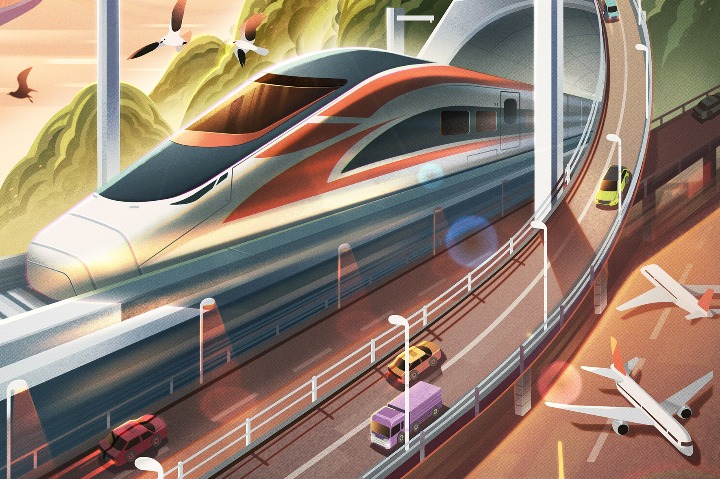 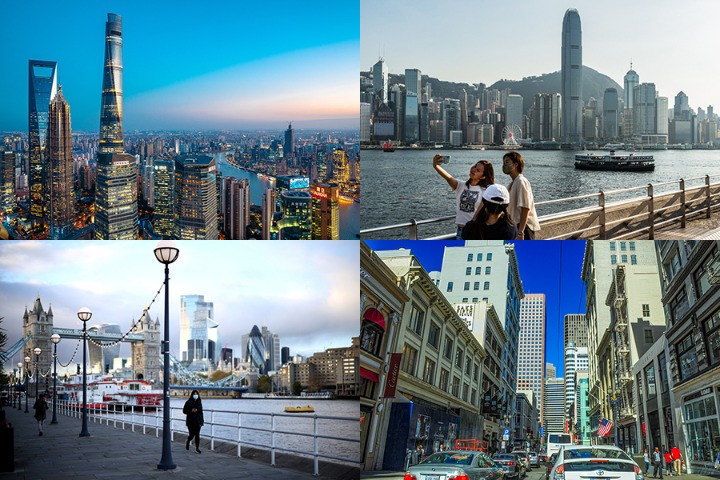 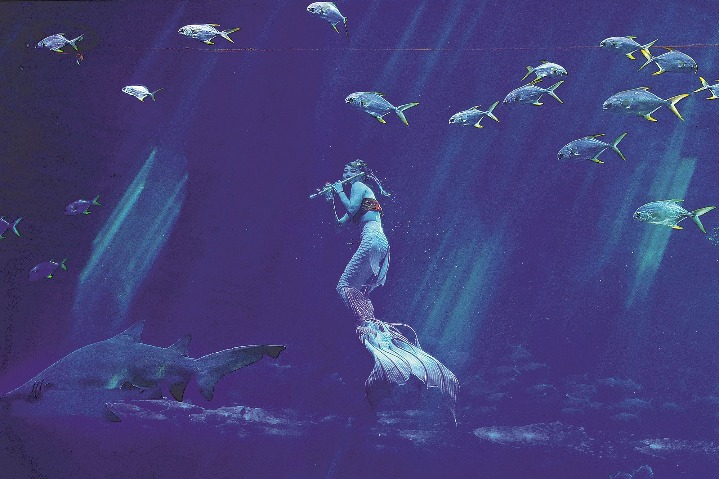 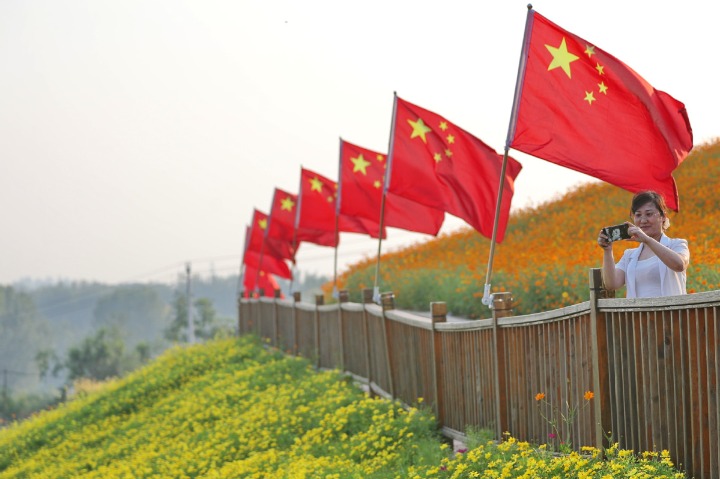