On July 12, the euro hit parity with the US dollar, which is the first time since December 2002.

The parity between the euro and the dollar will not only hurt the EU economy, but also increase global market turmoil.

The depreciation of the euro is the result of multiple pressures, including the EU's energy crisis, rate spread and the strong dollar.

The chief concern in Europe is the energy crisis. After the outbreak of the Russia-Ukraine conflict, the European Union reduced its imports of oil and natural gas from Russia. This has not only driven up energy prices sharply, but also resulted in an energy crisis in the eurozone. It cannot be ruled out that Russia may suspend energy supplies to Europe. In addition, the energy structure transformation in Europe has led to a continuous decline in traditional energy production, making it difficult to find suitable alternative energy sources in the short term.

The strong dollar is exerting additional pressure. At a time when international market risk aversion is on the rise because of the Russia-Ukraine conflict and the entire world is dealing with high inflation and worrying about global recession, the dollar has become a safe haven. Increasing demand for the dollar has led to the US dollar index soaring, which is also the reason for the depreciation of the euro. On July 15, the US Dollar Index rose to a 20-year high of 108.57, up 13.6 percent from the start of this year.

On July 28, the Fed raised interest rates by 75 basis points, which will give the strong dollar further support. In the energy crisis, the euro will weaken further.

The euro-dollar parity will hurt the eurozone's economy in many aspects. For example, it will spike the inflation rate, worsen trade imbalances and create additional difficulties for the ECB.

First, the euro-dollar parity will spike the euro inflation rate that is already out of control. The surging prices of commodities under the Russia-Ukraine conflict combining with the strong dollar, will feed euro inflation level through imports. The Harmonized Indices of Consumer Prices rose to 8.6 percent in June, up from 8.1 percent in May and setting a new record for the eurozone. But excluding energy and food, the eurozone's core inflation index is 3.7 percent in June, down from 3.8 percent in May. And furthermore, within the eurozone, the greater the dependence on the international energy supply, the higher the inflation rate. France, which mainly generates its electricity from nuclear power, reported 6.5 percent inflation in June; while Spain, a big importer of natural gas, has a reported inflation rate of 10.2 percent, and Baltic States that rely heavily on Russian energy, report inflation rates of more than 20 percent.

Second, the euro-dollar parity will worsen trade imbalances and the eurozone economy. In theory, the weaker euro may benefit EU exporters and narrow the trade deficit. But the big increase in the costs of imports driven by the strong dollar and high commodity prices not only offsets the benefits, but also exacerbates the trade deficit.

Third, the continuing weakness of the euro will undoubtedly create additional difficulties for the ECB.To stop the euro depreciating further, the ECB must raise interest rates more quickly and substantially. But as a single currency, the ECB's decision to raise interest rates needs to weigh and balance the economic fundamentals and prospects of all eurozone members. In addition to the threat of inflation and recession, the ECB also faces the risk of sovereign borrowing costs divergences right now. In June, the yield on 10-year German bonds reached 1.7 percent, while Italian 10-year bonds have risen above 4 percent, which means the rate spreads between different eurozone countries has widened sharply. And when the rate spreads widen, it will become harder for the highly indebted countries in the eurozone to refinance their debt, potentially triggering another sovereign debt crisis. As a result, the ECB has greater difficulty in setting a timetable for raising rates than the Fed.

Besides hurting the eurozone economy, the euro-dollar parity could trigger market turmoil in some emerging markets.

The euro-dollar parity encourages global capital flows back to the United States, which will exacerbate capital outflow pressures on other economies, particularly emerging market economies. And capital outflows will lead to exchange rate volatility and currency depreciation in emerging markets. Figures from the Institute of International Finance show a net outflow of $4 billion from emerging market portfolios in June, which was the four consecutive months that emerging market countries had faced outflows.

Furthermore, the external debt of emerging market economies is mostly denominated in US dollars, and a strong dollar will inevitably increase their debt repayment pressure and refinancing costs, resulting in a surge in debt risks and, in severe cases, a sovereign debt crisis. On July 26, the latest World Economic Outlook issued by the International Monetary Fund says that, many emerging markets and developing economies are running out of fiscal space, with 60 percent of low-income countries already in or facing high risk of government debt distress. 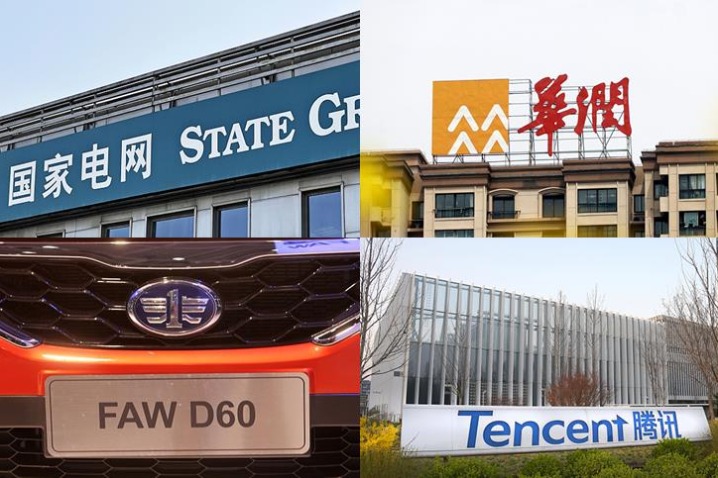