China must boost consumption to promote its long-term economic development

The Chinese economy is facing growing risks and difficulties both in the long and short term, with the "triple pressure"－shrinking demands, supply shocks and weakening expectations－posing great challenges to economic growth.

But in the long term, the fundamentals of the Chinese economy remain healthy, its industry and supply chains are resilient, and the country still has plenty of policy tools to stabilize the overall economy so that the long-term positive trend of the economy remains unchanged.

At the moment, the most pressing challenges are to weather the short-term difficulties, stabilize the fundamentals of the economy and boost recovery while keeping the COVID-19 pandemic under effective control.

In the first quarter of 2022, China's economic recovery suffered a setback and its labor market was greatly impacted. The employment situation is still not optimistic. The surveyed urban unemployment rate had remained at around 5 percent for a long period, which reflected that it is the natural unemployment rate level. However, since 2020, the unemployment rate has been regularly exceeding 5 percent and it hit 6.1 percent in April, indicating that there is cyclical unemployment. Migrant workers face greater difficulties in finding jobs, and the jobless rate among young people has been rising.

Employment is vital to people's livelihoods. Being jobless basically means having no income. The pandemic which broke out in early 2020 has had huge and accumulated impacts on people's incomes. Less income leads to lower consumption, and threatens the basic livelihoods of the most vulnerable groups. And the uncertainties in future income will further dampen the consumption demand of residents, thus impeding the recovery of the macro economy.

There are more than 150 million market entities in China, including 103 million individually-owned businesses and 25 million corporate entities, of which there are 400,000 industrial enterprises above designated scale. In terms of the labor force and consumers, China is home to 1.4 billion people of over 490 million households, among which 34.9 percent live outside their place of household registration and 26.6 percent are the floating population.

Among the total workforce of 780 million people, 750 million are now employed, 76.4 percent of them working in non-agricultural sectors and 61.6 percent in urban areas. Among those working in cities and towns, people with flexible jobs account for about 30 percent. In addition, there are 290 million rural migrant workers in the country, among which 172 million people work outside their hometowns and townships and 121 million locally.

All market entities of different types and sizes suffer impacts of varying degrees amid the economic downturn. Usually, it is micro, small, and medium-sized enterprises, self-employed individuals, people having unstable jobs and low-income groups that bear the biggest brunt of a sluggish economy, such as that caused by the pandemic.

The government has multiple policy tools in its hands to bolster economic recovery. Usually, amid an economic downturn, the government adopts a loose monetary policy and an expansionary fiscal policy to boost growth. Under special circumstances such as the COVID-19 pandemic, the government can roll out tax and fee cuts to protect market players and stabilize the production capacity and supply chains. As the prolonged pandemic has dampened consumption, with long-term demand-side constraints, the economic recovery will be hampered. Therefore, the government should prioritize direct assistance to individuals and families, which will have immediate effects on stabilizing incomes and consumption.

Giving policy priority to assisting individuals and families directly is in line with China's people-centered development philosophy and can help relieve the impact of the pandemic on the economy and livelihoods by reviving consumption.

The government can take extraordinary measures to address the problems that have arisen during this special period. Raising payment levels of social insurance, cutting tax and fees, and granting subsidies to families, all these are temporary relief measures which will not cause fiscal burdens in the long run. Moreover, the allowances given to individuals and families, which are not non-productive additional expenditures, will stabilize consumption and contribute to economic recovery, thus creating long-term social benefits.

The weak demand in the pandemic period may dampen China's economic growth, the government needs to enhance residents' ability and propensity to consume and break the restriction on long-term growth by strengthening the social security net and spending on social welfare programs. In this process the use of policy tools that could boost consumption will assume a more important role in the tool kit of the country's macro-economic management. By giving greater priority to families and individuals, China could build up experience for long-term institutional construction in the implementation of short-term countermeasures.

The author is chief researcher of the National High-end Think Tank at the Chinese Academy of Social Sciences. The author contributed this article to China Watch, a think tank powered by China Daily. The views do not necessarily reflect those of China Daily. 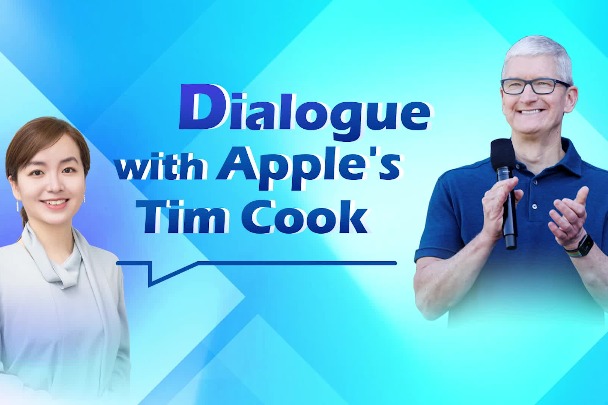 China Daily talks with Apple CEO on AR and more 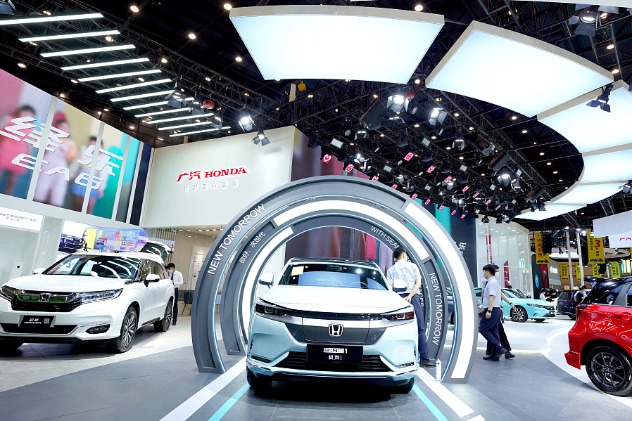 One million COVID-19 deaths in the US: For whom the bell tolls?

Biden's Summit of the Americas an exercise in futility
China Views