Although the European security crisis and the Russia-Ukraine conflict are ongoing, US diplomatic activities around the “Indo-Pacific” region have attracted the world’s attention as US President Joe Biden embarked on his first trip to Asia since taking office. Before Biden’s trip, the US made abundant preparations for the launch of a new loosely defined economic bloc.

On May 12 and 13, the historic summit between the US and ASEAN took place in Washington D.C.. It was the first time the leaders of ASEAN member states were invited collectively as guests of the US administration. At the summit, the US put forward cooperation initiatives for ASEAN in many fields, including climate change, clean energy and transportation infrastructure, space cooperation, digital economy development, people-to-people and cultural exchanges, maritime law enforcement and medical cooperation. However, the $150 million that Biden announced for ASEAN is far less than what the US Congress has approved for Ukraine.

On May 19, Biden met with the visiting leaders of Finland and Sweden at the White House and expressed his full support for the two countries to join the North Atlantic Treaty Organization. On the same day, Democrats urged the Senate to pass $40 billion in aid to Ukraine, bringing the planned US aid over the past two months to $54 billion.

Biden’s two-front strategic layout in Europe and Asia sends a signal to the international community the US has the strategic resources to turn to the Indo-Pacific and focus on China while responding to the conflict between Russia and Ukraine.

It’s clear Washington’s diplomatic focus throughout May revolves around its “Indo-Pacific” strategy. One of the main purposes for Biden’s trip to Asia is to strengthen the alliance and implement the strategy through the Indo-Pacific Economic Framework and the Quad.

The IPEF is not only a key component of the Biden administration’s first visit to Asia, but also an economic pillar in the Indo-Pacific strategy. Whether it is to enhance US-South Korea relations, consolidate US-Japan relations, or establish economic alliances and strengthen coordination, the ideas and the specific measures behind them send strong confrontational signals against China.

The US-South Korea joint statement did not mention the exclusion of China from the supply chain, but it can be seen from Biden’s remarks during his visit to Seoul the US is pushing for a reorganization of the supply chain to reduce dependence on China. South Korea’s new president echoed this argument, saying the economy is security and security is the economy, implying Seoul would reduce its dependence on the Chinese market under the strategic alliance. In this sense, the IPEF is the latest attempt by the US to hedge China’s regional influence in the economic and trade field. Major South Korean companies also indicated they would invest and set up factories in the US to produce green products such as electric vehicles, batteries and solar modules to strengthen economic relations with the US.

During his visit to Japan, Biden announced the official launch of the IPEF, which includes four pillars: fair and resilient trade, supply chain restructuring, infrastructure development and decarbonization, taxation and anti-corruption. In addition to the US, India, Japan and South Korea, the framework also features Australia, Brunei, Indonesia, Malaysia, New Zealand, the Philippines, Singapore, Thailand and Vietnam.

IPEF is not an economic and trade agreement with substantial contents such as tariff reduction, which makes it less attractive to some countries. In the absence of a commitment to enter the US market, it is difficult for Asia-Pacific countries to formulate stricter economic and trade rules that meet the conditions of the IPEF at the expense of the quality of their domestic economies. IPEF avoids the market access provisions normally contained in traditional trade agreements for the purpose of reducing political obstacles at home, but such an approach seems unable to overcome the shortcomings of the US Indo-Pacific strategy. It lacks systematic and pragmatic cooperation concepts and feasible paths in the economic and trade field, and it is difficult to effectively coordinate with the development strategies of the regional countries.

The Asia-Pacific region has never been short of regional economic and trade cooperation mechanisms, such as CPTPP and RCEP. Washington is now proposing another option. However, this might create confusion among regional countries about how to assess and join these mechanisms. Biden’s term is about to pass its halfway point, and the US will have midterm elections in six months. After Biden ends his term two years later, the direction and prospects of the IPEF may be uncertain. Washington’s allies and partners will not forget the deep scars left by the Trump administration’s withdrawal from the TPP a few years ago.

The Quad summit on May 24 demonstrated its goal is to maintain the “rules-based international order” and the US-led “open and free Indo-Pacific”, but its most striking feature is its strong mood on exclusivity and confrontation in security matters. As a supplement to the US military alliance system, the Quad has created more focal points for the US to implement the Indo-Pacific strategy in terms of setting the security agenda and shaping the regional order, and provides more institutional guarantees for the US to intervene in East China Sea and South China Sea affairs in the future.

In the development of the Quad, the “China Threat” has always been used by Washington as a key discourse in agenda setting. Because of this, territorial sovereignty and maritime jurisdiction disputes between China and other South China Sea coastal countries have been painted with a strong color of geopolitical confrontation.

In the past few months, Chinese officials have made extensive and persistent criticism of the US practice on inciting bloc confrontation and establishing closed clubs around the world. On May 22, Chinese State Councilor and Foreign Minister Wang Yi said the Indo-Pacific strategy is essentially a strategy to create divisions, incite confrontation, undermine peace and will inevitably fail. This kind of strong criticism and outright denial of the Indo-Pacific strategy by Chinese officials is quite unusual in China-US relations.

In Beijing’s view, the various measures taken by the Biden administration to reshape China’s surrounding strategic environment are not isolated.

The US proposes its rules-based order, and all the efforts by Beijing to safeguard its territorial sovereignty and national unity are viewed by the US as illegitimate and a breach of the order. The US concern is China should not change the status quo, but it ignores historical facts and reality of circumstances from the very beginning.

Under the framework of the Indo-Pacific Strategy, the Biden administration is promoting the Quad with more cooperation elements, which reflects a sense of urgency by the US to establish a regional political and economic security order in accordance with its own plans. The Quad is currently an important means for the US to build an anti-China front in the Indo-Pacific region, but it is obviously not the last attempt to reshape China’s geopolitical environment.

In the economic and trade field, Washington accused China of economic coercion against neighboring countries on many occasions. But looking at what happened over the years, one will find it was the US that used taxation and finance as weapons, imposing unilateral sanctions on other countries frequently or providing economic assistance with harsh political conditions attached.

The world is in a difficult moment. China does not oppose neighboring countries conducting economic and trade cooperation with the US. However, if the IPEF is a political tool for the US to create economic decoupling, technological blockade or industrial chain breakage and aggravate the supply chain crisis, the initiative will never bring real prosperity and development to its participants.

Ding Duo is deputy director and associate research fellow at the Research Center for Ocean Law and Policy at the National Institute for South China Sea Studies. 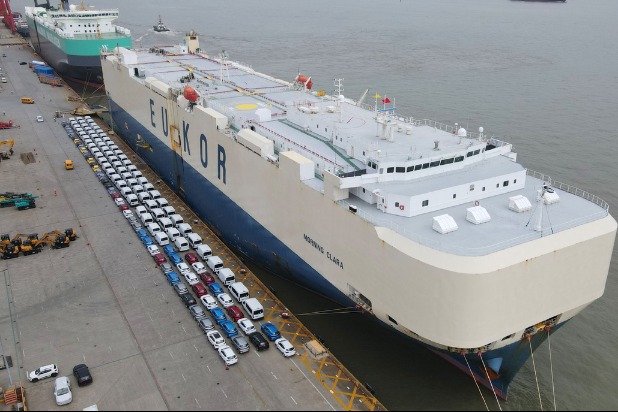 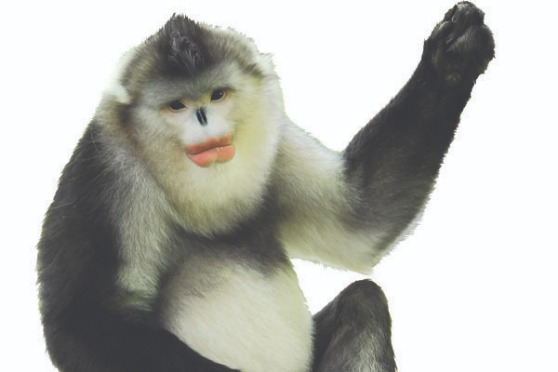 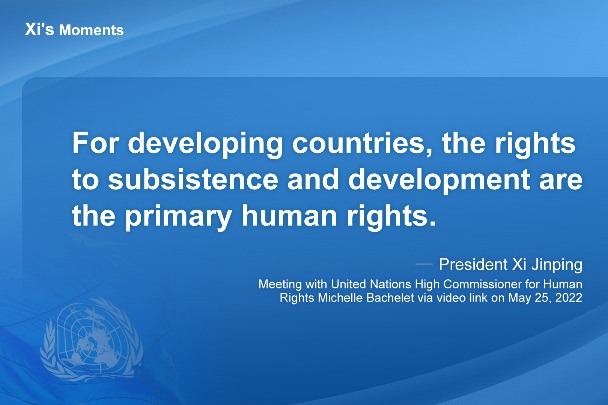 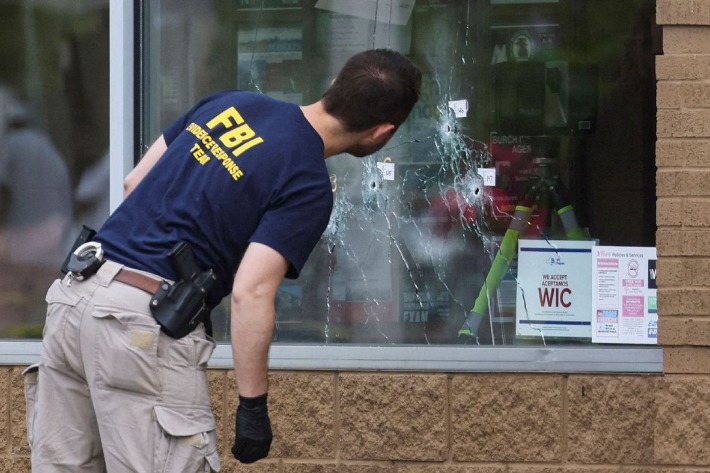 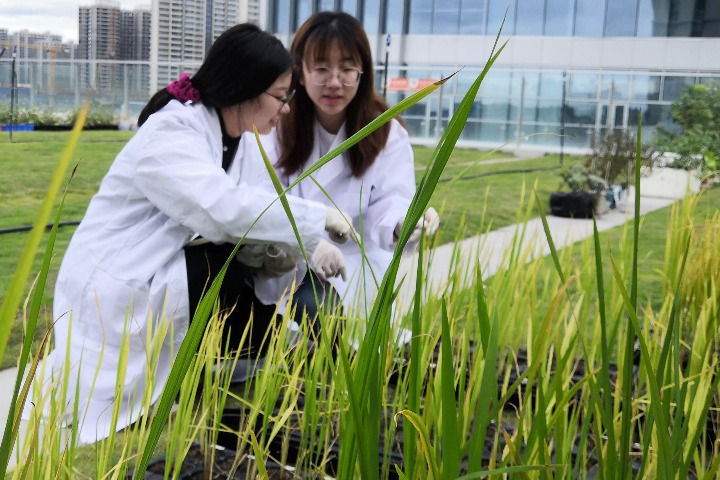