The president of the United States, Joe Biden, has been saying that his country wants no confrontation or conflict with China. Even in his speech to US Congress, Joe Biden set out a vision for "competition, not conflict" with the eastern power.

During online talks with his Chinese counterpart, President Xi Jinping, President Biden said there was a "need for common-sense guardrails to ensure that competition does not veer into conflict and to keep lines of communication open".

But the US is actually doing the opposite of what it has promised to its people and the world.

The US administration is sparing no efforts in confronting China, as if it is determined to spoil any kind of success for China. In the process, the US has politicized one of the foremost sports events in the world: the Olympics.

Influential senators including Marco Rubio, Mitt Romney and Speaker of the House Nancy Pelosi have been calling upon the US government to initiate a diplomatic boycott of the event from 2018. In the process, they have labeled China "a country that is engaged in genocide".

On Nov 18, 2021, President Biden said the US is "considering" a diplomatic boycott of the 2022 Winter Olympics in Beijing.

On Dec 6, 2021, White House Press Secretary Jen Psaki announced that the Biden administration would initiate a diplomatic boycott of the 2022 Winter Olympics and the 2022 Winter Paralympics.

The diplomatic boycott would bar all US government officials from attending the games in an official capacity. The White House cited China's mistreatment of the Uyghur people as the reason for the boycott.

It could be said that the US has long been trying to spoil the Beijing Olympics. But these efforts have been in vain.

Only the United Kingdom, Canada, Australia, Lithuania, and Japan have joined the movement not to send their officials to China for the Olympics.

Some analysts are of the view that the US has been sidelined by the international community over boycotting the Olympics in Beijing. The US has created a debacle as the entire boycott was based on so-called human rights violations and genocide in Xinjiang.

The world knows that the allies have long been spreading the lies about genocide of this ethnic group in Xinjiang, but the Uyghur population has been growing for decades.

Just one day before the Biden administration took office, Secretary of State Mike Pompeo said that China was committing genocide and crimes against humanity in its repression of Uyghur Muslims in Xinjiang.

Some like-minded Western politicians and their media are running a propaganda war over Xinjiang. As part of the war, they are disseminating fake news about concentration camps, mass detention, mass surveillance, human and labor rights violations, genocides, crimes against humanity, forced birth control, etc.

However, many delegations of the Organisation of Islamic Countries, UN Human Rights Commission, journalists, diplomats, religious leaders, and politicians have debunked the propaganda by visiting Xinjiang and witnessing the situation on the ground themselves.

The US and its allies never take into account the actual situation on the ground in Xinjiang. They never pay heed to the accounts of the official eye-witnesses. Nothing can stop them from running the propaganda of genocide in Xinjiang.

Their outright lies have naturally been debunked, as the truth can never be suppressed. Many experts and analysts have dug out the truth behind the Western propaganda.

But the fact is that in the four decades between 1978 and 2018, the Uyghur population in Xinjiang has increased from 5.55 million to 11.68 million, accounting for 46.8% of the total population of the region.

The latest census data released by the regional statistics bureau said that the population of the Uyghur rose by 1.62 million, or 16.2%, in the last decade. Population growth has not been the only positive indicator in the region.

With stable socio-economic development in Xinjiang in recent years, the region has attracted talents and investors to work or start a business, ensuring a steady growth of the local population. As a result, abject poverty has also been eradicated in the region.

Many questions can arise as to what type of genocide has happened in Xinjiang. Many wonder how Xinjiang continues to post vast economic growth and socio-educational development if there are crimes against humanity in the region.

They have raised the question whether the "genocide" is helping the Uyghur population grow in Xinjiang. That is why no country except for Anglo-Saxon allies joined the much-hyped efforts to boycott the Winter Olympics in Beijing.

Analysts believe that the US and its allies also knew that their all-out efforts must fail to gain ground among the global community. But they continue their endeavors to facilitate propaganda campaigns against China.

Many think that the hype of boycotting the Olympics is nothing but a propaganda stunt against China. The Chinese Foreign Ministry said it had received at least 18 US applications for diplomatic visas, and the South China Morning Post reported that another 40 may come in ahead of the opening ceremonies.

Md Enamul Hassan is a news editor at the China Media Group (CMG) in Beijing, China. 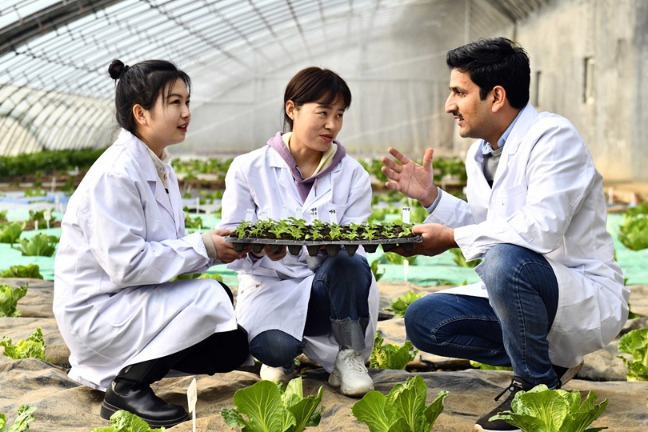 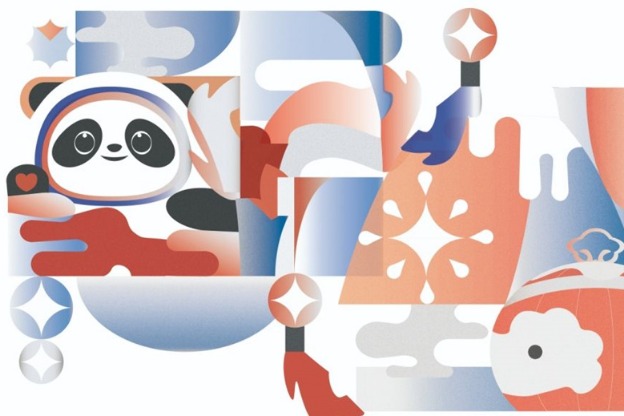 Special: Dive into Winter Olympics with tourism and culture 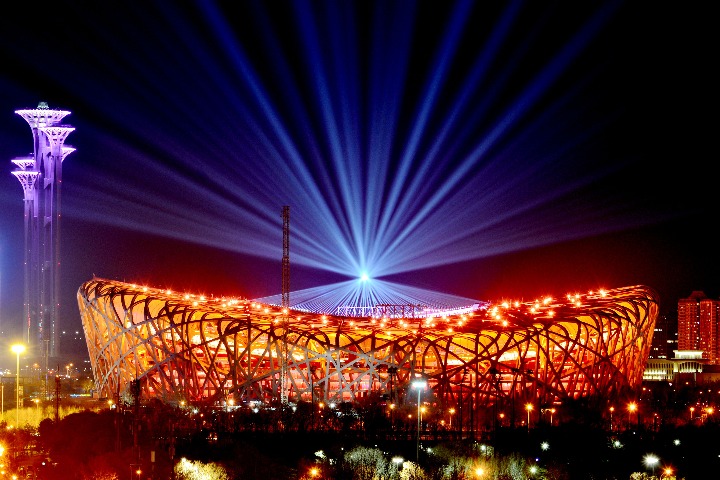 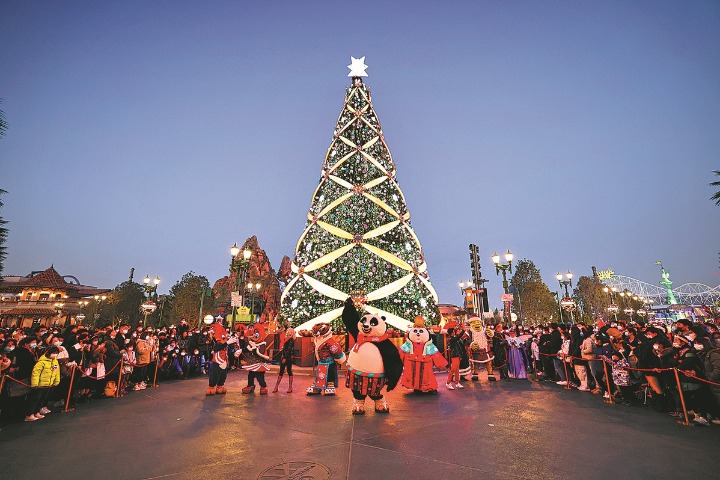 Theme parks rise to the challenge 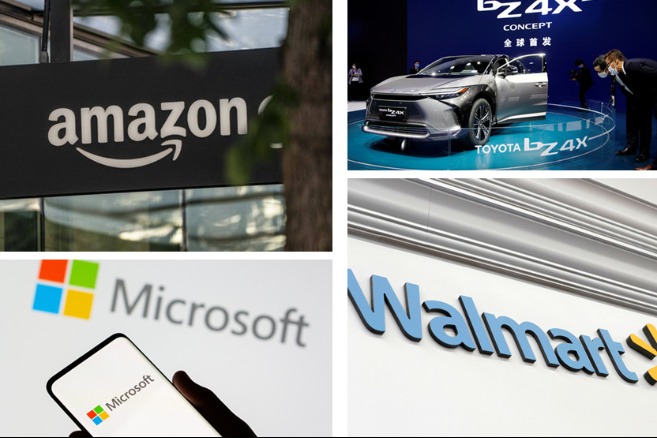 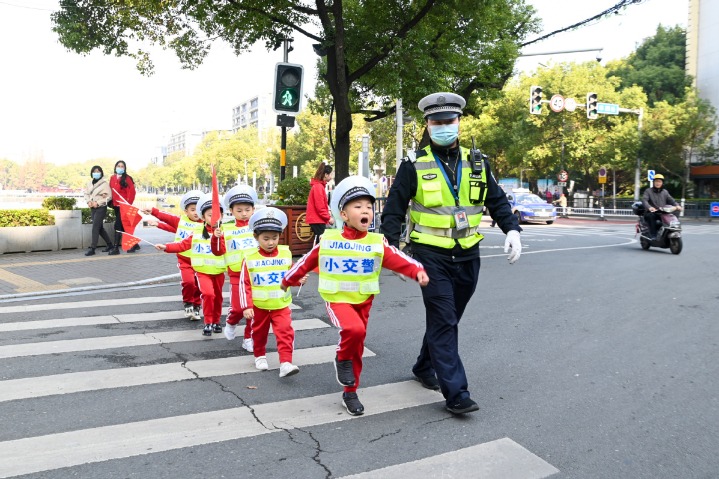 US boycott of Beijing Olympics may not be justified