For a long time, the US has prided itself as the world's "lighthouse of democracy". Some American politicians are extremely narcissistic about American democracy. They not only regard it as a panacea for all disease, but also peddle it all over the world, and even use various means, including force, to subvert the regime of other countries and impose the democratic model of the US on them. However, the reality tells us that American democracy has long been decaying and is causing endless harm to itself and to the world as well.

American democracy has become a real money game. Statistics show that expenses for general elections in the US are increasing year by year. Presidential and congressional elections in 2020 cost nearly $14 billion, which is twice as much as in 2016, equivalent to the total GDP of Madagascar, marking a record high. During the election campaign, they need not only to establish their own image through various activities, but also collect and sort out materials to attack and smear their opponents, which cost a lot of money. Where's the money coming from? Political contributions from voters. However, donations from ordinary people are limited, and most donations come from the wealthy. But the rich will exchange their money for returns. In the end, money becomes the "lubricant" of this voting democracy: politicians spend the money from the rich to buy votes, while the rich pay to buy the conscience of elected politicians. The fairness and justice that democracy itself deserves most are entirely eclipsed by money.

American democracy now has nothing to do with the "people", and has become a "niche game" for the rich, the political families, etc. According to the author of "Who is Ruling the United States?" the actual ruler of American society is not the president, but the "upper class" behind the president, mainly financial and industrial tycoons, as well as the political elites who share benefits with them. If you want to be the president, you must be recognized by this "upper class" and faithfully represent its interests. Thus, the election inevitably becomes a competition of money and various forces behind the money, getting further and further away from ordinary people. Even if an "outsider" of a humble origin is lucky enough to get to the top-tier position, his policy choices after taking office must focus on safeguarding the interests of financial and industrial capital, or even fall into the latter's control completely. This also determines that today's American democracy cannot guarantee the broad participation of American citizens and effectively safeguard the interests of the general public, as its designers expected.

American democracy is providing perfect incentives and "catalysts" for the increasingly fierce partisan disputes and national tearing in the US. This kind of dispute and tearing starts with the nomination of the candidates who run for president. All parties and interest groups will put forward their own preferred candidates. Competition between candidates will inevitably stir up and intensify the confrontation between political parties and the public as their respective supporters. As a result, it is increasingly difficult for the US to elect leaders who are unanimously approved by all walks of life in the country. The elected president can sometimes only get the support of half of the nation. Similar situations can be seen in the 2020 election. The president thus elected can only be the representative and "housekeeper" of a few people, and is doomed to be "lame" before taking office. After the dust of the election settles, this kind of dispute and tearing takes a leap forward. It is perfectly normal for the two parties in Congress, the government and Congress to "oppose for the sake of opposition". Politicians release anger and hostility to each other in a dignified manner, with the result that the US state apparatus is almost incapacitated.

American democracy makes the presidential elections just like "drawing lots", and cannot guarantee the selection of outstanding leaders for the country. This kind of electoral politics simplifies "democracy" to "voting". It is almost a political bet on the national governance and people's livelihood, and has nothing to do with meritocracy. The election of US leaders does not depend on who has the required experience, thought, ability and character to govern the country and serve the people, but on who can raise more campaign funds, who has the support of big capital and big families, and who sells himself well. Some people describe the candidates' mutual exposing of ugliness as turning the US presidential election into "comparing who is worse". Usually, the final winner is just the candidate who is not too bad among several competitors. This is not without reason. Knowing that, we would understand why sometimes people who are totally incompetent for the presidency can win the general election in the US. The election of a country's president is an extremely serious matter, but in the US it seems to be an experiment, or throwing a dice. Nobody knows what their new president will be like. Before the election, voters would have a lot of misgivings about the candidates, but after the election, they are often shocked by the behavior of the elected. This seems to have become a normal scenario.

American democracy spends a lot of energy on procedures, but it often fails to solve substantive problems. The pioneers of the US designed complicated procedures for the operation of American democracy to ensure the "procedural justice" of this country. Arguably, this should provide a legal guarantee for the realization of "substantive justice". However, ironically, the design of those procedures is "congenitally deficient". Though being widely criticized now, it is difficult to carry out "major surgery" on the procedural design. Therefore, it cannot ensure "substantive justice" at all. The "electoral college" system in US elections sometimes allows those with fewer votes to be elected. The "election controversy" in the US has also increased. All these have laid hidden dangers for the smooth formation and administration of the new government. US elections do not guarantee the election of national leaders with both enough ability and moral integrity. While solving major practical problems in the country, it is very common for the elected to be unable to meet the expectations of the public, and even to add fuel to the fire! In recent years, the two consecutive federal governments of the US, who went to great length to launch ceremoniously, have been extremely busy with their difficulties and challenges. However, they have just caused the concentrated eruption of multiple crises in the internal and foreign affairs of the US, which is an example in this regard.

American democracy is not only harming itself but also damaging the whole world and bringing new threats to other countries. American democracy shows unspeakable stupidity and anti-intelligence at home, and complete barbarism and hegemony abroad. Especially in recent decades, the democratic model in the US has been "religionized" and "sanctified" by some American politicians. They seem to have become "missionaries" of American democracy, and try to impose American democracy on every other country and turn it into a "monotheistic religion" around the world. They want to monopolize the right to define "democracy" and act as the judges of democracy in other countries. The US is doing anti-democratic activities globally under the banner of democracy. In the name of spreading democracy, they are seeking to change other countries' regimes. The blockade and suppression of Cuba, Venezuela, the wars launched against Afghanistan, Iraq, Libya, Syria by the US are all to that effect. The US has not only failed to bring "the gospel of democracy" to these countries, but also caused their lands to shatter and their people to live in poverty. American democracy has completely become a political tool for the US to punish dissidents and bully the weak all over the world. It has become a bane that brings disaster wherever it falls.

Democracy is a common value of mankind, not a patent or private property of a certain country. The most fundamental demand of democracy is to ensure that the people are the masters of the country and the interests of the people are earnestly safeguarded. In the pursuit of democratic goals, there is no necessity to seek the complete consistency of democratic forms. Just as there is a biological diversity in nature, there is also a diversity of civilizations, including democratic systems, in human societies. Judging the degree of democracy of a certain political system depends not only on "procedures", but also on the final result of solving substantive problems. The final say about whether a country is democratic or not should be given to the people of the country, and no one else has a chance to say anything. No matter which country, as long as its political system is designed to suit its national conditions, reflect the will of the people and obtain their support, and can improve the well-being of the people and promote social development, this country is democratic.

People of all countries, including the American people, can see clearly what American democracy is like. Recent authoritative international polls show that most people are disappointed with American democracy, and 23% of the interviewees even believe that American democracy "has never been a good example". The Stockholm-based International Institute for Democracy and Electoral Assistance recently released a research report, listing the US as a "democratic decline country". However, some politicians of this "democratic decline country" talk about democracy every day and make irresponsible remarks about other countries. Now they even launch a so-called Summit for Democracy to gang up on and label the rest as non-democratic. This practice of drawing a line with "democracy" and dividing the world into two camps is a Cold War mindset and adds chaos to the world. At a time when the international community is most in need of unity to jointly deal with so many global challenges, such perverse actions will definitely arouse wide anger and strong resentment.

The author is a commentator based in Beijing. 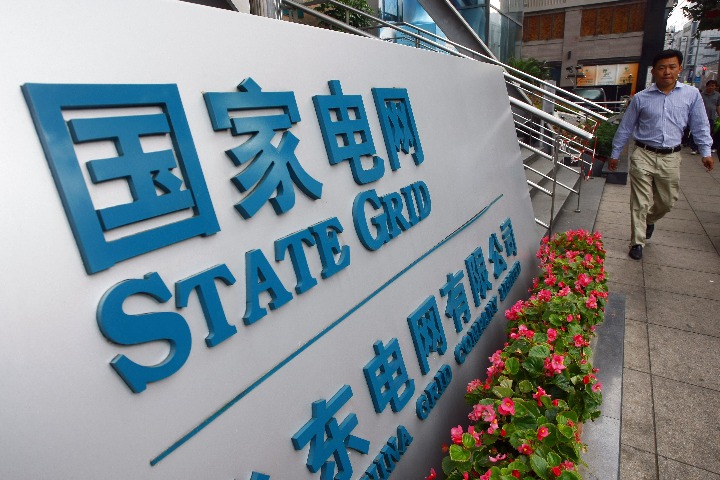 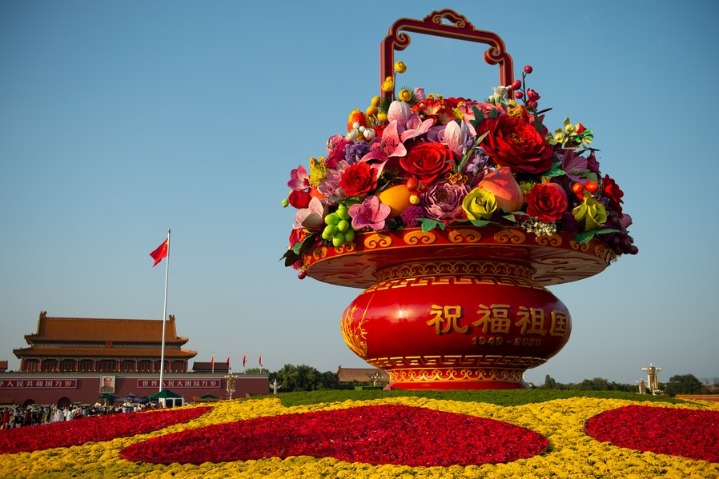 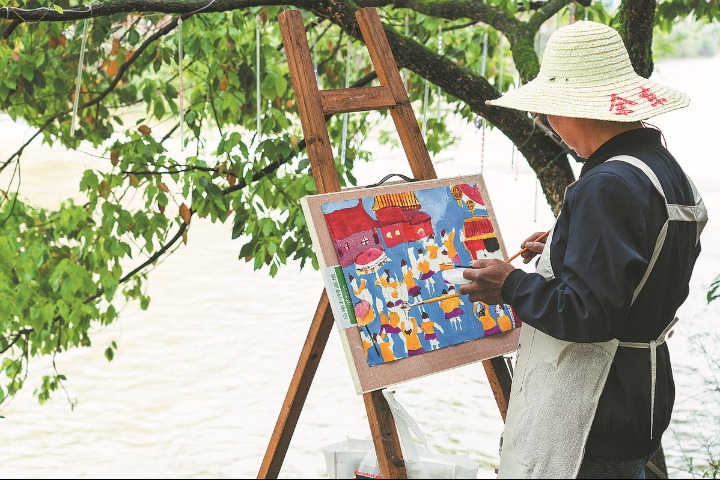 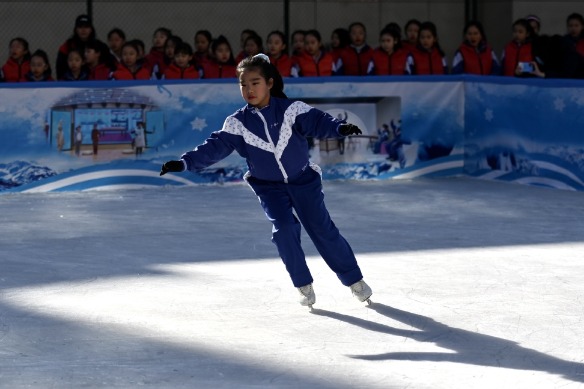 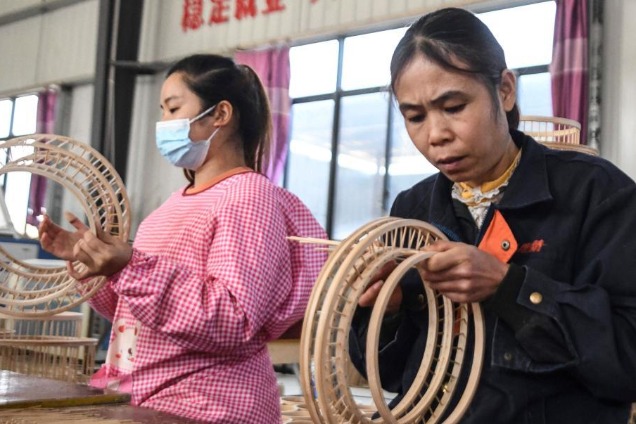