You won't hear China complaining about this. They're just happy to contribute to the world.

But someone needs to call out what has just happened in the international press.

In a study published Oct 8 in Science, Chinese researchers dated two precious fragments of that basalt and pinned a date on one of the moon's last volcanic eruptions: 2 billion years ago. The study will help calibrate a crater-counting technique used for dating planetary surfaces across the solar system.

The story goes back to Dec 16, 2020, when China's Chang'e 5 lunar mission landed in the desert of Inner Mongolia and successfully returned the first rock samples from the moon.

This mission had been in the planning by the Chinese Lunar Exploration Program (CLEP) and the China National Space Administration (CNSA) as early as 2004. The rockets, the launch site, the spacecraft, and the tracking and control system were all planned meticulously.

CNSA was also established to curate the returned lunar samples and evaluate requests for them by scientists. Unlike the approach NASA takes, CNSA issued samples to multiple "competing" laboratories in China.

On July 12, CNSA distributed samples to 13 different laboratories across China. The race was on.

In less than one month, the scientists at the Chinese Academy of Geological Sciences (CAGS) in Beijing and their international collaborators had achieved the impossible: they analyzed the samples with several different laboratory techniques, interpreted the data, and wrote the scientific manuscript for submission to the prestigious journal Science.

With this Herculean effort, the CAGS-led team was not only the first to officially report on Chang'e 5. They also were the first to report the all-important age of the new lunar sample. And Science published the work.

But ensuing coverage by international media gives an odd and appalling impression. The Chinese scientists of CAGS, who have just succeeded in dating the youngest rock on the moon, are being rewritten out of Western history.

One press release from a US university with a scientist involved in the study had the gall to include a picture of themselves as the first image of the article. CNN then essentially echoed the university's press release, quoting no one other than the American scientist in the piece.

The BBC at least mentions one Chinese scientist by name -- Xiaochao Che, lead author of the Science paper -- and admits the CAGS laboratory led the study. Nevertheless, only one scientist is quoted in the article -- someone from the UK.

The coordinated effort by the West—the scientists, the university press offices, and the news organizations—to take credit for China's landmark achievement is despicable and pathetic.

These guilty parties could have been gracious supporters, merely grateful to be included in this historic moment for Chinese science and technology. But instead, they chose to steal the spotlight.

To recap, the funding, the planning, the engineering, the landing site selection, the launch, the sampling, the sample return, the sample preparation back on Earth, the laboratory work—all of this was done exclusively (for security purposes) by Chinese scientists and engineers.

Then, after all that, in the name of international collaboration in science, the Chinese scientists of CAGS invited scientists from other countries to be involved in the interpretation of the new data. The CAGS scientists were even so kind as to invite one international scientist to be named not only as second author of the paper, but also as a co-corresponding author—a very generous honor normally reserved for the lead scientist or scientists overseeing the project from inception to completion.

But reading the news, one would get a different impression. And the problem arguably started even before the international press took over.

Looking at the author contributions listed at the end of the Science paper, it says, "AN, MDN, KHJ, RT, JH, JFS, BJ, CRN wrote the draft manuscript." None of these initials are of a single Chinese scientist. Apparently international scientists wrote the Science paper.

Of the 12 Chinese authors on the paper, not one was able to contribute to the writing of the original draft manuscript? This is only more sad than it is unbelievable. The silencing of their voices in a moment of their greatest success had already begun.

The awful and inexcusable implication here is that no Chinese scientist can write a world-class science paper. This is both offensive and just plain wrong.

Chinese scientists are the heroes here. It's their story. So let's let them be the heroes of their own story.

This involves putting our egos in check, but it's for the best. Do it for respect for a nation standing strong on its own. If anything, do it for science.

But if only selfish reasons provide motivation, do it because anything else—what just happened this last news cycle—is simply delusional. The world is always changing, and China is a major force behind the changes that are currently taking place.

When the sun is setting in one place, it is rising somewhere else. The Apollo era was perhaps the greatest generation in American science and technology, but it is the Chang'e program that is now carrying the torch for lunar exploration.

"Zoom, zoom, zoom, we're going to the moon," I hear a Chinese kindergartener sing in perfect English. This is her song to sing. It is the scientists from her country that deserve this moment in the spotlight.

Credit is due where credit is due, and news as propaganda isn't what the world needs right now.

The West, clamoring for undue credit and attention, has tragically eclipsed the amazing achievements of Chinese engineers and scientists.

I'll end with a sports analogy just to make sure Western readers understand the embarrassment of last week. The football place-kicker that kicks the game-winning kick—however long and into the wind and impressive and important of a feat—doesn't take credit for the win, even if asked to, during the news conference. The kicker acknowledges the coach's game plan, his teammates' efforts in keeping the game close, and humbly says it was merely an honor to be put in a position to help, even in a small way, the team win.

Thanks goes to China for reviving our child-like curiosity in the moon. The Chang'e era has only just begun, so we had better get used to it.

There's a larger issue here, and it has little to do with the moon. This is just one instance of the larger diversity, equity and inclusion conversation happening right now in the US and the world—especially the "say her name" movement and the recent uproar over the missing white woman without similar national media attention on missing women of color.

There's a bias toward focusing on and naming only certain types of people. This isn't just about China; it's about us all checking our biases and caring about all people in this world.

The author is a professor at the Institute of Geology and Geophysics, Chinese Academy of Sciences (IGGCAS) in Beijing and is not an author on any competing scientific papers reporting results from the Chang'e 5 lunar rock samples. 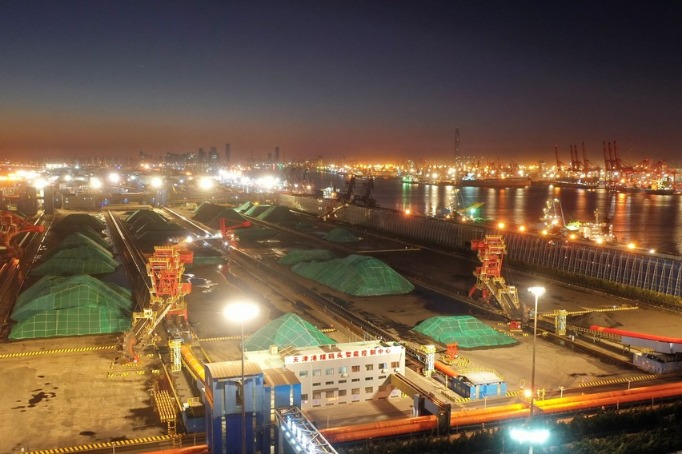 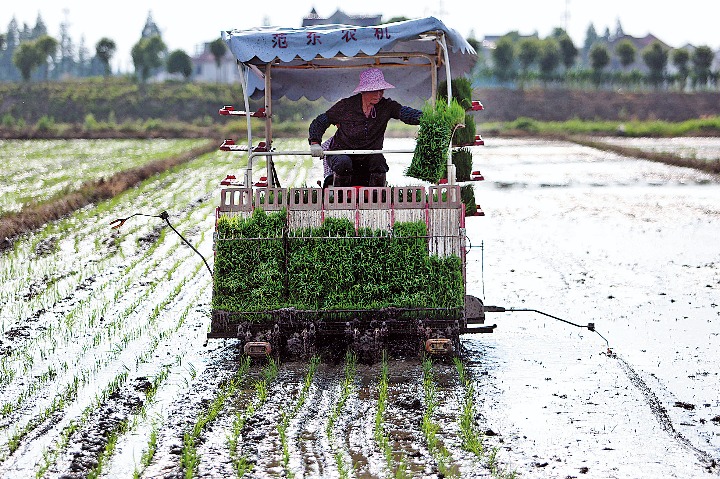 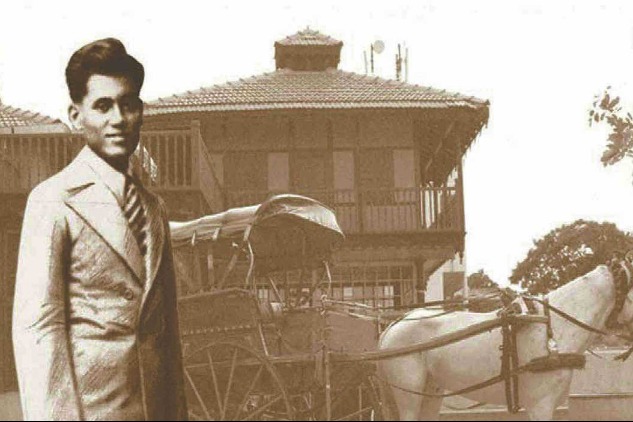 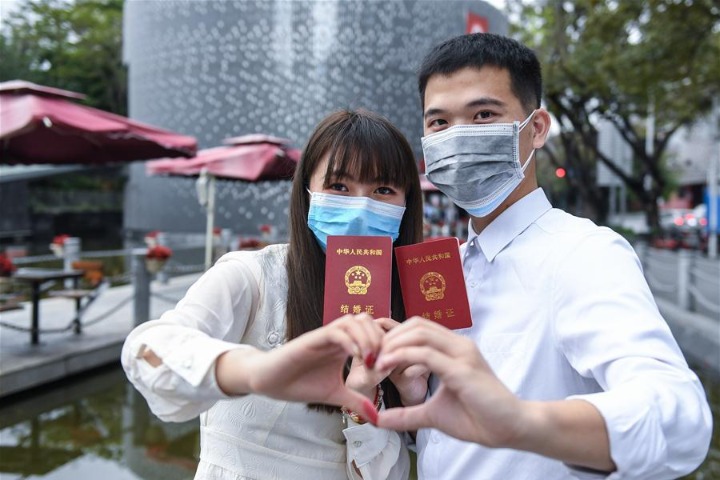 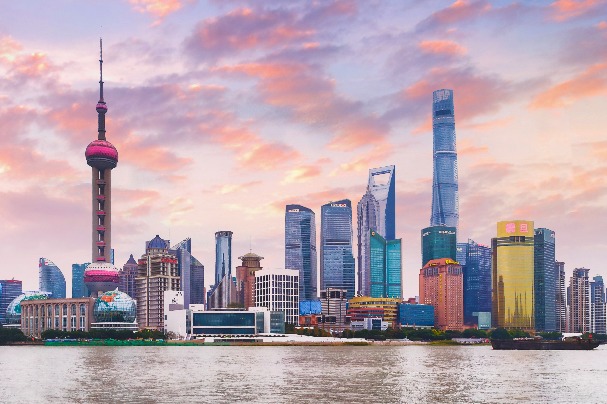 IMF: China's economy to grow by 8% this year
Most Viewed in 24 Hours
Forum trends