By saying "We must end the politics and misinformation that has divided families, communities and the country …" at a gathering outside the White House on Monday to mark the "truly grim, heartbreaking milestone" of more than 500,000 deaths in the country due to COVID-19, US President Joe Biden hit the nail on the head in explaining why it has been the country worst hit by the pandemic.

Although it has just 4 percent of the world's population, the United States accounts for nearly 20 percent of the global COVID-19 death toll, thanks to the previous administration's belated, flawed and ineffectual response to the public health emergency.

The Trump administration knew of the novel coronavirus outbreak and the severity of the pandemic weeks before the first officially reported death from COVID-19 on US soil on Feb 29 last year. The previous administration had also been advised repeatedly by its own infectious diseases experts, other countries, where the epidemic had been effectively subdued, and the World Health Organization on how the virus could be effectively controlled — early testing, early quarantining and early treatment.

However, after losing the golden opportunity to act, it not only turned a deaf ear to expert advice and words of experience, but also resorted to politicizing the virus and the response to it, most notably by trying to stigmatize China in a futile attempt to divert the blame rightly coming its way. That's why even now, nearly one year after the outbreak of the virus, there is still no effective coordination of the country's response to the public health crisis and many people in the US still see mask-wearing as "infringing" on their freedom instead of a necessary measure to protect themselves and others.

The Biden administration has tried its best to reverse the situation since it took office on Jan 20, including providing vaccines, mandating mask-wearing and urging people to observe social distancing.

But as US public health experts say, in a country like the US with a huge landmass and 50 independent states and a largely private hospital system, it is always going to be difficult to get everybody on board with one particular set of strategies. Not to mention the previous administration's "haphazard approach" made that impossible.

It is good to see the US has rejoined the WHO under the Biden administration, which has also vowed to stop politicizing the pandemic and to engage with the rest of the world to fight the virus.

If the vaccines are effective in protecting people from new strains of the virus, and if the pandemic prevention and control efforts being implemented by the Biden administration are maintained, it will only be a matter of time before the US gains control of the virus.

But each life lost speaks for itself about the past errors, and while doing all it can to put an end to this pandemic, the Biden administration should work with the rest of the international community to learn the necessary lessons so the world is better prepared for the next public health emergency.

School starts in Beijing, in-person and on schedule 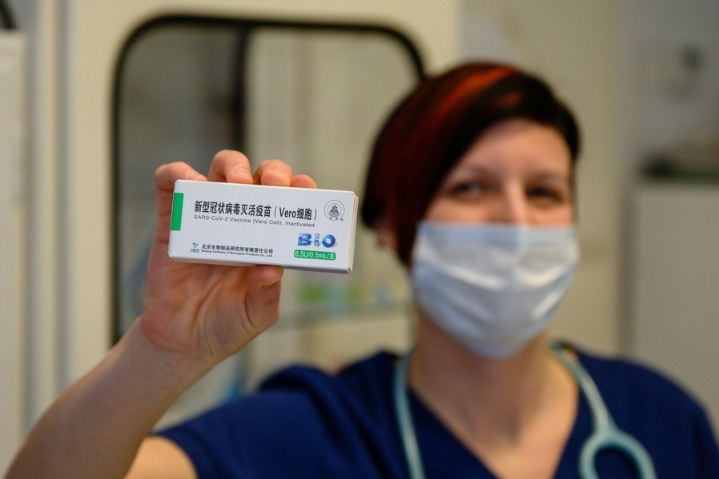