The pandemic has posed severe challenges to the economic growth of African countries and escalated the fiscal pressure and liquidity crises facing their governments this year. According to data released by the International Monetary Fund in June, a total of 22 African countries are in debt distress or at high risk.

Debt problems did not emerge in African countries until the 1970s when the foreign debts of the countries started to rise rapidly due to the expansionary and irresponsible lending of financial institutions in Western countries, especially private ones, as well as loose fiscal policies and lending management in developing countries. Due to the economic crises in Western countries, the rising interest rate of the US dollar and sharp decline in international demand, debt crises broke out in Africa in the 1980s and worsened under the "economic restructuring plan" led by Western countries and international financial institutions. African countries experienced not only a lost decade but a lost quarter of a century.

China, a key lender, advocated and implemented the G20 debt standstill scheme. The Export-Import Bank of China, a bilateral official creditor, has signed debt suspension agreements with 11 African countries. The Chinese government is encouraging Chinese financial institutions to make consultations with African countries on commercial loan debts based on market principles, calling on international creditors and multilateral and private financial institutions to respond to the DSSI. China has also supported the debt relief tools of the World Bank and IMF, including the IMF Catastrophe Containment and Relief Trust.

Moreover, China will cancel the interest-free government loans of 15 African countries that are due to mature by the end of this year and provide support to some countries facing repayment difficulties through negotiations. While the issue of debt sustainability needs to be addressed through economic development, the effects of debt relief can only be fully brought into play through the combination of trade, investment, financial support and assistance. With its early recovery from the pandemic, China has pledged to further advance the agreements reached at the 2018 Beijing Summit of the Forum on China-Africa Cooperation in fields including public health, resumption of work and production as well as economic and social development.

China has never forced debt repayment on any country, including African countries. Instead, it has eased the debt pressure on countries facing difficulties through flexible and pragmatic measures and provided support for the economic development of the countries. China is playing an important role in easing the debt problems of African countries.

Although some countries have hyped the rhetoric of China setting debt traps and maliciously blamed it for the debt issues of African countries, many research institutions including the China Africa Research Initiative of Johns Hopkins University in the United States have refuted these groundless accusations and smears. The World Bank issued the Debt Service Suspension Initiative database this year, making the data of China's debts in Africa more open and transparent.

According to the CARI, the value of China's actual debts in Africa is estimated between $74 billion and $111 billion. Its loans are mainly to 10 African countries with steady economic development.

Of the 22 African countries in debt distress or at high risk, Chinese loans have a large share of more than 25 percent in only seven countries, and remain relatively small in 12 countries, with less than 15 percent of debt stock. From this respect, their debt problems are caused by other creditors which are mainly private and multilateral creditors. Therefore, China's role should not be overestimated in African debt problems.

Only through identifying the facts about China-Africa debt issues can the two sides further their practical and effective cooperation to ease the debt burdens of African countries. Since President Xi Jinping's speech at the Extraordinary China-Africa Summit on Solidarity against COVID-19 has provided a key road map for debt-related cooperation between the two sides, China needs to fulfill its commitment by engaging in consultations proactively with African countries and support and participate in multilateral debt agreements and campaigns that can benefit African countries.

The Chinese and African governments need to be aware of the particularity, complexity and time-costing of debt relief, as debt relief and reduction are not the fundamental solutions to solve Africa's debt problems. Only economic development and the combination of trade, investment, assistance and debt plans can help address the debt problems of African countries. To this end, China and African countries need to fully unleash the potential of the China-Africa comprehensive and strategic partnership, advance deeper economic and trade cooperation, and boost the economic revival of African countries.

The author is an associate researcher with the Shanghai Institutes for International Studies. 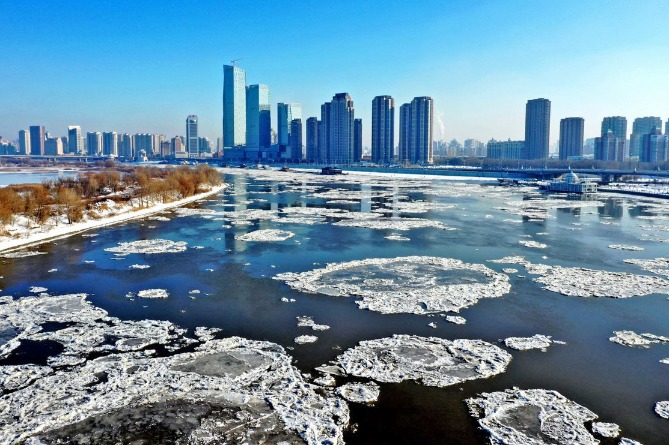