The Eight Hundred: Rise of the little people sounds the national bugle

The recent release of the war genre film The Eight Hundred directed by Guan Hu is attracting a lot of attention. The movie was originally scheduled to be released in 2019. After being affected by the epidemic and other issues, it now finally meets the audience. In the 25 days since its release, the film has generated 2.63 billion yuan in box office. It can be said that this is first box office miracle after the epidemic.

The film is based on the battle of Shanghai in 1938, the Third Theatre of the Chinese National Revolutionary Army 88 Division 524 Regiment of a fortified battalions to defend the Sihang warehouse on the Suzhou River in Shanghai, the movie tells the story of the awakening of the nation by the "800 heroes".

The main highlight of the film is that it goes against the traditional war film's praise of heroes, showing instead the evolution of everyday people into national heroes through the baptism of war as the main story line. It is important to praise heroes, but most people are also full of fear of war and death. Some people will run away from death, some people will witness the blood and grow up in the war. In this way, the emphasis on small people will be more closer to life, so that the audience can establish an emotional bond with the film and also feel more deeply the strength of national cohesion and the patriotic enthusiasm.

In the film, the main character revolves around a group of scattered men who have been taken to Sihang warehouse. Some of them are regular former soldiers, some are deserters, and some are just farmers who have been inexplicably caught.

Director Guan initially referred to them as shrinking mice in the rubble, despised and spurned by others. After Lao Suanpan loses his fingers, his fear of war deepens When Duanwu discovers that Lao Suanpan, who loves life and fears death, is about to escape, Lao Suanpan cries and pleads with him. "The war will always be past, someone will always survive." Duanwu relents and lets Lao Suanpan go.

When the image of Lao Suanpan emerges on the screen, some people think deeply about whether it is really unforgivable for some people to shrink back in the face of war. But when he finally appears in the concession and looks out at Sihang warehouse, his eyes are filled with fear and guilt. He's not unpatriotic, nor a traitor. He's just an accountant who's unable to convince himself to take up guns and get involved in killing. This is Guan Hu's take of war, describing the "ugliness" of war and human nature. Of course, the existence of "ugliness" makes heroes more respectable.

One cannot become a hero overnight. Duanwu and Xiao Hubei are just ordinary people who follow Lao Hulu into the city. When they witness the killing of Lao Hulu the Japanese, their personal journey too begins. Duanwu and Xiao Hubei both grew up to be heroes after experiencing a lot of life and death. Duanwu repels the crazy enemy bombers, but unfortunately sacrifices himself. After witnessing Duanwu's sacrifice, Xiao Hubei chooses to stay when the army retreats to block the large forces. Lao Tie afraid of death drags his wounded leg alone, singing Ding Jun Shan and sitsg behind heavy machine guns on the roof of the warehouse.

The description of war scenes in The Eight Hundred is extremely tragic, but they also build a strong sense of nationalism. When the first soldier Chen Shusheng jumps down, he opens the Japanese defense gap with the weight of his body. This leap shows us that individuals can make sacrifices unimaginable in times of national righteousness and national distress. In the movement of protecting the flag, the deserter team becomes the flag team as it tries its best to protect the flag, filling Chinese people's patriotic heart. This scene is full of a solemn and stirring sense of ritual. This act of sacrificing one's life for righteousness in the face of war affects the audience's heart strongly, satisfies the audience's inner demand for hero worship and spiritual sublimation, and the audience's patriotic enthusiasm is gradually awakened in this tragic and stirring act.

The Eight Hundred carries on the artistic creation on the historical real event, lets us feel the cruelty of the war once again and that life is fragile and powerless in the face of the war, but also precisely because of this ,"800 heroes" shocks everyone's heart and becomes the trumpet to wake up the Chinese people. As the correspondent played by Huang Xiaoming says, "Future generations will remember what you have done; you are the real Chinese people."

The author is from the School of Media, Northwest Normal University. 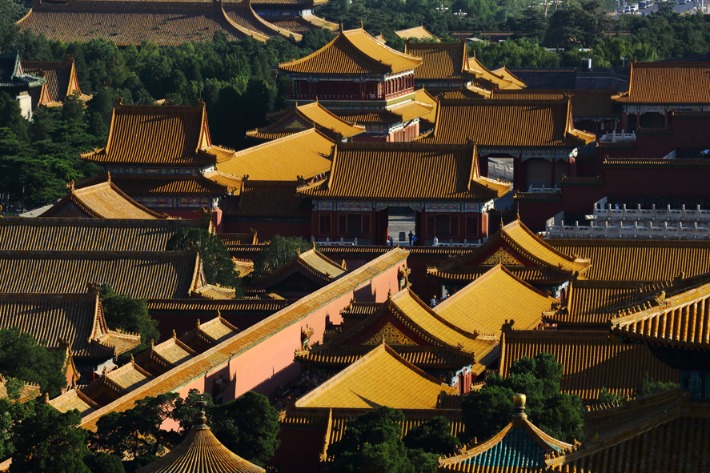