Wider 'circle of friends' can blunt US attacks

The United States-Mexico-Canada Agreement, which the US president has called the "largest, fairest, and most balanced trade agreement in history", formally came into force on July 1. Centered on the basic idea of "America first", the USMCA not only strengthens the rules of origin, intellectual property rights, digital trade, labor, environment and other standards based on the now defunct North American Free Trade Agreement, but also contains a "poison pill" clause in Chapter 32, which says that if any of the three countries signs a free trade agreement with a "non-market economy", the other partners have the right to withdraw after six months and replace it with, say, a new bilateral agreement.

From the perspective of regional cooperation among the US, Mexico and Canada, the "poison pill" clause has limited direct impact on China, and it is difficult for the US to use it to target China in the short term. But from a medium-and long-term perspective and in the context of increasing global economic uncertainties, the ultimate impact of the "poison pill" clause will depend on the outcome of Sino-US disputes at the global, regional and bilateral levels.

From the perspective of trade volume or industrial and value chains, China, Canada and Mexico are not deeply interdependent. Therefore, the direct impact of the "poison pill" clause on China would be limited.

In terms of total trade volume, neither Canada nor Mexico ranks high among China's trading partners. In 2018, the total import and export of goods between China and Canada was $79.5 billion, and between China and Mexico $90.7 billion, accounting for only 1.72 percent and 1.96 percent of China's total goods imports and exports respectively. In particular, given China's declining dependence on foreign trade and accelerated construction of a new economic development pattern, the "poison pill" clause will have little practical impact on China's economy.

Besides, China's industrial correlation with Canada and Mexico is not high, and their links at the value chain level are relatively distant. For Canada, plants, paper, minerals, chemicals and animal products account for over 64 percent of its total exports to China, while minerals, transportation equipment, mechanical and electrical equipment, base metals and products account for 83 percent of Mexico's total exports to China. This shows raw materials and final products that all have strong substitutability dominate Canadian and Mexican exports to China.

The "poison pill" clause is a part of the USMCA, but it is difficult for the US to quickly include the same provision in trade agreements with the European Union, Japan and other major economies, so the risk of the US using the "poison pill" clause to isolate China from the rest of the global economy is basically small in the short term.

Canada and Mexico more dependent on US

The US, Mexico and Canada have a special asymmetrical economic interdependence, and aside from the close geographical connection among the three countries, Canada and Mexico are far more dependent on the US than other countries. Also, the US has significant influence and leadership in the political, military, cultural and other fields in North and Central Americas. Therefore, under the US' "either this or that" pressure, Canada and Mexico signed the "poison pill" inclusive agreement with the US to safeguard their national interests.

But due to globalization, economic ties and interdependence among the world's major economies have reached unprecedented levels. Especially, China, as the world's largest trading country and second-largest consumer market, is playing an increasingly important role in the world economy and global value chain. And considering the disputes between China and the US, adopting an overtly US-favoring economic policy is not in line with the basic interests of the EU, Japan and other "traditional allies" of the US, so it would be difficult for Washington to use the "poison pill" provision against China in the short term.

The US-EU trade negotiations and the second round of US-Japan trade talks are still facing uncertainty. The US and the EU have major differences on global economic governance and dispute settlement, as well as specific issues such as digital trade, aerospace and agricultural subsidies. With US-EU relations deteriorating, the trade negotiations between the two sides have not progressed much.

For Japan, the first-phase of a trade agreement with the US officially came into force on Jan 1, but more important issues such as services trade, investment and digital economy will be discussed in the second round of talks, and the two sides may find it more difficult to reach a new deal.

US may try to rebuild global value chain

Although the direct impact and short-term risks of the "poison pill" clause on China are not high, the power game between China and the US at the bilateral, regional and multilateral levels is probably inevitable, and the "poison pill" clause may become one of the important tools for the US to use to isolate China from the world and reconstruct the global value chain in the medium to long term.

From the historical point of view, the US and some other Western countries have been using the "market economy status" to adopt discriminatory trade policies against China, and the US could use the "poison pill" clause to put extra pressure on China in the economic and trade fields.

China and the US signed the "phase one" trade deal in January, but despite the transformation of the global economic structure, the nature and complexity of China-US trade frictions have not changed. So if the Sino-US power game continues to deepen, the US may put more pressure on other countries to agree to the "poison pill" clause and further expand the scope of regulation and limitation to forcibly decouple the Chinese economy from the rest of the world.

The COVID-19 outbreak and rising global economic uncertainties have exposed the deficiencies in the international division of labor, and some countries' support for building domestic and regional value chains poses an unprecedented challenge to globalization. If "anti-globalization" and "regionalization" eventually signal the end of globalization as we know it, the "poison pill" clause may become the preferred choice of many economies under new multilateral cooperation frameworks.

Although the China-US relationship is facing the most serious challenge since the establishment of diplomatic ties 41 years ago, it does not mean the inevitable decoupling of the two economies. By holding talks on an equal basis, and properly handling bilateral relations, the two sides can effectively deal with the "poison pill" clause.

Apart from properly handling China-US relations, China should also more actively promote multilateral economic cooperation at regional and global levels under the framework of, for example, the Belt and Road Initiative, and try to expand its influence by increasing its "circle of friends" to minimize the potential risks posed by the "poison pill" clause.

Liu Weiping is a researcher at the China Development Bank, and Yu Zheng is a professor of American and Canadian Economic Studies at Wuhan University. The views don't necessarily represent those of China Daily. 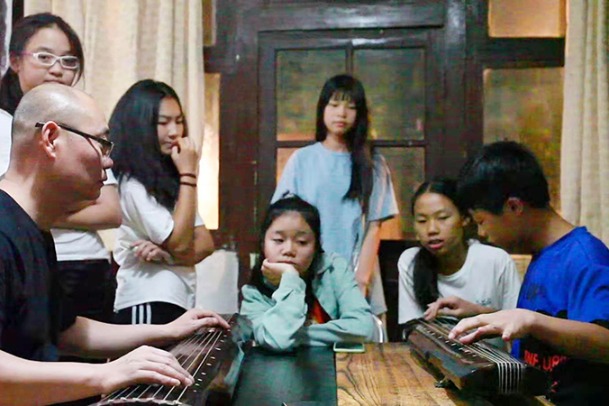 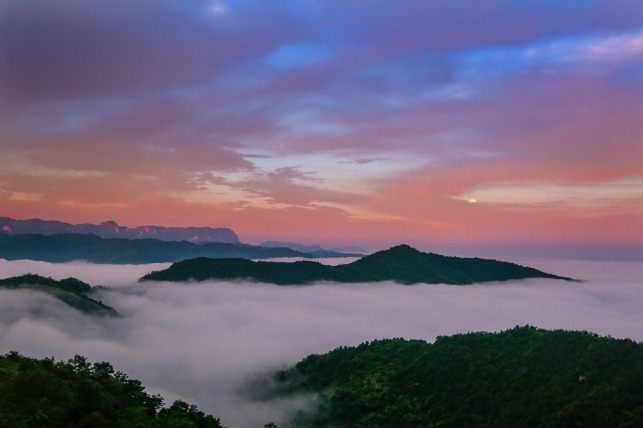