Today there are around 700 million people suffering from extreme poverty in the world, of whom more than a half are in Sub-Saharan Africa. Against this backdrop the Belt and Road Initiative proposed by Chinese President Xi Jinping has seen proactive support and participation of African countries. According to a survey from Afrobarometer, a non-partisan, pan-African research institution conducting public attitude surveys on democracy, governance, the economy and society, in 2016, about two-thirds of Africans viewed China's influence as being "somewhat positive" or "very positive". As of June 2020, a total of 43 African countries had signed cooperation agreements under the framework of the Belt and Road Initiative.

Affected by the novel coronavirus pandemic, the prevention and control costs and health expenditure of African countries have increased greatly. The countries are also supposed to attach importance to resuming economic growth and ensuring employment to prevent local people from returning to poverty or becoming poorer.

In light of this, President Xi proposed at the Extraordinary China-Africa Summit on Solidarity against COVID-19 on June 17 that China and Africa should "strengthen Belt and Road cooperation and accelerate the follow-ups to the Forum on China-Africa Cooperation Beijing Summit. Greater priority needs to be given to cooperation on public health, economic reopening, and people's livelihoods".

Weak infrastructure is the largest hurdle for Africa's development. African countries with weak railway transportation depend largely on road transportation, which makes intercity transportation quite expensive and restricts the production of local enterprises. The fee collection modes of electronic communication devices in Africa also remain to be improved with the charged services of mobile phones, text messages and the internet functioning poorly.

Improving African infrastructure has been the focus of China-Africa cooperation. With the advancement of the Belt and Road Initiative, China has paid more attention to the construction of railways, highways, aviation, ports, power and telecommunication in Africa and promoted the interconnectivity of different African regions. According to the US-based Brookings Institution, China's average annual investment in infrastructure in Africa totaled about $10 billion, accounting for one-third of the total foreign funds of all African infrastructure projects. In October 2016, the railway from Addis Ababa, the capital of Ethiopia, to Djibouti opened to traffic. The railway connecting Nairobi, the capital of Kenya, and Mombasa, the largest port in East Africa also opened in May 2017. The railways are "flagship projects" that have created a large number of jobs and driven investment in industrial zones, tourism and the real estate sector along the railways.

In 2017, McKinsey released a research report entitled "The Next Factory of the World: How Chinese Investment Is Reshaping Africa" highlighting private investment from China has prevailed in Africa. According to the research, more than 10,000 Chinese companies operated in Africa in 2017, mainly in Nigeria, Zambia, Tanzania and Ethiopia. About one-third of the private enterprises, mostly small and micro ones, are in the manufacturing industry. According to research findings of the Heritage Foundation, China's investment in Africa has become diversified.

In addition, China's investment has also gone to industries including real estate, banking, finance, insurance, logistics and retail. Since the implementation of the initiative, China's contribution to Africa's GDP growth has exceeded 5 percent every year. Many Chinese merchants and technicians have settled in Africa and become key forces for driving the sustainable development of the African economy and China-Africa trade as well as technology transfer to Africa in many fields.

Improving the capacity of African countries for self-reliance and inclusive development can help enhance their production capacity and promote the industrialization and export trade of the countries while avoiding long-term poverty through reliance on foreign assistance.

Inclusive development focuses on reducing poverty and promoting social equity while not only providing charitable assistance to vulnerable groups. In addition to humanitarian assistance to meet the basic living demands of the needy, inclusive development is mostly launched through trade, finance and technical training. Since 2015, China has provided Africa with 30,000 government scholarships and trained 200,000 technicians. In 2019, the World Bank released the report "Belt and Road Economics: Opportunities and Risks of Transport Corridors", proposing that the full implementation of the initiative can help 32 million people shake off moderate poverty in the world and make the trade volume of the global market and countries along the route increase by 6.2 percent and 9.7 percent respectively. It expects the growth rate of foreign direct investment in developing countries along the route will reach 7.6 percent.

Africa has 40 percent of the world's natural resource reserves, 60 percent of the uncultivated land and 1 billion growing labor force. There is no reason for Africa to remain poor for African people can create wealth through their own efforts. As the initiative and the summit on China-Africa cooperation against the COVID-19 suggested, what Africa needs is not sympathy or aid but global solidarity and assistance.

The author is an assistant research fellow of the Institute of World Economics and Politics at the Chinese Academy of Social Sciences. The author contributed this article to China Watch, a think tank powered by China Daily. The views do not necessarily reflect those of China Daily. 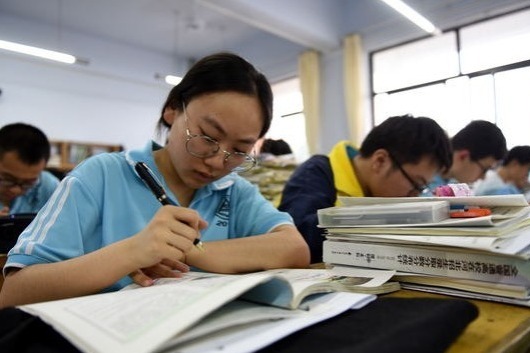