Opportunity for the renminbi

Given the present liquidity shortage of US dollar in the global financial system, the US Federal Reserve is actively improving liquidity through currency swaps with the central banks of many countries, objectively expanding the influence of the US dollar and the Fed in the international monetary system. Due to the noticeable negative impact of the novel coronavirus outbreak, the US economy has slumped and there has been a sharp and continuous rise in its unemployment rate. Despite the short-term panic caused by the outbreak, however, the US dollar shows great momentum. These phenomena signal that there is no currency that can challenge the status of the US dollar under the current international monetary system.

The US dollar has maintained a strong position in terms of its big proportion in foreign exchange reserves and international settlement. At present, although the US' proportion of the real economic GDP in the world's total continues to decline, the US dollar still enjoys the same dominant position it has had since the end of World War II. If the US dollar maintains this status, the US Fed can make the global dollar asset holders share the cost of the country's economic adjustment－undoubtedly, through large-scale quantitative easing. Former US treasury secretary John Connally said: "It's our currency and your problem." The current Federal Reserve Chairman Jerome Powell recently said that investors should not worry about the debt of the United States, there will be no problem in repaying it as long as the Fed has the right to issue currency.

Meanwhile, there are also weak market expectations for the US dollar. Since 2015, foreign governments and international organizations have been net selling US long-term treasury bonds for five consecutive years. Even if government departments and the private sector are taken into account, overseas investors have been net sellers of US treasury bonds in the past five years. It may trigger an underlying apprehension. Therefore, the strong position of the US dollar in the short term and the gradual waning expectations of it in the long term should both be considered.

After the Great Depression and World War II, the US emerged as a super economy with its GDP accounting for more than 50 percent of the world's total, replacing the United Kingdom as the leader of the global monetary and financial system. At that time, the international market was very volatile. With the rise of Japan and Europe, the international monetary system was facing a new round of turbulence, but a relatively stable financial state followed, enabling a positive force for global economic growth.

From the perspective of the general trend, China should further promote and improve the marketization reform of the renminbi exchange rate formation mechanism. This is determined by both the international background of the current pandemic impact and the historical background that the international monetary system is experiencing a transition before reaching a new equilibrium. In such a period, the higher marketization and more flexible volatility will be more likely to absorb the external shocks through exchange rate fluctuation.

It must be recognized that the pace of emerging countries' currencies entering the international monetary system is still relatively slow. China controlled the epidemic relatively quickly, and the renminbi remained relatively stable during the epidemic, showing its characteristics as a safe-haven currency to some extent. But the proportion of the renminbi in the whole international monetary system, whether in reserve currency, trade valuation or investment valuation financial assets, is still significantly lower than the proportion of China's GDP in the world's GDP.

Due to the influence of the pandemic, the international financial market has a greater demand for renminbi assets, which offers a demand-driven opportunity for a new round of renminbi internationalization. China should take concrete actions to optimize relevant financial infrastructure, product structure and internationalize onshore and offshore pricing products that to conform to international practices. Only with these preparations, can international investors be attracted to hold renminbi-denominated assets, so as to gradually enhance the Chinese currency's influence. At present, the payment and settlement system of the renminbi is being gradually improved and it keeps making progress. However, the necessary supporting financial ecological environment that an international currency needs, including the opening of the onshore financial market, the diversification of various issuers, the development of risk management products, and the improvement of financial infrastructure should also be actively promoted. In the future, the further opening-up of the financial market in the Chinese mainland will help the renminbi internationalization progress steadily. As the financial market in the Chinese mainland opens wider, the renminbi's status as an investment currency will be strengthened, which means its role as an international reserve currency will be further reinforced in addition to its use as a transaction settlement currency. The current over-reliance on a single currency in global financial trade is not healthy and will aggravate any future market turbulence. For China, it is crucial to create favorable conditions for the internationalization of the renminbi, provide more renminbi denominated products and smoother financing channels, so as to absorb the international capital that is seeking to be reconfigured into Chinese market.

The author is executive director of the HSBC Institute of finance of Peking University. The author contributed this article to China Watch, a think tank powered by China Daily. The views do not necessarily reflect those of China Daily. 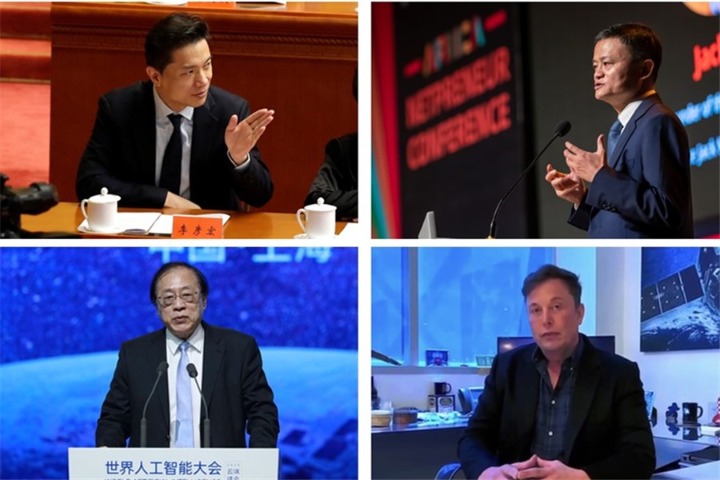