China's fight against coronavirus gives confidence to the world

Everyone has expressed admiration for China's practical, methodical and innovative approach to controlling the coronavirus outbreak.

The performance of the Chinese government and people under their unified will to fight the new virus has received great attention and widespread praise from the international community.

Leaders of more than 160 countries and 30 international organizations have expressed their sympathy and support for China in its fight against the disease.

Experts from different circles in all countries of the world also saw that the effective and firm response measures for prevention and control taken by China demonstrate the superiority and ability of China to mobilize and regulate.

Everyone was confident that China would win the battle thanks to its efforts to combat it, which was reflected in the amazing social mobilization to stop the spread of the virus.

China's national public health emergency management system and its ability to respond to major health emergencies have had the greatest impact on controlling the virus.

It is striking that China's efforts have emerged through the establishment and delivery of many hospitals in Wuhan and other cities and their use within a short period of time, as well as through the work of medical experts, day and night, to treat the patients.

The Chinese government has made tremendous efforts to accelerate the pace of scientific research to combat the virus, prevent its spread through a series of remedial and precautionary measures, and mobilize specialized medical teams and personnel to support the city of Wuhan, the city where the first case emerged; at the same time, the Chinese government is working closely and jointly with the World Health Organization And various parties to address the virus and protect regional and global health security.

This sends a clear message to the world that China is confident about winning the fight.

China's courage and ability to deal with crisis is widespread, and not many countries in the world have it.

The reason the world trusts China's victory is the strong energy that China has unleashed in its fight against the closure of Wuhan, a large city with more than 11 million permanent residents; house-to-house staff members conducting temperature tests; and building a hospital with more a thousand beds within a few days; the presence of medical teams from all parts of the country to help Hubei province; and Chinese companies, especially State-owned enterprises, guarantee the provision of materials;

Chinese engineering technology won the admiration of the world for its speed and size.

Through the Chinese government's construction of a specialized hospital to confront the virus in less than 10 days to make up for the shortage of places in Wuhan hospitals, it turns out that the capacity of the new medical facility reaches a thousand beds and contains prefabricated buildings and fast clinics, and also put all the techniques of Chinese artificial intelligence to tackle the new virus.

In fact, building such a hospital within a short period of time requires the mobilization of the required resources and the localization of employment and professional competencies in a short time.

This success is added to the successes of China in other fields.

And here we are now seeing how countries are racing to ask China for its help, which with all the courage China has made to help all countries of the world and the peoples of the world.

The word thank you in all the languages ​​of the world is not enough to say to China, it is a model of excellence and assistance that is unparalleled.

The author is a consultant of UNCTAD, former president of Saudi Arabian International Corporation. 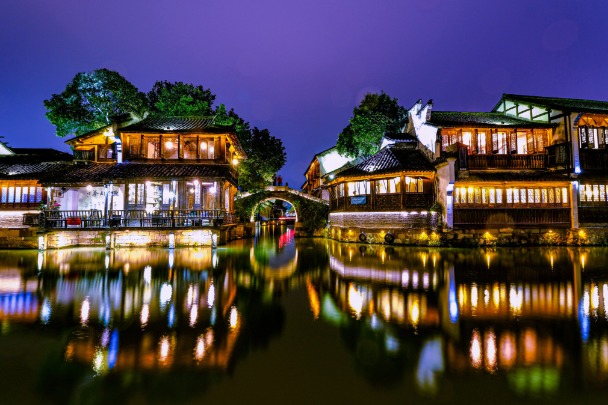