US witch hunt of China does world no good: China Daily editorial

A Republican senator in the United States has reportedly introduced legislation to ban federal employees from using the popular social media app TikTok on their devices, accusing the company of sharing data with the Chinese government. It is not a surprise that TikTok has become another target for the US in its witch hunt of Chinese technology leaders.

Senator Josh Hawley said that TikTok was scooping up immense amounts of data and sharing it with the Chinese government, which he alleged it was required to do.

Once again, the accusation has been made with no evidence at all to back it up. It is obvious that all the accusations against TikTok about the threat it may pose to the national security of the US come from some US politicians' assumptions and guesses, based on the practices of the US. The same is true with their accusations against China's telecommunications giant Huawei.

The hollow accusations of these US politicians are filled with their ideological bias against China, whose nature as a country ruled by the Communist Party of China they strongly believe decides that it cannot be trusted.

Their fundamental obsession with China as a "godless" communist country has become increasingly evident as the CPC has demonstrated that it can lead the nation to its rejuvenation as a major power. This is a fact of life that they are unable to accept despite the Chinese leadership's reiteration on different occasions that it adheres to a peaceful development path.

It is inevitable that China will continue to develop for the well-being of its people. In doing so it will also make a significant contribution to the world and help realize the sustainable development goals put forward by the United Nations.

When the world is facing a myriad problems such as climate change, the spread of the novel coronavirus, regional military conflicts, terrorism and poverty alleviation, among others, the joint efforts of the US and China have never been so urgent and necessary for effective solutions.

It is the lack of political trust between both countries that has made it impossible for better global solutions to the many problems humanity faces.

The witch hunt of Chinese companies by US politicians and their stigmatization of China in whatever way they can will only make bilateral relations deteriorate further, which will do nothing but a disservice to the global efforts to overcome pressing common challenges.

To make this world a better place requires the joint endeavors of the two countries, it is high time US politicians gave up their political bias against China. 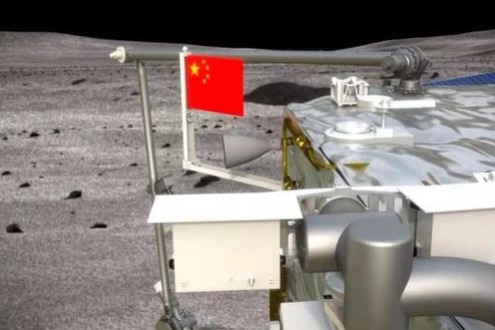