Washington hypes up threat theory for its own agenda

The report, which covers a range of China's efforts to modernize its military, paints Beijing as a growing threat to not only the Asia-Pacific region but also the Arctic region and beyond. More importantly, it makes no secret of the US' intention to act if Taiwan faces a threat from Beijing.

Like most of the US' so-called studies and analyses on other countries, the report pieces together carefully selected "evidence" from various sources to serve Washington's interests. No wonder the report highlights the US' Indo-Pacific strategy, whose main aim is to contain China and other countries that are not US allies.

The US is reportedly planning to unveil a new version of its Indo-Pacific strategy in Singapore later this month, which will be conveniently buttressed by the report. By depicting China as a potential security threat, the US aims to compel other countries in the region to support its strategy.

But in its blind pursuit of hegemony the US has ignored the intensive economic, trade and people-to-people exchanges between China and other countries in the region, including US allies, which have helped lay a solid foundation for one of the world's largest free trade areas, and fuelled some of the most robust economies.

The Indo-Pacific region, which is home to more than half of the world's population and contributes to nearly half of global economic growth, has been largely peaceful and stable for decades thanks partly to China's economic and foreign policies.

As such, the US should not expect its allies to sacrifice their economic development to counter a non-existent threat.

By hyping up the threat posed by China's military, Pentagon can ask the US administration to increase its military budget－which at $716 billion this year is equal to the cumulative defense budget of other nine countries in the top 10 list. The report therefore is the US' latest excuse to further boost its military budget. 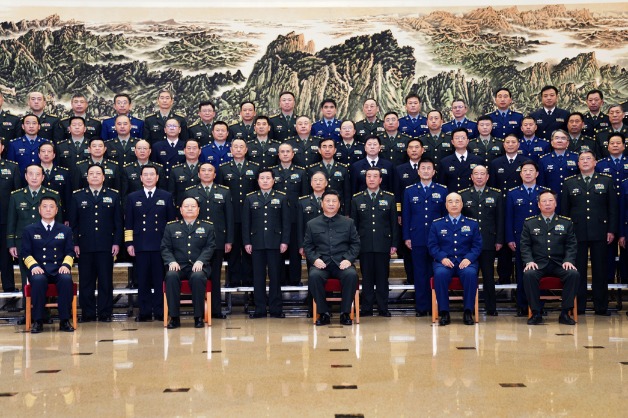