The year 2019 marks the 60th anniversary since the launch of democratic reform in Tibet. In traditional Chinese culture, the 60th year is always memorable as it completes a cycle called the jiazi, a concept unique to the Chinese calendar.

Tibet's democratic reform that began six decades ago gave a new life to Tibet and the ethnic peoples living there.

These 60 years have changed Tibet completely. Tibet's democratic reform is the greatest and most profound social transformation in the history of Tibet. By abolishing serfdom, a grim and backward feudal system, Tibet was able to establish a new social system that liberated the people and made them the masters of the nation and society, thus ensuring their rights in all matters.

These 60 years have turned Tibet into a beautiful home to the people of Tibet. Tibet's democratic reform opened up bright prospects. With the strong support of the central government and the rest of the country, the ethnic peoples of Tibet have spared no effort in forging ahead and transforming their poor and backward old land into a beautiful new home that is economically prosperous and socially advanced, with a sound ecological environment where people live in happiness and contentment.

These 60 years have seen solidarity and the enterprising spirit of the people in Tibet. Thanks to democratic reform, the ethnic peoples of Tibet and the rest of the country have worked together with one heart to develop ethnic relationships characterized by equality, unity, mutual support and harmony. In the fight to guard national unity and oppose separatism, the people of Tibet have closely followed the leadership of the Central Committee of the Communist Party of China (CPC) in the face of all forms of hardship, challenge, and test, reinforcing the communal strength of the Chinese nation.

These 60 years have seen a great leap of social progress. Under the strong leadership of the CPC, Tibet has been able to transform from a society under feudal serfdom to socialism, from poverty and backwardness to civility and progress. As Chinese socialism has entered a new era, the ethnic peoples of Tibet, led by the CPC Central Committee with Xi Jinping as the core, are working together with the people of the rest of the country to realize the Chinese Dream of national rejuvenation.

I. Feudal Serfdom: A Dark History

For centuries Tibet was ruled by theocratical feudal elites. Millions of serfs were subjected to cruel exploitation and oppression until democratic reform was launched in 1959.

－Serfs deprived of all rights by the three major estate-holders

The laws of old Tibet divided people into three classes and nine ranks, legalizing the unequal status of different groups and allowing the estate-holders to deny all human rights of their serfs. In the government, controlled by the three major estate-holders (government officials, nobles, and upper-ranking lamas in monasteries), all levels of officials came from the families of high-ranking lamas and nobles. Children of major noble families, upon birth, would automatically obtain the fourth-highest official rank, and they could take key positions in government when they were 17 or 18 years of age. Children from middle-ranking and lesser noble families could also take up official positions in government after spending some time studying at official training schools. Most monk officials were lamas from noble families, while serfs, who constituted the vast majority of the Tibetan society, struggled hopelessly on the very bottom rung of society.

The three major estate-holders applied every means to maintain feudal serfdom, with cruel and barbarous laws and punishments imposed by judicial organs and courts set up within their scopes of influence. Apart from jails set up by the government, there were penitentiaries and private jails run by large monasteries and aristocrats where instruments of torture were kept and private tribunals were held. They cast verdicts, flogged and tortured serfs, had them chained and shackled. Volumes of documents written in Tibetan testify to the savage punishments meted out to serfs, such as cutting off the tongue, nose, hands and feet, making them wear stone hats, gouging out the eyes, pulling out tendons, skinning, drowning, and even feeding them to scorpions. The Snang Rtse Shag, located to the north of the Jokhang Temple in Lhasa, used to be the judiciary of old Tibet. Infamously known as a "living hell", this was where serfs were tortured and slaughtered at will to supply the upper class of the Kashag (cabinet) regime and high-ranking monks with such horrible offerings as human head, skin, flesh, heart, and intestines, which were considered "necessary" when chanting certain scriptures.

－Land, pastures and other means of production monopolized by the three major estate-holders

According to statistics gathered prior to democratic reform, a staggering 99.7 percent of all the 220,000 hectares of cultivated land in Tibet was owned by the government (85,580 ha), the monasteries and high-ranking monks (80,960 ha), and aristocrats (52,800 ha), while the remaining 0.3 percent of cultivated land was owned by a handful of land-tilling peasants in remote areas. Most pastures were controlled by herd owners. A ballad among serfs of the time goes:

Even if the snow mountain melts into butter,

It is the property of the masters.

Even if the river water turns into milk,

There is not a single drop for us.

The bondage of serfs to the land owners was protected by the powerful theocratic rule. The Kashag regime prescribed that all serfs must stay on the land within the manor of their owners. They were not allowed to step out of the manor without permission; fleeing the manor was forbidden. Any serf who attempted to flee might receive a lashing as punishment or have their feet chopped off. The Kashag and the Dalai Lama also issued decrees prohibiting the furnishing of refuge to fleeing serfs.

With their absolute control of land, the three major estate-holders held the power of life, death and marriage over their serfs. Since serfs were their private property, they could trade and transfer them, present them as gifts, use them as gambling stakes or as mortgages for debt, or exchange them at will.

The three major estate-holders also imposed heavy corvée labor on serfs. For example, before the liberation of Tibet in 1951, the Darongqang Manor owned by Gyaltsap Tajtra held a total of 96 ha of land, and 81 able-bodied and semi-able-bodied serfs. They were assigned a total of 21,266 corvée days per year, including 11,826 days working for their owners and 9,440 days for the government. The average corvée labor of each serf amounted to 262.5 days a year, or 72 percent of their entire year of labor.

In old Tibet, the three major estate-holders possessed almost all means of production. They burdened their serfs with inhumane taxes and levies. The Kashag regime alone imposed some 200 different taxes. Serfs had to borrow money to survive, and more than 90 percent of serfs were in debt. Serfs were burdened with all kinds of debts such as debts passed down from previous generations, new debts, debts resulting from joint liability, and debts apportioned among all the serfs. The debts that were passed down from previous generations and could never be repaid even by succeeding generations accounted for one-third of the total debts. There was a widespread ballad that described the debts that bound serfs:

The debts owed by the grandpa of my grandpa

Could not be paid off by the father of my father,

And the son of my son

Will not be able to repay even the interest.

According to statistics collated in 1959-60, during Tibet's democratic reform usurious loans of 236,600 tons of grain and 700 million liang of Tibetan silver were written off. The loans written off during democratic reform surpassed the entire 175,000-ton grain output of the whole of Tibet in 1958.

－Strict mind control in the name of religion

The three major estate-holders exercised mind control over serfs so that they accepted their fate in the hope of entering the "Elysium" after they died and obtaining "happiness in the next life". In Tibetan Travel Notes (Chibetto Taizaiki), a Japanese monk named Tokan Tada, who entered Tibet in 1913, wrote: "The Tibetans are very religious. They are convinced of their sins, and believe that the Dalai Lama's heavy taxes are a means of redemption. They also believe in happiness in the next life if their sins are cleansed in this life."

In Abolishing the Feudal Privileges and Exploitation in Tibetan Lamaist Monasteries, well-known Tibetologists Wang Sen and Wang Furen wrote: "From 1958 to the spring of 1959, one chapel in the western suburbs of Lhasa, for the purpose of prayer, asked for 27 human heads, six skulls, four leg bones, one full human skin, one corpse, 14 bundles of intestines, eight chunks of human flesh, and nine bottles of human blood."

After presiding over the enthronement ceremony of the 14th Dalai Lama in 1940, Wu Zhongxin, chief of the Commission for Mongolian and Tibetan Affairs of the National Government, described the situation in old Tibet in his "Report on Tibetan Affairs on a Mission": "People of all classes and ranks believe they are destined to belong to a certain class or rank from the previous life, and they are accustomed to it. Even those in the lowest rank are content with the status quo." Monopolizing the spiritual and cultural life of the Tibetan people, the three major estate-holders attacked as heresy any idea or culture that ran contrary to their interests. The Tibetan scholar Gedun Chophel, who exposed the corruption and degeneracy of monks and advocated reform in Tibetan Buddhism, was imprisoned and persecuted by the Kashag government.

Police pitch in to keep Changjiang River at bay 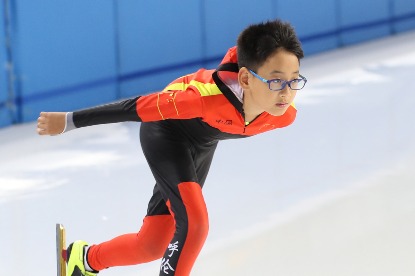 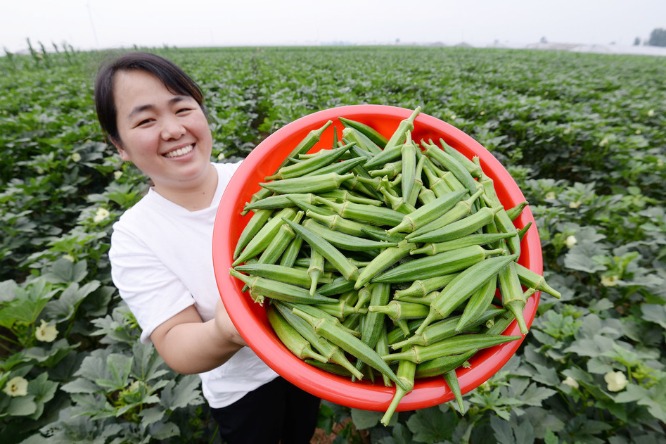 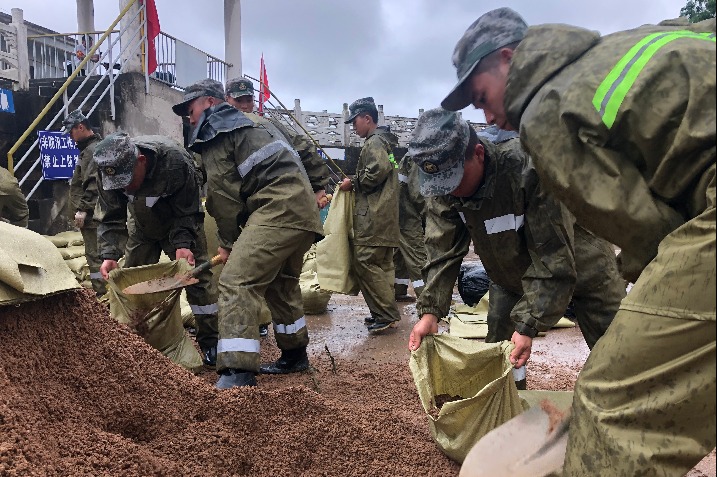 Watch it again: East China's Anhui province on the frontline against floods 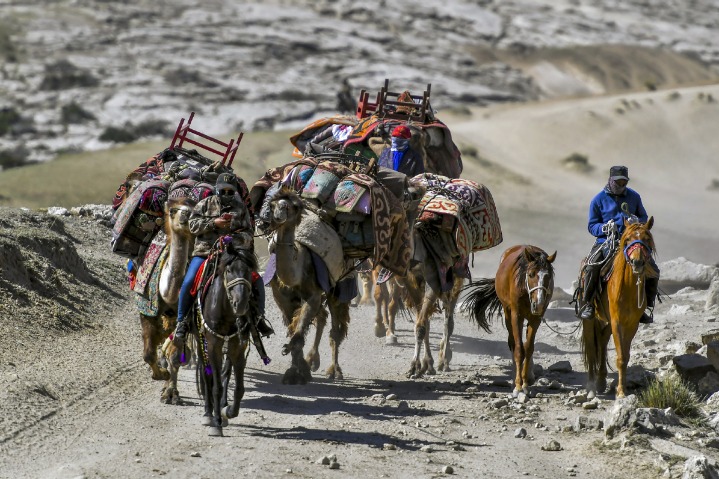 In search of greener pastures

China can water down impact of floods