B&R to open new path for renewable energy in Africa

Long before I arrived in China, President Xi had announced the launch of the Belt and Road Initiative. His first public statement on the initiative was in Kazakhstan, in a speech delivered at Nazarbayev University in 2013. Since then the initiative has gathered momentum, and at The Belt and Road Forum for International Cooperation in May 2017 President Xi reiterated China's commitment to this project by announcing 380 billion yuan in new lending for participating nations and 60 billion yuan in coming years to developing countries and international organizations that join the program. Estimates by consulting firm PwC predict that over the next 10 years China will invest about $1 trillion in the initiative.

As an aspiring international law specialist, I came to China to study its language and culture, thereby enriching my knowledge of this important and ancient civilization. My path follows the footsteps of many Ethiopian leaders who have earned degrees from Peking University and other Chinese higher education institutions. Most notable among which is the current President of Ethiopia, President Mulatu Teshome Wirtu, who has two degrees from Peking University: a Bachelors of Philosophy and Political Economy and a PhD in International Law.

Through a Masters of Laws at Peking University I aim to simultaneously cultivate my existing knowledge and appreciation of China and international law. Not long after my studies began and my exposure to the Belt and Road Initiative grew, I came to realize that it would re-shape Africa’s relationship with China, and vice versa.

Witnessing the evolution of the BRI into an unparalleled trading network is one of the reasons why my interest in the Africa-China relationship has grown. Sometimes Africa-China and China-Africa are used interchangeably. In this article, the Africa-China paradigm is employed to present President Xi's One Belt One Road Initiative from an African lens. One element of the Pan-African ethos is its call for collaboration between African countries and the diaspora for the political, economic and social progress of the continent. It is a perfect fit for a win-win relationship with China under the B&R Initiative.

Of the numerous projects under B&R is the revitalized Eastern African railway network. At the moment Kenya and Ethiopia have signed memorandums of understanding with Chinese companies for the construction of multiple railway lines. Of note are the Addis Ababa–Djibouti and the Nairobi–Mombasa lines. Ethiopian Emperor Menelik II was the first to envisage and construct a railway network from Addis Ababa to Djibouti, called the Ethio-Djibouti railways, between 1894 and1917 in collaboration with France. It ran successfully for over a century until it fell apart in the 2000s from lack of maintenance. Today a modified version of his vision was reborn as the Addis Ababa–Djibouti network, running virtually parallel to the old Ethio-Djibouti railways.

As part of the B&R Initiative, in 2011 contracts were sought by and awarded to two Chinese companies by the Ethiopian Railway Corporation for the new Addis Ababa–Djibouti railway. Construction of the $3.4 billion project that will cut the journey time from 3 days to 12 hours is complete. Ethiopia plans to expand on this project and lay down a 5,000 km railway line connecting it to Kenya, Sudan and, South Sudan by 2020. This vision has the potential to link multiple trading hubs in Eastern Africa to Chinese ports, facilitating trade among them.

Moving forward the countries could connect the railways with renewable energy links, potentially tapping into the hydropower from the Grand Ethiopian Renaissance Dam. Regional integration of renewable energy links in East Africa will help secure the long-term future of the railway by securing a reliable energy source. Such an approach could realise President Xi’s vision to “develop global energy interconnection and achieve green and low-carbon development”.

President Xi once cited the Chinese saying “Peaches and plums do not speak, but they are so attractive that a path is formed below the trees”. Four years into the Belt and Road Initiative, we have seen its fruits ripen and the paths under the trees lengthen. With a scale-up of renewable energy to power Eastern African railways, we could see the Belt and Road Initiative bear more fruit still.

The author is Masters of Laws in Transnational Law from Peking University. 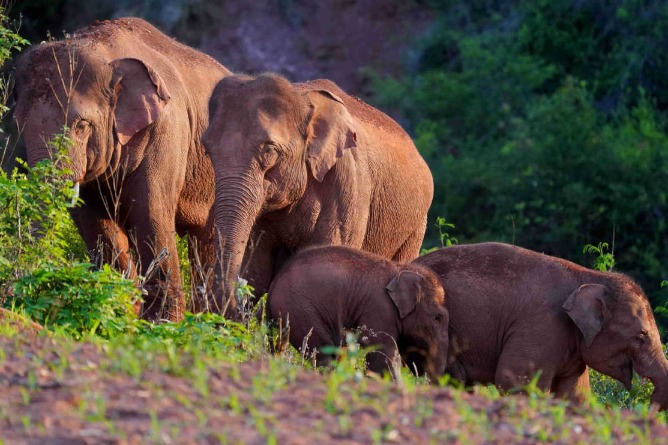